Here's a bunch of puppies predicting the Super Bowl outcome 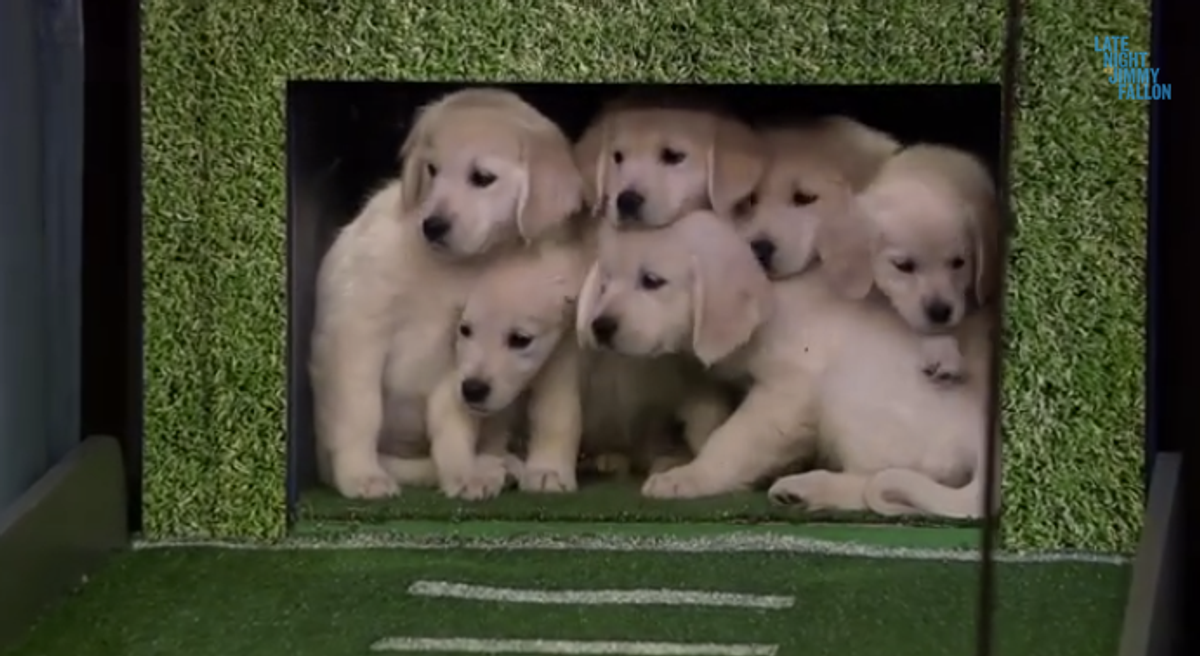 They might not be as good with numbers, but puppies are definitely cuter than Nate Silver, who predicted that the Seattle Seahawks would win the Super Bowl by a narrow margin.

Upon a pre-approved suggestion from the audience, Jimmy Fallon coaxed six adorable puppies out of a box on "Late Night," hoping that they'd venture to one of the two bowls of dog food -- one labeled for the Denver Broncos, and the other for the Seattle Seahawks.

Though there could very well have been a tie, four of the timid puppies stayed back -- leaving only two to make the call: