Turns out there's something both sides in DC can agree on. The problem is it's depriving the needy of food 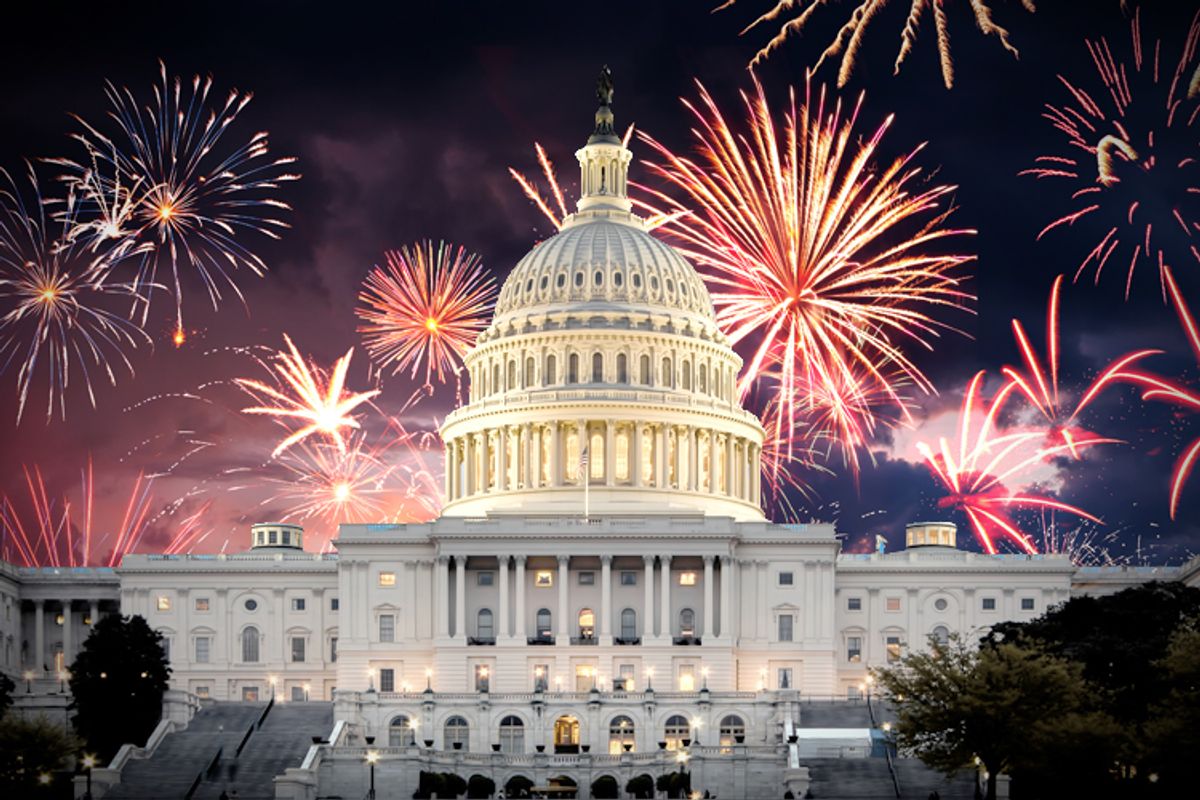 Based on reports from the Beltway, there's good news out of Washington this week. "We are on the verge of achieving major reform," touted Sen. Debbie Stabenow, D-Mich. "Things are actually starting to work," exclaimed one published analysis. "Just the way Congress is supposed to work!" cried another.

From a certain perspective, these assessments are right. Congress, long stymied by dysfunction, was able to pass a farm bill through the House, and the Senate and president appear likely to complete the process. In an environment where very little legislation gets passed, it's a sign of democratic progress to see an exception to the trend.

But any celebrating assumes that the only thing that matters is process. By this way of thinking, if both sides come together and pass something (anything), this is intrinsically a good thing. In this worldview, all that matters is bipartisanship and passing things.

But what if outcomes matter, too? By that standard, the bill's passage looks different. While a historic recession leaves millions of Americans looking for work, and millions more holding down jobs that still keep them in poverty, the demand for food assistance has obviously grown. So, how much does the new farm bill increase funding for SNAP (the Supplemental Nutrition Assistance Program, or food stamps) during this time of record poverty?

The answer, of course, is it doesn't. Not only does it not increase funding for the program to meet growing demand, it will cut it by nearly $9 billion over 10 years. Put in more tangible terms, 850,000 low-income households will take huge hits to their ability to afford food, according to Bread for the World president David Beckmann, and the average family in need will lose around $90 per month.

What does that mean in even more tangible terms? Parents skipping meals so their kids can eat. And teachers and principals seeing more children coming to school hungry.

And this comes just two months after an additional $11 billion was cut from the program due to benefits that expired from the 2009 stimulus bill.

"In New York City, we've already seen what happens when SNAP benefits are cut," explains Triada Stampas of Food Bank for New York City. "Eighty-five percent of our food pantries and soup kitchens saw more people on their lines after the November cuts than they saw in the immediate aftermath of Superstorm Sandy. Roughly half reported food shortages in that first month alone ... This cut will take away 70-100 million meals in New York City. The emergency food system will absolutely not be able to fill that gap, particularly not after the cuts that already took place."

These are the results of this legislation now being held up as proof Washington works again. And while House Republicans led the charge for the cuts, Democrats are not blameless either. The president has signaled that he’ll be "pleased" to sign the bill. And for reasons they'll have to explain and reckon with, Senate Democrats essentially opened negotiations with the Republican-led House by passing a bill to cut SNAP by $4 billion. In other words, they wanted to cut the program; had they not, they could have passed a bill with an increase or no change at all (which was strongly encouraged by the progressive House caucus).

The final product may not approach the extreme levels preferred by anti-government activists (the House measure sought a sociopathic $40 billion in cuts), and it may show that democracy as a process can still function. But it will make hungry people hungrier at a time of rampant poverty. Hooray!