Terrible CGI, and laughably predictable plots. "I, Frankenstein" is just the latest in a long string of horror duds 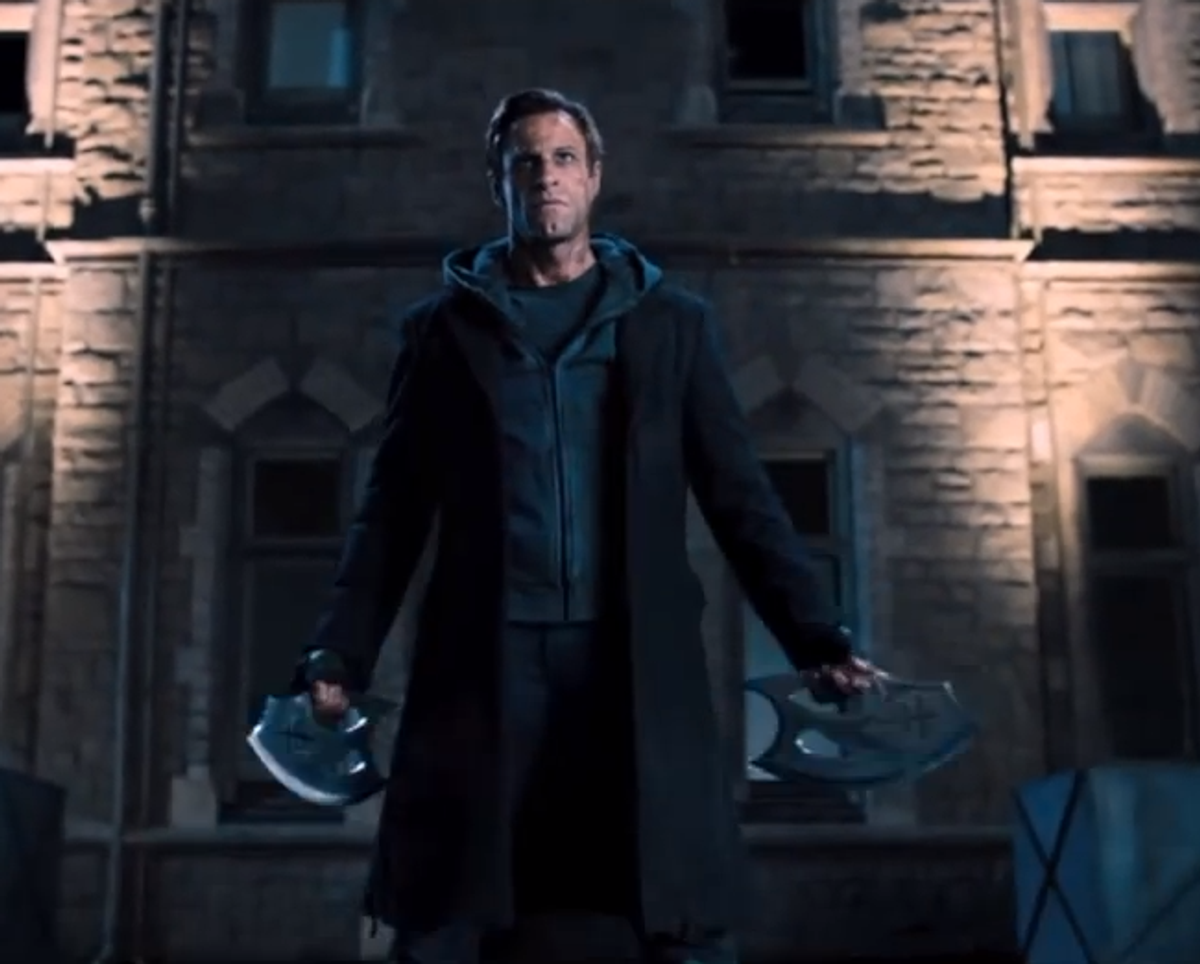 Stop me if you’ve heard this one:

A dangerous outcast creature is trapped in a war between two deadly supernatural forces. This creature isn’t sure where its loyalty lies, but through a series of betrayals and evil machinations, and aided by a kindhearted human being with whom he/she shares some awkwardly scripted sexual tension, he or she ultimately decides to fight for the good guys. There’s a surprise revelation, a couple more betrayals, and then a gigantic climax wherein the good guy creature is near death after a battle with a newly monstrous antagonist. At the last minute, they reveal surprising inner strength with the aid of the aforementioned human and conquer the evil leader, thereby saving mankind.

Welcome to the world of "Underworld Legion Priest" "I, Frankenstein." It follows the aforementioned formula pretty much to a T, and that’s about all you need to know. Instead of vampires and werewolves, or priests and vampires, or angels and demons, this time it’s gargoyles (!) and demons, the gargoyles being an army sent down by Heaven to watch over mankind. Instead of a rogue vampire or rogue priest or rogue angel, the protagonist is effectively a rogue human — Frankenstein’s monster, played with spectacular blandness by a tragically wasted Aaron Eckhart, who has really fallen down a hole of terrible scripts after his terrific performance as Harvey Dent. Frankenstein’s creature, dubbed Adam by Leonore (Miranda Otto — oh, honey, no), the queen of the gargoyles (!!), is set against the demon prince Naberius (Bill Nighy, the film’s lone interesting spot), who wants to find out the secret to his reanimation so that he can animate a crapload of dead people, get them possessed by his demon brethren, and take over the world and holy sh*t, I really did just write that sentence, didn’t I.

There are battles and noble speeches and villainous declarations and everyone is vaguely British for no good reason, except for Adam, who after 200 years in the wilderness is now American. Also, apparently during those 200 years he learned how to sculpt his hair immaculately, but not how to do laundry or wash his face. The bad guys are baaaaad, and wear suits and all look like the Dark Prince Of The Ill-Fitting Brooks Brothers Cabaret. The good guys all wear curiasses and kneepads and there are enough capes to make you think that it’s Spartacus Day at Comic-Con. Except when they dramatically turn into the giant gargoyles, which fly and grunt and are huge and dangerous looking, which naturally means that 50% of the time they fight — and get killed — in human form, because I really don’t know.

"I, Frankenstein" is horrible, folks. I can’t really put it any better than that. But I guess it’s no morehorrible than any of the above noted films, which all use the same formula, which all trade role players around — Nighy is in the "Underworld" films, as is Kevin Grevioux (who actually wrote both the comic book this is based on, as well as the screenplay). I’m frankly surprised that "Legion" and "Priest" don’t share any links, since they hew so closely to the same exhausted tropes, but then again they have the same director and writer and lead actors, so they’re sort of parallel in that sense. I was halfway expecting Paul Bettany to pop up anyway, as if he heard the clarion call of idiotic mythology and couldn’t resist its siren song, and writer/director Stuart Beattie just threw him in there because it was a slow shooting day. Regardless, if you’ve seen any of those films, then "I, Frankenstein" becomes utterly predictable. In fact, if you’ve got even two or three neurons capable of firing at even half-speed, you should basically already know how the whole thing goes and thereby want to avoid it.

There are other actors in the film, I suppose. The lovely Yvonne Strahovski is there as a scientist, and she gasps a lot and uses a few long words, and also tosses her hair around really well, like a Pantene model in business casual surrounded by sh*tty CGI monsters. Jai Courtney shows up as Leonore’s Gargoyle Lieutenant, or something, and he scowls often and mumbles and flexes his biceps in a menacing fashion. Courtney was actually quite good in "Jack Reacher," but then "Die Hard: Oh God Why" happened and I think he pretty much bludgeoned his career to death as a result. There are other people in it but really, who cares?

The action is amazing only in that it somehow manages to be frenetically edited, yet utterly boring. The entire film has that bluish tinge to it — call it the "Gothika" effect — that film makers use when they don’t understand how to design a set or hire a competent cinematographer. There’s a scene where Adam battles a gargoyle and they practically destroy an entire building, and it’s completely dull. It takes a special gift at directing to create a vignette wherein two supernatural creatures battle in a urban area and destroy a building, and my first instinct is to take a nap.

I’m bored even writing this, you guys. What else do you want? What else could you possibly want to know? Oh, I know, some of you are going to defend the "Underworld" movies, and those of you who do so should be wearing helmets and bibs at all times. But for what it’s worth, "I, Frankenstein" is probably worse than those. The effects are passable, but the plot, dialogue, editing, script, pacing, set design, and acting are all somewhere between mediocre and absolutely terrible. It actually wrapped in 2012, but then they spent a year converting it to 3D which I can safely inform you was not time well spent. "I, Frankenstein" is, like the "Underworld" films, very blue and very bland in any dimension. It’s the perfect film for the festering trash heap that is the mid-January release dump. I hated it. I hate you. I need a drink.