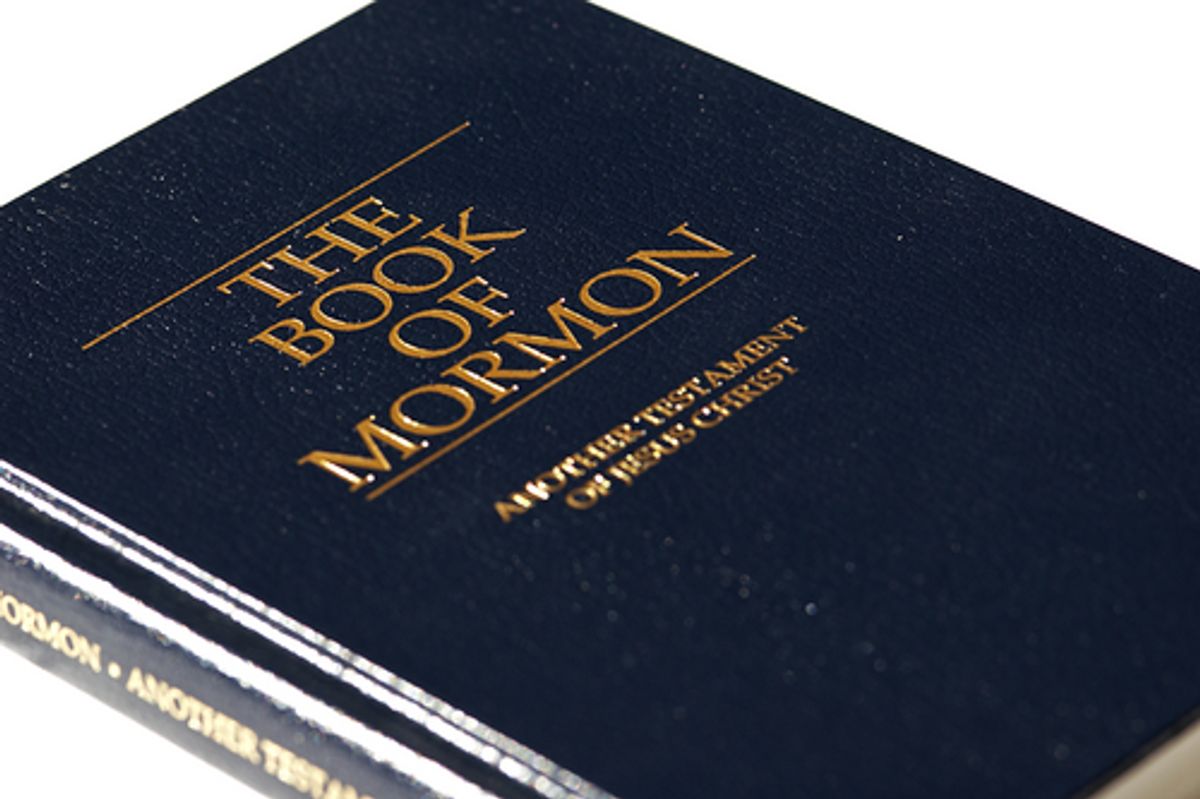 On November 3, Religion Dispatches published an interview with Katrina Barker Anderson about her nude art project, Mormon Women Bare. About ten days later, KUTV, a local Utah television station, did a feature on Anderson and her project.  A week later, Salon reprinted Anderson's RD interview [as per an agreement with RD –Eds]—shortly thereafter, the project officially went viral.

In some ways the attention isn't surprising: viewing naked people is one of the primary uses of the internet, and the peculiar twist of LDS women being the subject of nude photography is so unexpected that it's hard not to be intrigued.

But despite the scrutiny focused on The Church of Jesus Christ of Latter-day Saints during Mitt Romney's 2012 presidential campaign, individual Mormons aren't used to attracting widespread or sustained attention. They've had both the luxury and liability of assuming that their ideas about their faith and its role in the lives are of very limited interest to the world at large—in part because reactions to Mormons can be so kneejerk, dismissive, sophomoric and tired ("LDS more like LSD haha!" or “Typo in Mormon—should be Moron LOL”).

While the project has attracted its share of such dismissals, interest has been widespread.  “I  can’t keep track of all the articles written about it and in how many countries they've appeared,” Anderson said. “I’ve had website hits from every continent except Antarctica. Seeing the site stats has been quite the lesson in geography!”

Much of the response has been positive. A recent editorial by Salt Lake City art historian Alexandra Karl in the Salt Lake Tribune called Anderson’s work “truly groundbreaking” in the way it “diverges from her [LDS] contemporaries and predecessors, by specifically targeting LDS ‘modesty culture.’” (As if to illustrate Karl’s point about Utah’s collective squeamishness about nudity, the Tribune did not provide a link to Anderson’s site.)  Many articles have praised the project’s intentions of helping women reclaim and love their bodies as beautiful even when flawed, and Anderson has created an “Appreciation” page on the website featuring some of the supportive emails she has received.

But wade into the comment section of almost any story about the project, and you’ll find plenty of criticism: posing nude to fight patriarchy only feeds patriarchy; the photographs aren’t artful enough, the women aren’t pretty enough; they aren’t righteous enough to see how their actions damage themselves and the LDS Church; they aren’t smart enough to see how awful the LDS Church is.

All of this is something of a shock to women who thought they were making a small personal statement for an obscure website about body acceptance.  Grace, one of the first women to be photographed, said that one day, “I took a break from studying to look at Jezebel and I saw myself on the feed. On Jezebel! I still haven’t gotten used to seeing a naked picture of myself pop up every time I log onto Facebook.”

The attention was so overwhelming that one participant asked Anderson remove her photos.  But most of the other 12 participants, nine of whom spoke with me, say that they do not regret participating.

“I chose to participate at a point in my life where I felt powerless and needed a boost,” said Amanda. “Being photographed had the amazing effect of allowing me to fully accept, not just my body, but everything I am. Every flaw, every imperfection, every strength. It all makes up who I am, and my participation allowed me to accept and love myself fully.”

When Katrina emailed me these photos, I absolutely, completely, unashamedly fell in love with myself. It was the first time I’d seen a picture of ME, and there was no hiding behind cute clothes. What I loved about myself, the way Katrina captured all of my vulnerability and loveliness, was pure, undefiled, soulful Renee. In this case, clothes would have been a distraction. Interesting, since generally it’s thought that nudity is the distraction.

Kara likewise was intrigued by the way the project managed to

strip away the artifice of the corporal. When there aren’t distracting elements like clothing to give context like class for example, you are forced to engage with the actual person—who are they really? MWB gives us the clue of their homes, but even then, I think the viewer is more engaged with discovering the personality of each subject than they would otherwise be.

“I would absolutely do it again,” said Katie, who posed with her nine-day old infant.

I'd be lying if I didn't have the occasional moment of shock and shyness, or wondering what on earth I was thinking when I decided to put my boobs on the internet, but aside from worrying that my mother-in-law or my boss is going to find out some day, I don't fear what anyone thinks about it.

While a few women mentioned worrying about what their mothers would think, none reported receiving any criticism from their mothers or sisters. However, a couple of women mentioned that they had received very harsh condemnation from brothers and/or fathers, which of course is part of the whole point of Anderson’s project: men in Mormon culture often claim the right to control women’s bodies.

But for Macy, claiming authority over her own body and posing for the project “actually helped me draw closer to my own spirituality and being more true to myself.”  She has found a more comfortable, authentic way to remain a faithful Mormon.

Conversely, for Grace, MWB was “a defining moment where I had to decide whether I was in or I was out." As she explains:

I decided that I needed to be out for good in order to stay true to myself. Modeling for the project and telling my story was like a very personal way of having my name removed from membership records of the church.

If anything, though participating the project was definitely closure for me, I feel more of a tug toward the Mormon women around me. This project has definitely shown me that we are all in this together and that has, in some small way, kept me tied to the Church.

Given their own complex reasons for posing and complex reactions to the attention the project has received, the women can’t help noticing simplistic, kneejerk reactions from critics both inside and outside the church.

“People feel safer when they can put things into small, neat categories and dismiss them,” Kara notes.

But this project is about challenging the status quo and worldviews, and that can feel threatening. I’m still working out how I feel about Mormonism, and I can understand people who are LDS and criticize the project and people who aren’t LDS and criticize Mormonism. But Mormonism is part of my identity and part of how I see the world, even as I examine it with a critical lens.

“If I mention to someone that I don’t like one particular chapter in a book that I happen to love, people don’t tell me to burn the book, nor do they call me an idiot for reading it in the first place,” says Renee.  “No, they nod knowingly, sometimes ruefully, and ask me if I’m going to keep reading.  Mormonism is just as complex as a compelling story, and we are all as intricately entwined in it.”

Well aware that by posing with her newborn child, she is replicating one of western civilization’s most enduring artistic tropes—the mother and child, a symbol of goodness and the world as it should be—Katie notes, “My story and my pictures are a little different from the rest of MWB, because they play into the archetype that the church posits as ideal for women, as a wife and mother.”

However, she adds, her approach to portraying the role of wife and mother has been “very much on my terms. I doubt this is what the brethren mean when they tell women to embrace their divine roles. Too bad.”