No cause of death yet for the Oscar winner 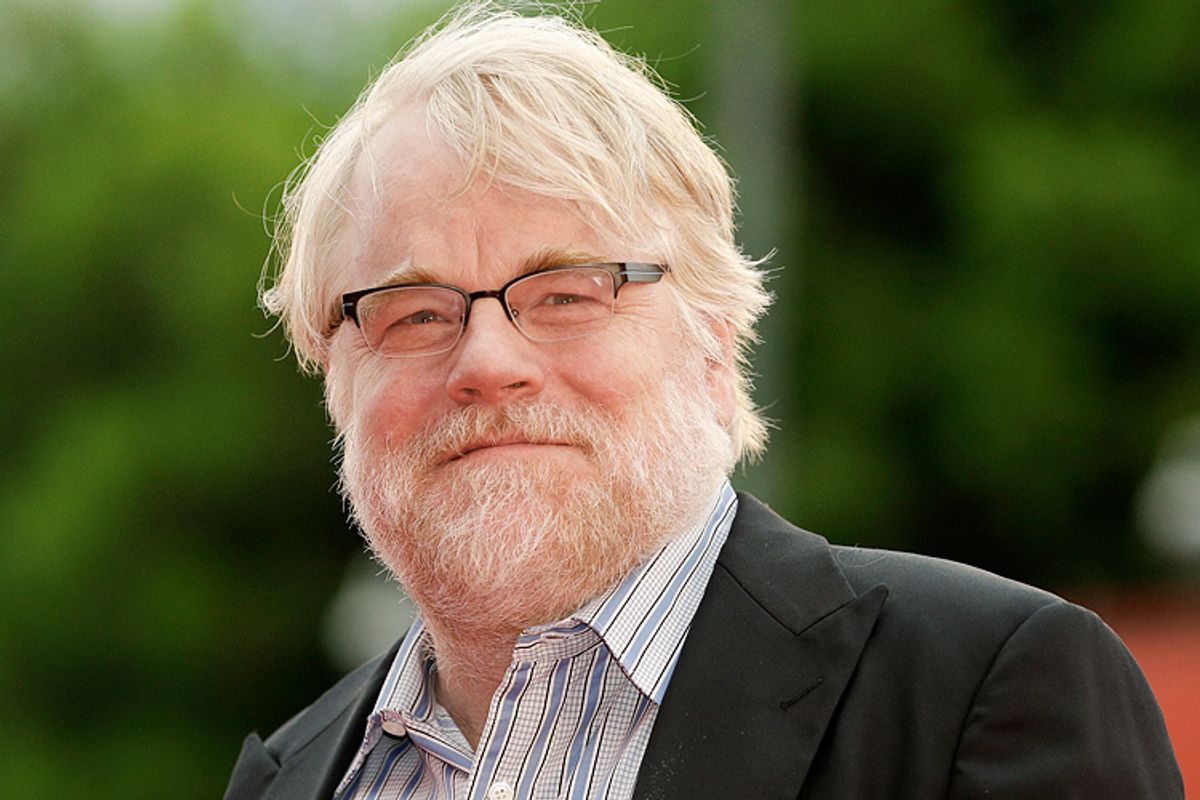 NEW YORK (AP) — Philip Seymour Hoffman, who won a best actor Oscar in 2006 for his portrayal of writer Truman Capote in "Capote" and created a gallery of other vivid characters, many of them slovenly and slightly dissipated comic figures, died Sunday. He was 46.

He was found dead in his Manhattan home, police said. His cause of death wasn't officially determined.

Hoffman, who was no matinee idol figure with his tubby, lumpy build and limp blond hair, made his career mostly as a character actor. He was nominated for Oscars four times in all.

He often played comic, slightly off-kilter roles in movies like "Along Came Polly," ''The Big Lebowski" and "Almost Famous. More recently, he was Plutarch Heavensbee in "The Hunger Games: Catching Fire" and was reprising that role in the two-part sequel, "The Hunger Games: Mockingjay," which is in the works. And in "Moneyball," he played Art Howe, the grumpy manager of the Oakland Athletics who resisted new thinking about baseball talent.

Just weeks ago, Showtime announced Hoffman would star in "Happyish," a new comedy series about a middle-aged man's pursuit of happiness.

In "The Master," he was nominated for the 2013 Academy Award for best supporting actor for his role as the charismatic leader of a religious movement. The film, partly inspired by the life of Scientology founder L. Ron Hubbard, reunited the actor with Anderson.

Born in 1967 in Fairport, N.Y., Hoffman was interested in acting from an early age, mesmerized at 12 by a local production of Arthur Miller's "All My Sons." He studied theater as a teenager with the New York State Summer School of the Arts and the Circle in the Square Theatre. He then majored in drama at New York University's Tisch School of the Arts.

Trained in the theater, with a versatility and discipline more common among British performers than Americans, he was a character actor who could take on any role, large or small, loathsome or sympathetic.

On the stage, he performed in revivals of "True West," ''Long Day's Journey Into Night" and "The Seagull," a summer production that also featured Meryl Streep and Kevin Kline. In 2012, he was more than equal to one of the great roles in American theater — Willy Loman in "Death of a Salesman," a performance praised as "heartbreaking" by Associated Press theater critic Mark Kennedy.

"Hoffman is only 44, but he nevertheless sags in his brokenness like a man closer to retirement age, lugging about his sample cases filled with his self-denial and disillusionment," Kennedy wrote. "His fraying connection to reality is pronounced in this production, with Hoffman quick to anger and a hard edge emerging from his babbling."