Before he leaves to host "Late Night", Seth Meyers gets a fond farewell from three "SNL" greats 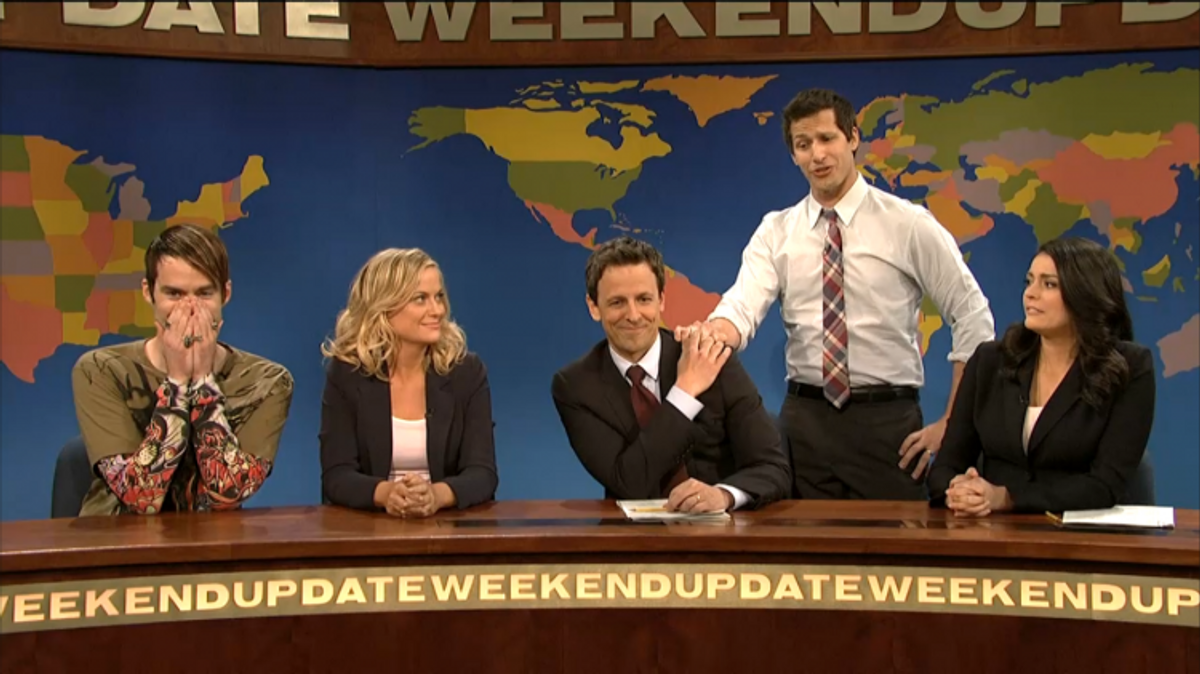 Seth Meyers has had quite a run on "Saturday Night Live", but it all came to an end on February 1 as Meyers hosted his final installment of Weekend Update before taking over "Late Night" for Jimmy Fallon.

Meyers' last turn as "SNL"'s  most trusted name in news was as great as always, but it was after Meyers and co-anchor Cecily Strong had finished recapping the week's events that the segment really took off with the surprise appearance of  not one, not two, but three of "Saturday Night Live"'s most beloved alumni.

Check out the video below, from NBC: