"Investigate 9/11!" demanded a random man while crashing a press conference about football 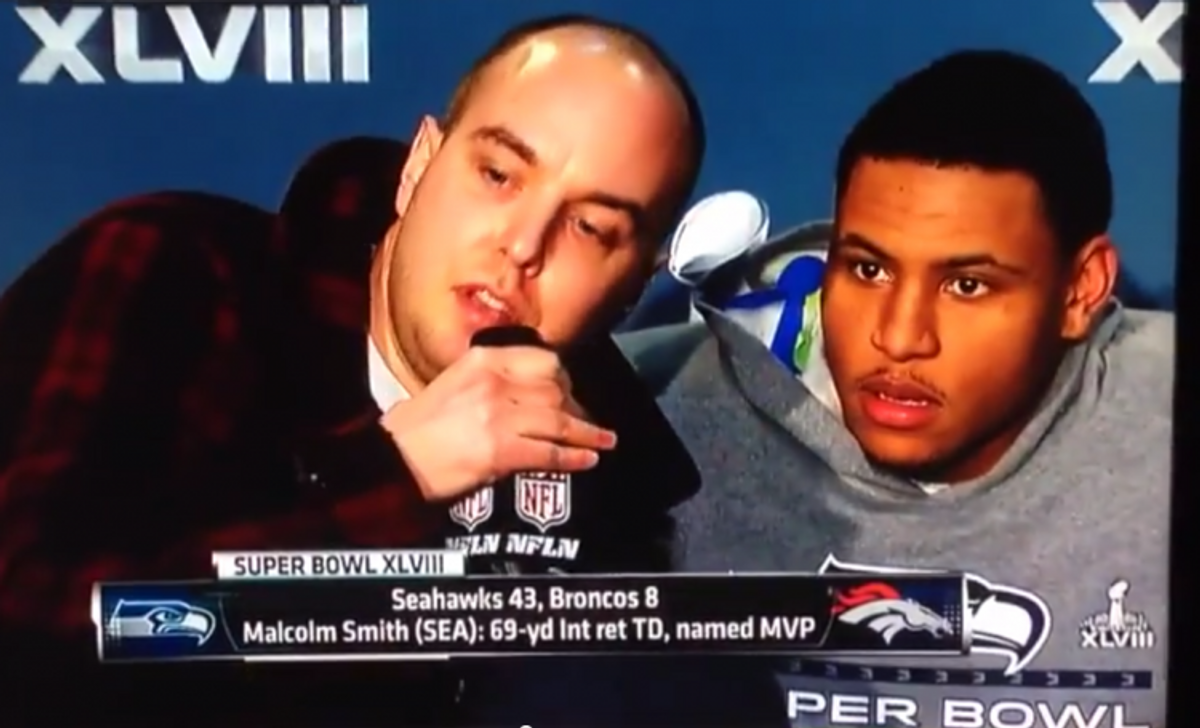 Super Bowl MVP Malcolm Smith, a linebacker for the Seattle Seahawks, most likely did not expect to spend any part of his post-game press conference dealing with 9/11 conspiracy theories. And unlike his coach Pete Carroll, Smith didn't seem particularly interested when given the chance, either.

During Smith's conversation with reporters after his triumphant Super Bowl performance, a 9/11 truther who is supposedly named Matthew Mills grabbed Smith's microphone and demanded that the sports journalists in the room "investigate 9/11." Before scrambling off, Mills explained his demand, saying the attack on September 11, 2001 "was perpetrated by people within our own government."

And, just like that, Mills was gone. Where did he go? Well, the so-called independent media reported he was almost immediately thereafter arrested for trespassing. But due to the inherently suspect and compromised nature of the entire mainstream media, no one besides Alex Jones can really be sure.

Check out the incident below: