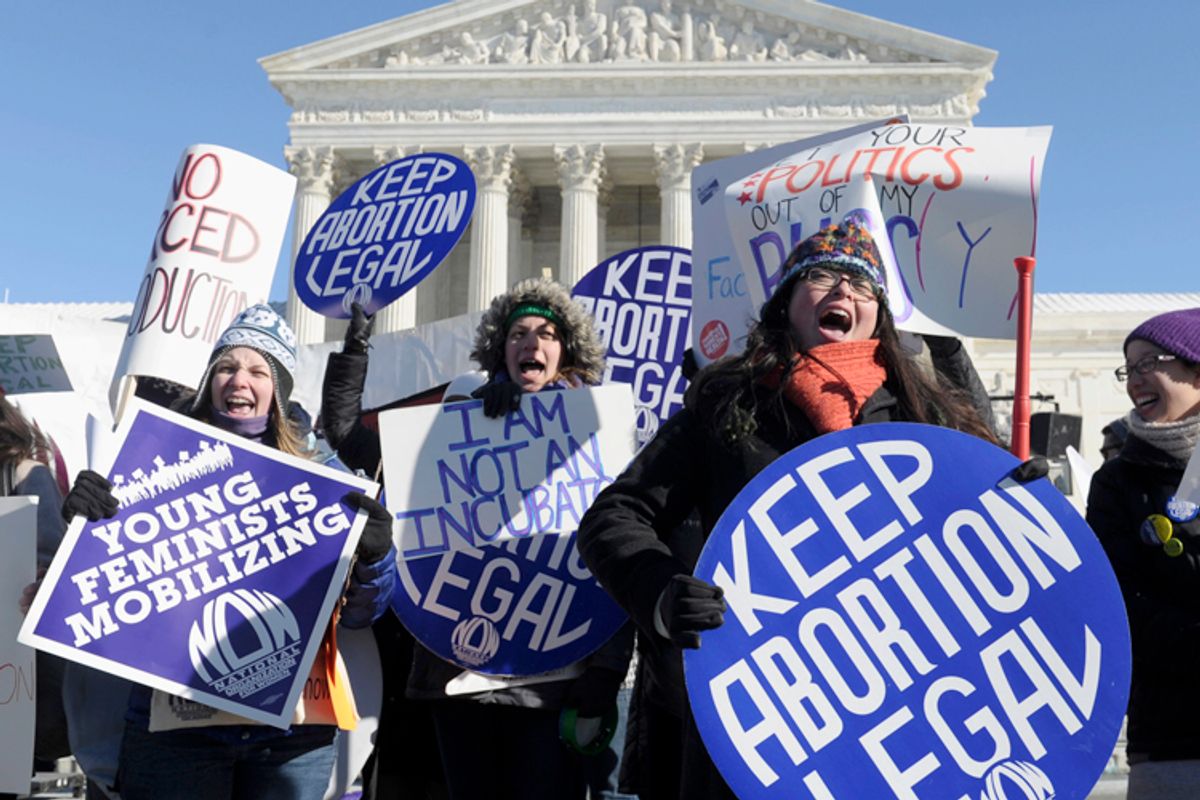 The abortion rate in the United States has dropped to its lowest level sine 1973, the year Roe v. Wade was decided by the Supreme Court.

The study, conducted by the Guttmacher Institute and set to be published in March in a reproductive health journal, found that there were 1.1 million abortions performed in 2011, down from 1.21 million abortions in 2008. The report also identified a parallel decline in pregnancy rates during that same time period.

The reasons behind the trend are manifold and complicated, researchers say, but can be attributed at least in part to expanded access to reliable long-term contraception. Authors Rachel Jones and Jenna Jerman also believe the recession and persistent economic uncertainty may have been a contributing factor in fewer pregnancies, births, and abortions over the last several years.

Jones and Jerman do not believe the recent onslaught of anti-abortion legislation had a significant impact on the number of women obtaining abortions leading up to 2011, since many of the most sweeping restrictions did not pass until 2011 or later.

"With abortion rates falling in almost all states, our study did not find evidence that the national decline in abortions during this period was the result of new state abortion restrictions. We also found no evidence that the decline was linked to a drop in the number of abortion providers during this period," Jones said of the study. “Some of the new regulations undoubtedly made it more difficult, and costly, for facilities to continue to provide services and for women to access them,” but additional research will be needed to identify the long-term impact of these laws.