Congress: Keep Chinese-processed chicken out of the U.S. 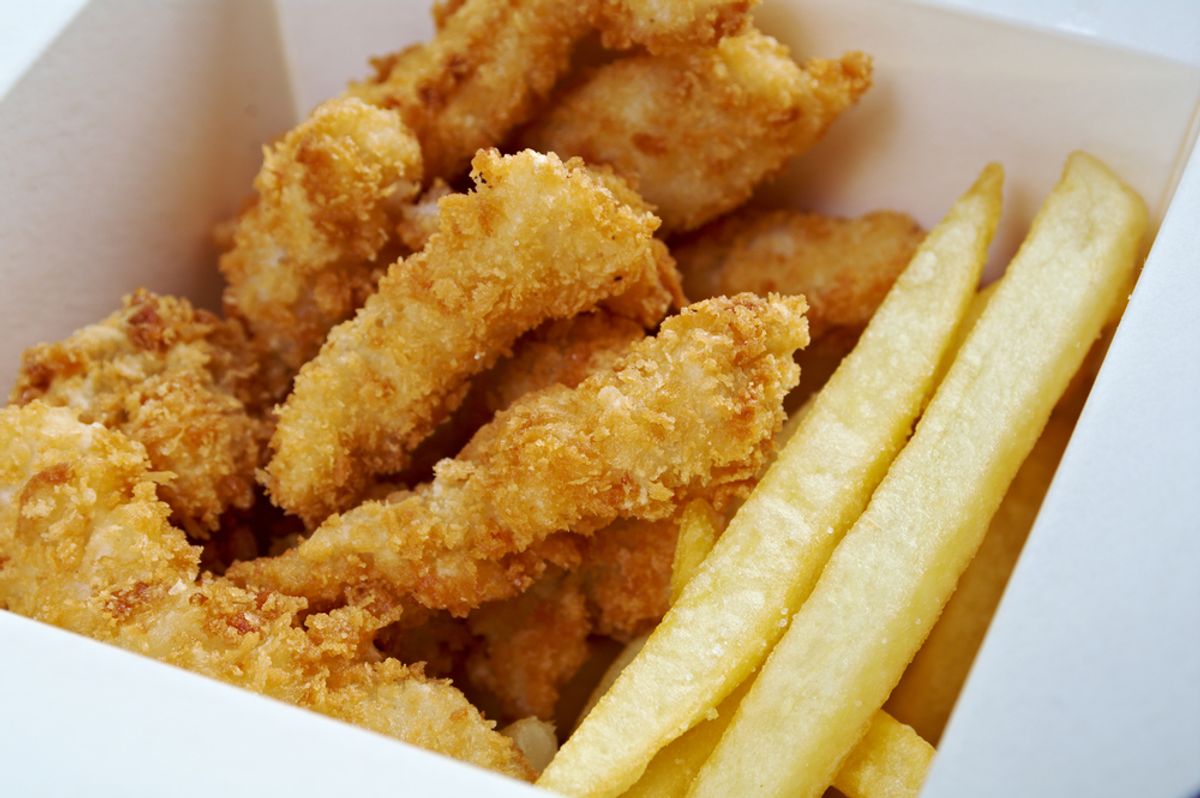 Forget about moving to a more sustainable meat production system. If we want chicken that isn't going to make us sick, China probably isn't the place to get it. Yet a gaping loophole in new mandatory labeling laws will allow chicken processed in China to appear on U.S. shelves -- with no way for consumers to identify it.

The laws, introduced last November, require some meat to be labeled with the country it originates from. But they don't apply to all meat -- specifically, they leave out meat that's been raised and slaughtered in the U.S., sent to China to be made into chicken nuggets, and then sent back to the U.S., where it ends up, among other places, on school lunch trays. So far, the USDA's Food Safety and Inspection Service has approved four Chinese plants to do just that.

Nearly 300,000 have signed a Change.org petition calling for Congress to stop such poultry from reaching U.S. markets. In Congress itself, a group of 12 Democrats and two Republicans signed a letter to the Agricultural Appropriations Committee pointing out the huge risk this policy represents, specifically raising issue with the poultry's inclusion in federal school lunch programs. It reads, in part:

Consider the impact of China’s weak enforcement of food safety laws and regulations: more than 300,000 Chinese children fell seriously ill, with some dying, from melamine-tainted milk powder; dangerously high levels of mercury found in Chinese baby formula’ the sale of more than $1 million worth of rat and other small mammal meat passed off to consumers as lamb; more than 16,000 diseased pig carcasses dumped in a river to rot.

Last year China Central Television revealed that a Chinese poultry supplier provided Kentucky Fried Chicken restaurants with chickens fattened by large quantites of illegal drugs. In addition, the U.S. Food and Drug Administration recently announced that, since 2007, pet treats important from China containing contaminated chicken have killed 600 dogs and cats in the United States, and sickened 3,600 more. According to the World Health Organization, so far 45 of the 136 people who contracted the H7N9 bird flu in China this year have died.

We therefore find it deeply concerning that FSIS would allow chicken processed in China to soon arrive for consumption in the United States. While FSIS determined that such poultry is equivalent to poultry processed in this country, there will be no on-site inspectors in Chinese plants to verify continued equivalence or to prevent the inclusion of Chinese-slaughtered poultry (or any other adulterant) in products imported to the United States. Moreover, because processed chicken products do not require country-of-origin labeling, American consumers will not know if they are consuming chicken processed in China or be able to avoid such products if they so choose.