Hoffman never made the easy choice, never gave less than his all. Did that drive come at a price? 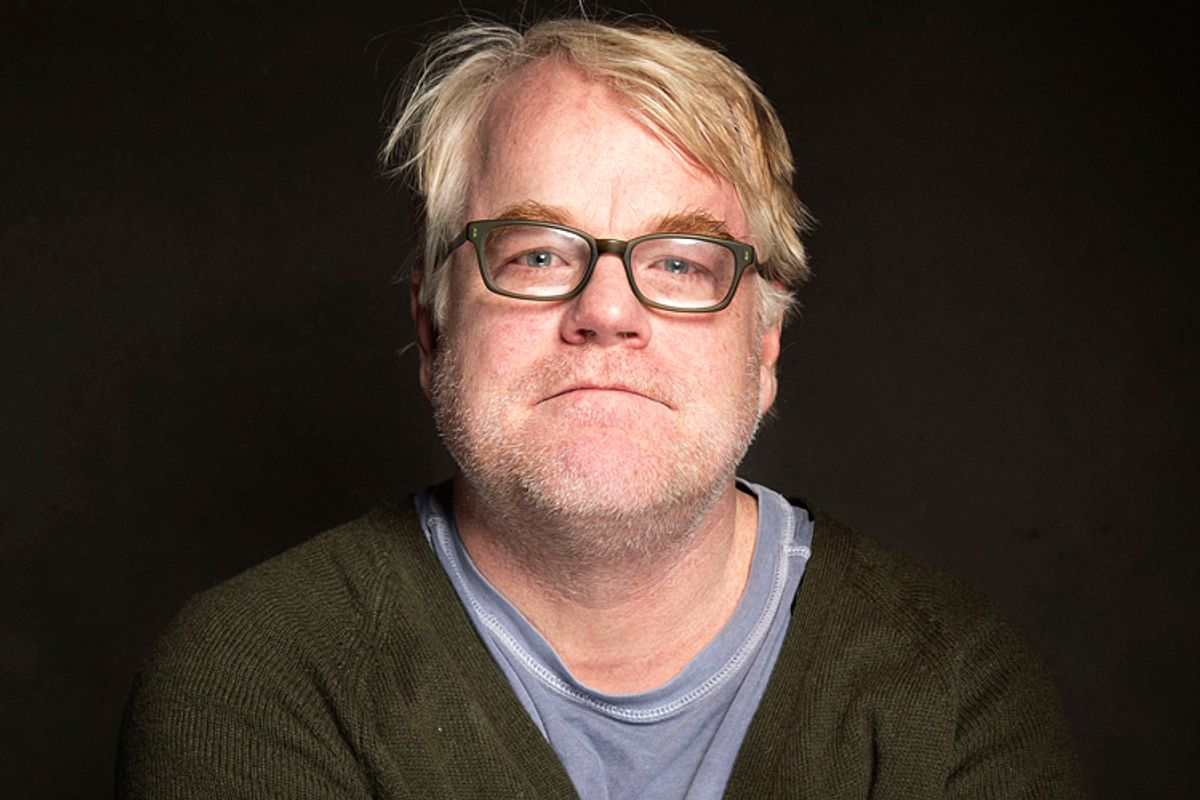 When some actors die, the loss feels personal. And so it was with Heath Ledger. And now Philip Seymour Hoffman.

Hoffman, who was found dead of an apparent drug overdose in an East Village apartment on Saturday, left behind a body of work that exemplifies the transformative power of great acting.

Writing about Hoffman for Vulture, film critic David Edelstein said, “You think about what made Philip Seymour Hoffman great—and wonder if a key to understanding his absurd death at the age of 46 from a drug overdose can be located somewhere in that greatness.”

It is a question worth asking, though difficult to answer – is there something about the quest for truth and honesty that drives some artists to drugs and alcohol?

Nearly every profile of Hoffman focused on his vulnerability, his sensitivity, his willingness to expose himself fully in every role. An oft-quoted line from a 2008 New York Times Magazine profile suggests the toll every performance must have taken on Hoffman: “[F]or me, acting is torturous, and it’s torturous because you know it’s a beautiful thing. I was young once, and I said, That’s beautiful and I want that. Wanting it is easy, but trying to be great — well, that’s absolutely torturous.”

Part of what made acting torturous for Hoffman was his refusal to ever simply play to type. In an interview for Esquire, Hoffman said, “to act well is always difficult, no matter the material.” Unlike some actors, Hoffman never made the easy choices with the characters he played, never seemed to be phoning it in. He had a particular talent for playing people from whom we recoil yet feel sympathy at the same time. And he put himself through the process of breaking a character down and building him back up with every role.

Hoffman’s description of his process reminds me of another artistic genius whose life ended early due to the ravages of addiction: John Coltrane. Coltrane was on an endless quest to express his spirituality and to connect with humanity through his music. In interviews, captured in the book “Coltrane on Coltrane: The Interviews,” edited by Chris DeVito, Coltrane frequently spoke of the need to keep experimenting, searching and learning about music. While Coltrane overcame his addiction to drugs and alcohol, his body suffered the effects; he died of liver cancer in 1967 at age 40.

Like Coltrane, Hoffman spoke of being in constant learning mode: “Creating anything is hard. It’s a cliché thing to say, but every time you start a job, you just don’t know anything ... You start stabbing out, and you make a mistake, and it’s not right, and then you try again and again. The key is you have to commit.”

As a writer, I know firsthand how difficult it is to commit fully to the creative process. One of the hardest aspects of creative expression is making that commitment to keep working until the work is right. Actors, in particular, are exposed because the work they do is so personal. Hoffman was the rare talent who believed every acting role – regardless of the material – demanded greatness. And for that he paid the ultimate price.

Hoffman told "60 Minutes" that he got sober at age 22 because he “got panicked for his life.” We will never know why he started using again after such a long sober period. Although we lament the loss of artists who succumb to their addictions, we rarely consider whether those addictions may have helped fuel their artistry. Musician Saul Williams wrote on Facebook,

What Billie Holiday, Bill Evans, Fat[s] Navarro, Charlie Parker, Basquiat, Janis Joplin, Jim Morrison, Kurt Cobain, Chet Baker, Philip Seymour Hoffman and so many others had in common is that their sensitivity showed through their art.…For all we know their careers and lives may have ended much sooner if they hadn't had found the crutches that eventually crippled them. The peace they felt in their highest moments is exactly what I wish them.

Certainly there are great artists who are able to balance vulnerability and self-care without resorting to drugs or alcohol. But perhaps if we made more of an effort to understand the connection between addiction and the drive required to produce great art, we might be able to help artists reach that place of deep vulnerability without sacrificing themselves in the process.

Hoffman, one of the greatest actors of any generation, leaves behind a body of work that will be studied for decades to come. I hope his final moments were filled with peace.