Ileana Ros-Lehtinen was heralded as a trailblazer by Lean In, but doesn't support equal pay or reproductive rights 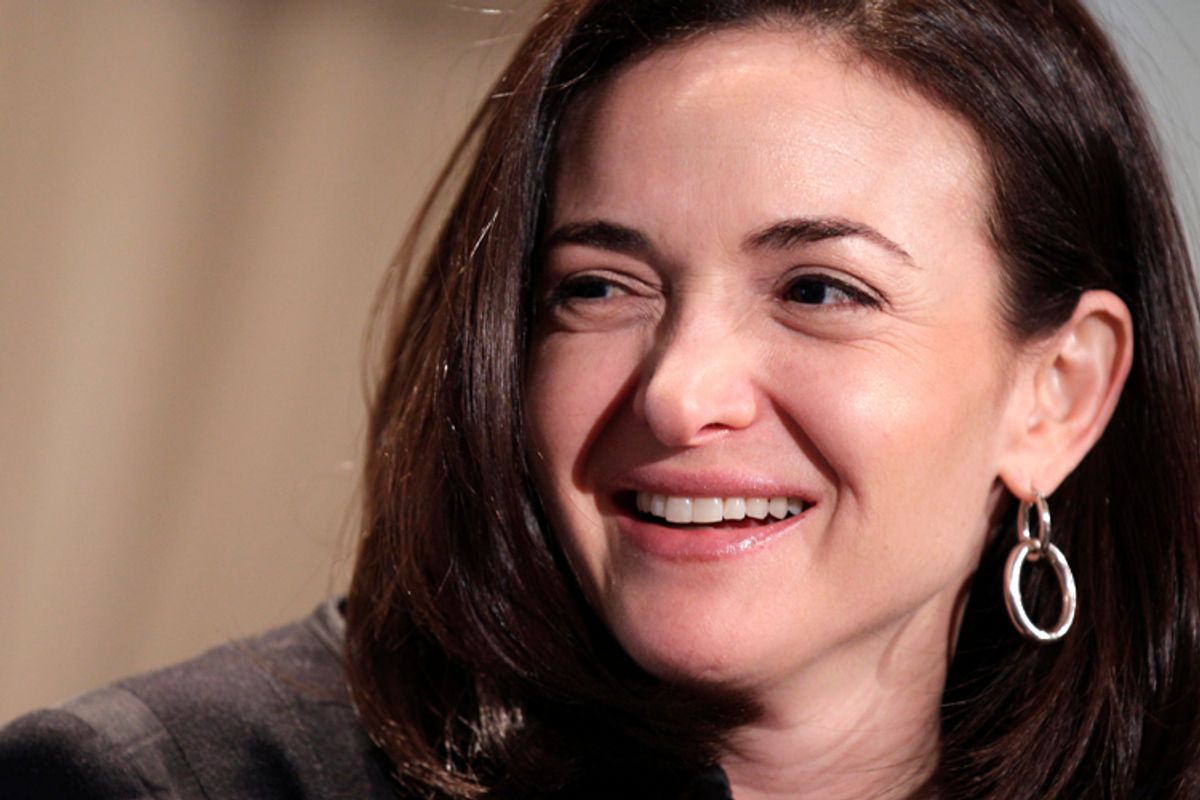 Sheryl Sandberg's Lean In Foundation is celebrating a Republican congresswoman who doesn't support equal pay laws as one of its "trailblazing women who you may not know (but should)."

Ileana Ros-Lehtinen is a rising star in the Republican Party at a moment when its agenda is squarely focused on crushing reproductive rights and gutting social programs that support low-income families; she has voted consistently and reliably with her party on issues that disproportionately impact women's lives. In fact, her record reads like a greatest hits of anti-woman, anti-family and anti-worker legislation, as Marc Tracy at the New Republic points out:

• Her voting record on abortion issues earned her a nice round 0 percent from NARAL Pro-Choice America.

• She voted for the deceptively titled Working Families Flexibility Act, which opponents—including nearly all House Democrats, President Obama, unions, and worker advocacy groups—believe would enable employers to cheapen federal overtime requirements and to encourage employees to spend more time at home rather than earning more money at work.

• Most starkly, she voted against the Lily Ledbetter Fair Pay Act, which gave women the practical ability to sue over alleged equal-pay violations.

Access to low-cost contraception and the ability to control one's own fertility are vital to women's educational and career advancement; cutting off entire swaths of the population from basic medical care will make "leaning in" that much harder. Lean In says that these profiles aren't specific endorsements, but Ros-Lehtinen's policy positions seem antithetical to the organization's mission. There is room for disagreement and differences of opinion within any movement, of course, but rejecting equal pay laws or basic issues of bodily autonomy are major barriers to women's empowerment.

So why endorse her?

Sam Biddle at Valley Wag has a theory:

What could Lean In be getting out of boosting Ros-Lehtinen, who voted against equal pay protection for women? Coincidentally, the congresswoman has been a strong proponent of the exact same strain of immigration reform favored by Sandberg's friend and coworker Mark Zuckerberg, his FWD.us pet project, and other powerful Silicon Valley interests: she's voted twice for the STEM Jobs Act of 2012. Ros-Lehtinen is useful to Sandberg and company.