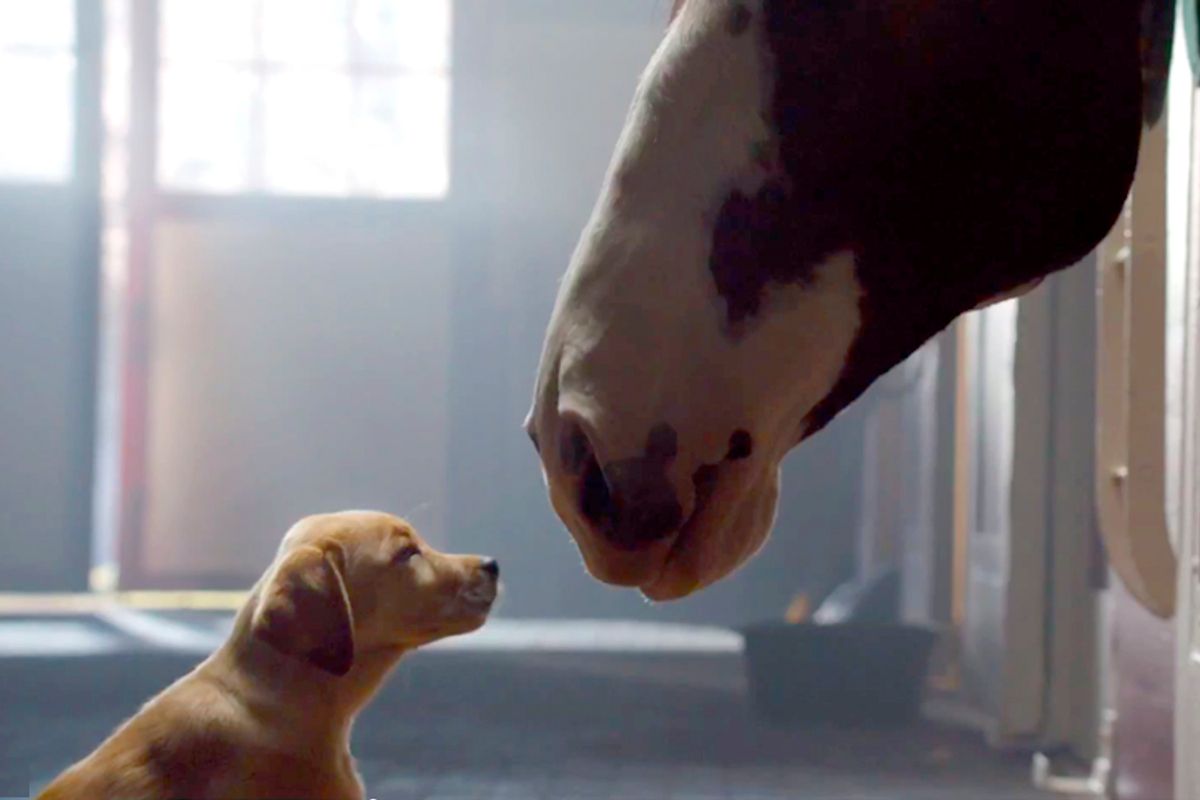 The Super Bowl is always about the advertisements, and that's never been more apparent than in 2014, the year of most boring bowl game in recent memory. During the second half, the Broncos bench looked so depressed they might as well have been in a Lars von Trier movie.

With little actual football to watch, we had the commercials to keep us company, and this year’s ads trended toward meta-throwbacks and bombastic reminders that America still makes cars. Below are the five best -- and the five worst.

In the days leading up to the Super Bowl, Jerry Seinfeld teased a “Seinfeld” reunion in some form, and this is the one we got. A plug for Seinfeld’s “Comedians in Cars Getting Coffee,” the spot was surprisingly and refreshingly low-key, showing TV’s most iconic characters up to business as usual. The years may change, but George Costanza and Newman never will. Sixteen years after the show’s departure, it was pure pleasure to be invited to hang out with old friends, even for a brief moment.

When it comes to advertising, people universally love two things: infants and cute animals, and Budweiser’s “Puppy Love” gives you the brand’s iconic Clydesdale bonding with a baby puppy. This advertisement was factory engineered to give you all the feelings, and dammit if it didn’t work. If you aren’t feeling verklempt by the end, you’re not human.

After her guest spot on “Portlandia,” Sarah McLachlan is quietly making a second career out of lampooning her own image, and her ASPCA commercial parody is the highlight of a commercial that’s already bonkers good. Next year Audi needs to hire Aimee Mann to fight off rabid cockapoos.

RadioShack scored major points for self-awareness with an ad about the company’s image upgrade. As the company looks into the future, 80s icons like Mary Lou Retton, Hulk Hogan and Dee Snider demolish the store in a rampage. By learning to laugh at itself, RadioShack proved that it belongs in the 21st century after all.

It’s Terry Crews hanging out the Muppets. What could you not love about this ad?

Bonus: Newcastle, “Behind the Scenes of the Mega Huge Game Day Ad Newcastle Almost Made”

Arguably this year’s best commercial wasn’t even featured during the Super Bowl. Released earlier this week, Newcastle’s almost Super Bowl ad upstaged the contenders by being wonderfully meta and surprisingly raunchy. It also proved Anna Kendrick needs to be in everything. Where’s her halftime show?

Maserati’s “Strike” ad wasn’t just the worst of the evening’s unwanted barrage of car ads. It was a special kind of awful in its own right. Ask yourself: you’re selling Italian luxury automobiles with a base price of more than the average American makes in a year. What should you not do? Perhaps you should not advertise that product by ripping off “Beasts of the Southern Wild,” an independent film about impoverished Louisiana residents trying to survive the aftermath of Hurricane Katrina. I know we all love seeing Quvenzhané Wallis in things, but she deserves better.

Because piggybacking on 2012 cinema was very in this Super Bowl, Axe got in the game with their version of “Cloud Atlas,” in which body spray saves the world from totalitarian dictatorship. False. Axe deodorant doesn’t spread democracy. It just makes the world smell like "Jersey Shore."

Here’s a thought: If your significant other forgets your anniversary and for some reason thinks Jimmy Johns is going to make up for it, you should be breaking up with them. Nothing says dealbreaker like a soggy romance sandwich.

By putting GoDaddy on this list, I feel like I’m letting the terrorists win. Their ads are designed for worst lists, commercials that troll us into keeping their attention-desperate organization in the public discourse by complaining about them.

After an embarrassing Super Bowl where America watched Peyton Manning’s dreams of a trophy die a slow, painful death, we had to reminded that our nation’s most incessant franchise won’t f*cking die. It’s not just going to be a rough 2014 for Peyton. The year will be hard on all of us.