From Best Commercial With an Optimistic Farm Animal to Least Predictable Use of Dylan, we rate the ads 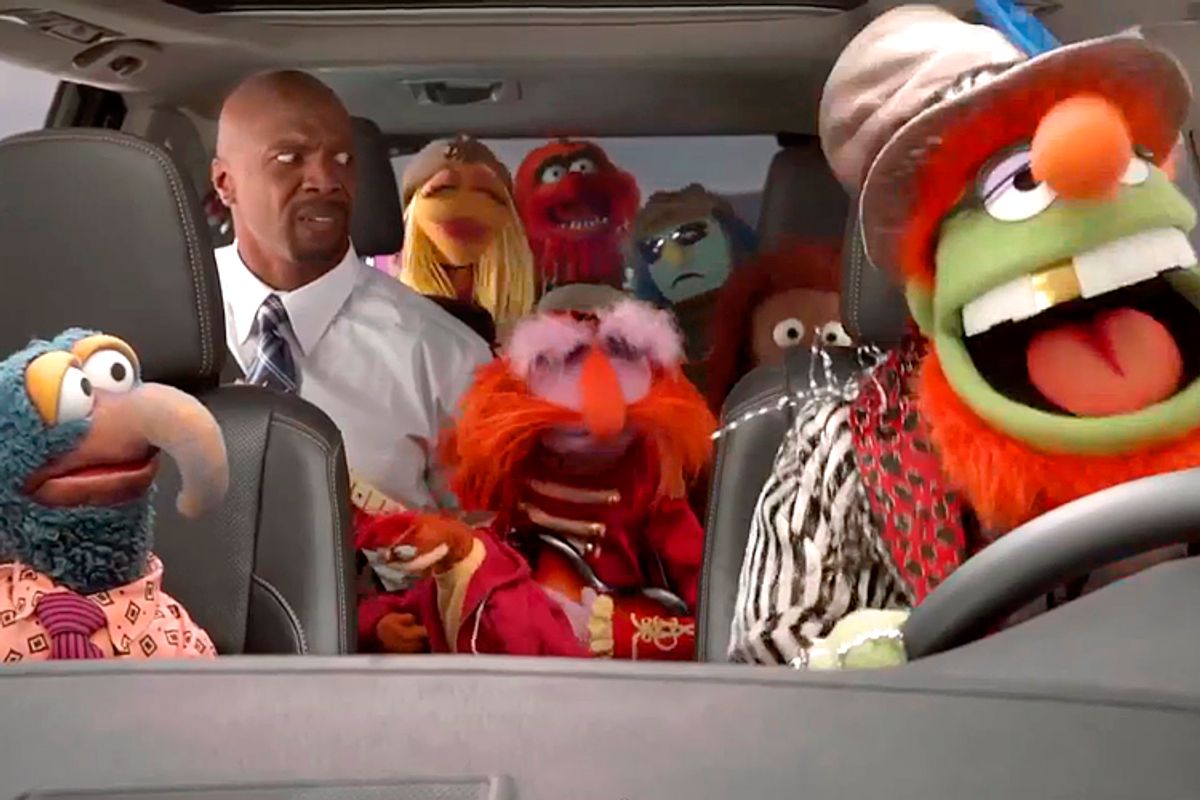 This year, instead of simply not watching the Super Bowl as I do every year, I decided to record it lest I miss out on the next totally classic Budweiser commercial. Fortunately, I didn't even have to go through the trouble of scanning through the hours-long broadcast for the typically entertaining ads; Hulu was kind enough to post the notable ones online. With the time I saved, I figured I'd rate and award these widely viewed spots according to mostly arbitrary categories that I dreamed up sometime between midnight and Monday morning.

Most Predictable Use of Dylan: Chrysler "America's Import"

Funniest Commercial Featuring a Guy Being Creepy in the Backseat of Car: Kia "The Truth" starring Laurence Fishburne (as Morpheus)

Creepiest Commercial Featuring a Guy Being Creepy in the Backseat of Car: Toyota's "Big Game Ad Starring Terry Crews and the Muppets"

Dog Most Likely to Elicit Awwws From Even the Most Macho Football Fans: The horse-whispering pup in Budweiser's "Puppy Love"

Most Unintentionally Awesome New Slogan for an Item that Sells Itself: "Wait a minute. The Fritos go ON the sub?!?" for Subway's Fritos Chicken Enchilada Melt

Best Pairing of a Major Movie Star With a Lesser-Known Sketch Comedian in a Commercial for a Socially Responsible Car Manufacturer: Honda "Hug Someone" featuring Bruce Willis and Fred Armisen

Definitely Not the Best Pairing of a Major Movie Star With a Lesser-Known Sketch Comedian in a Commercial for a Socially Responsible Car Manufacturer: Ford "Nearly Double" featuring James Franco and Rob Riggle

Special "Kill 'em With Cuteness" Award: Cheerios "Gracie" (A previous ad featuring this sweet, biracial moppet and her parents became the focal point of inexplicable controversy when it aired last year. Cheers to Cheerios for doubling down on adorable.)