My friend, anarchist Jerry Koch, is the latest grand jury resistor to be jailed and freed because of his silence 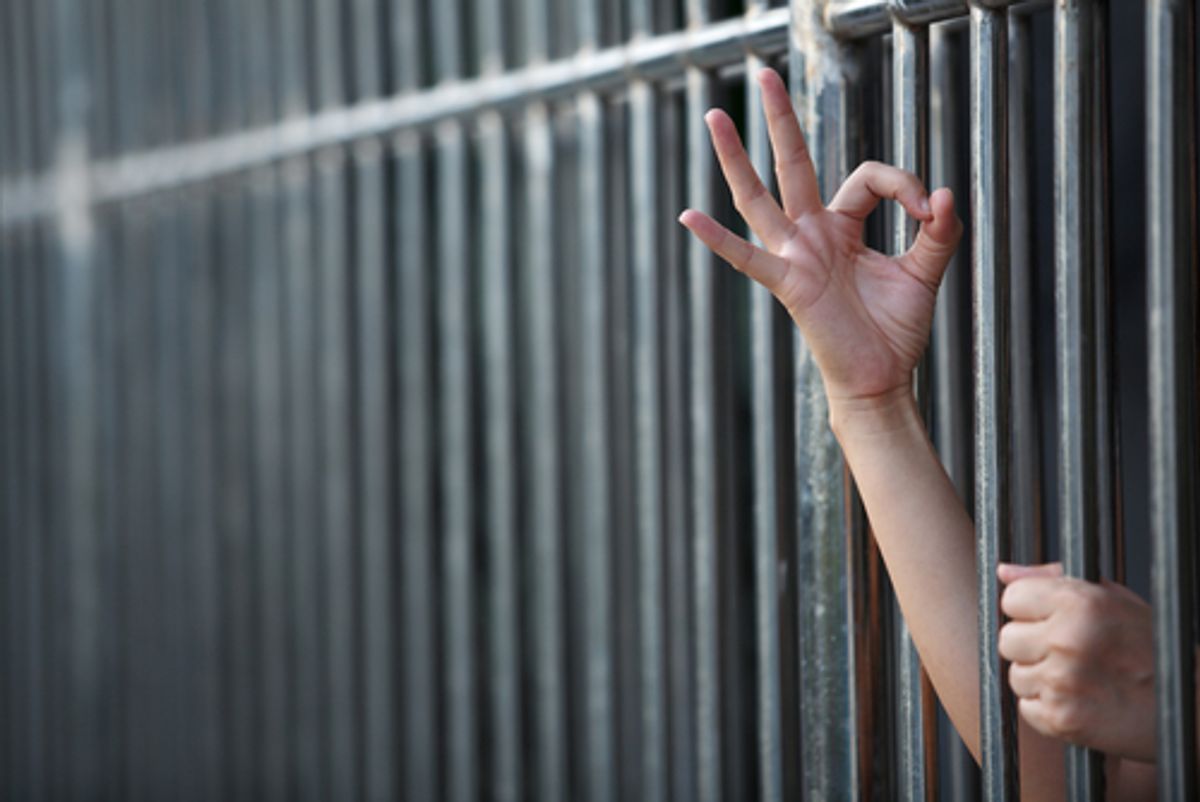 Still dressed in 3XL prison-issued sweats and flimsy slippers, 24-year-old Jerry Koch stumbled into the streets of Downtown Manhattan in the final throes of an icy January. He made one phone call -- to his mother -- then sprinted the few blocks to the offices of lawyer Moira Meltzer-Cohen with a breathless message to deliver: He was free.

Last week, Koch, a longtime friend of mine and a mainstay in New York's anarchist, activist communities, was released from federal custody after spending 241 days in a Manhattan prison. In a strange twist of juridical logic reserved for grand jury investigations, Koch was imprisoned for the very same reason he was freed nearly eight months later: his silence.

Koch was jailed not because he was charged or convicted of a crime, but rather as an expressly coercive effort to force his cooperation with a grand jury investigating the small, victimless explosion of an incendiary device at a Times Square army recruitment center in 2008. Koch vowed to stay silent and remained obstinate in his resistance, citing a long history of grand juries as tools used to harass and surveil activist and radical communities, a disdain for the state apparatus and a lack of any knowledge of the 2008 incident.

Koch's attorneys filed a motion, aided by letters from friends and acquaintances and a Change.org petition, arguing that since the anarchist had made amply evident that he would never cooperate, the coercive premise of his imprisonment was proven invalid. As was the case with two anarchist grand jury resistors in the Pacific Northwest last year, the judge was forced to accept Koch's motion: These anarchists were never going to talk, they had to be let go.

Koch's case -- as with the case of the Northwest anarchists -- not only exemplifies successful grand jury resistance, but also highlights the strange operations of the grand jury system. Grand juries, as I've long noted, are among the blackest boxes in our judicial system. Not only are they carried out in absolute secret, but they also sanction the imprisonment of individuals without charge or conviction. The contempt sanction (under which Koch was jailed) gives further lie to the myth that U.S. prisons have anything essentially to do with rightful punishment, let alone redemption. There is something obviously troubling about a legal system that explicitly holds cooperation with federal investigations as a condition of freedom.

Federal District Court Judge John F. Keenan -- the judge who both jailed and freed Koch -- wrote a decision on Koch's release worthy of attention from anyone with interest in the odd juridical logic shaping grand jury investigations. He emphasized the strangeness of a system that both jails an individual for his silence and then must free him for this very same silence. "The refusal to testify is somehow transmogrified from a lock to a key," wrote Keenan.

Koch's story can be read as a victory and an example for other activists who may in the future want to engage in grand jury resistance. His silence is proof that one can refuse to become a snitch and earn one's freedom through that very same resolve. As his lawyer Meltzer-Cohen told Salon, "Other activists of Jerry's generation facing grand jury subpoenas may now see evidence that people like themselves have been capable of standing strong in the face of serious consequences, and that you can survive and even prevail."

The sacrifice of months in prison is not inconsiderable. As Koch wrote in a letter from prison on Christmas Eve, "I’ve lost more during my incarceration that I ever thought possible. I grieve for every goodbye, and I doubt that some of these scars will ever heal." But he added, "I will not cooperate. I will not be institutionalized. No compromise in this. I will not sacrifice my dignity in order to leave this place, and that’s not nothing.”

It is not nothing indeed, especially with the memory still raw among activist circles of how the federal prosecutorial system -- and specifically grand jury intimidation -- was used to harass and gain information from the loved ones of technologist Aaron Swartz before his suicide. Prosecutors in Massachusetts pushed journalist Quinn Norton into becoming a “reluctant witness” in the grand jury investigation into Swartz -- her close friend and former boyfriend. In a painful and regret-drenched essay last year detailing her remorse about falling prey to the "mechanics of snitching," Norton wrote:

It is important that people know that the prosecutors manipulated me and used my love against Aaron without me understanding what they were doing. This is their normal. They would do this to anyone. We should understand that any alleged crime can become life-ruining if it catches their eyes.

Norton's bravery in admitting regret in light of her loss (and in the face of possible condemnation by other activists) is as instructive as Koch's silence and eventual freedom, as is the unwavering grand jury resistance of the Northwest anarchists last year. The takeaway from these stories aligns with that old anarchist dictum when it comes to interacting with law enforcement: "Nobody talks, everybody walks." It's a simple enough aphorism to remember, but a hard one to stick to when, like Koch, one is faced with months in a cell. As such, Koch's successful grand jury resistance is not only "not nothing" as he modestly put it. It's an example for anyone fighting repressive state tactics. However, as Meltzer-Cohen also highlighted, "Jerry is very conscious of the fact that his release does not signal some kind of 'justice' while there are so many people who continue to suffer incarceration, not only those confined, but their families and communities."