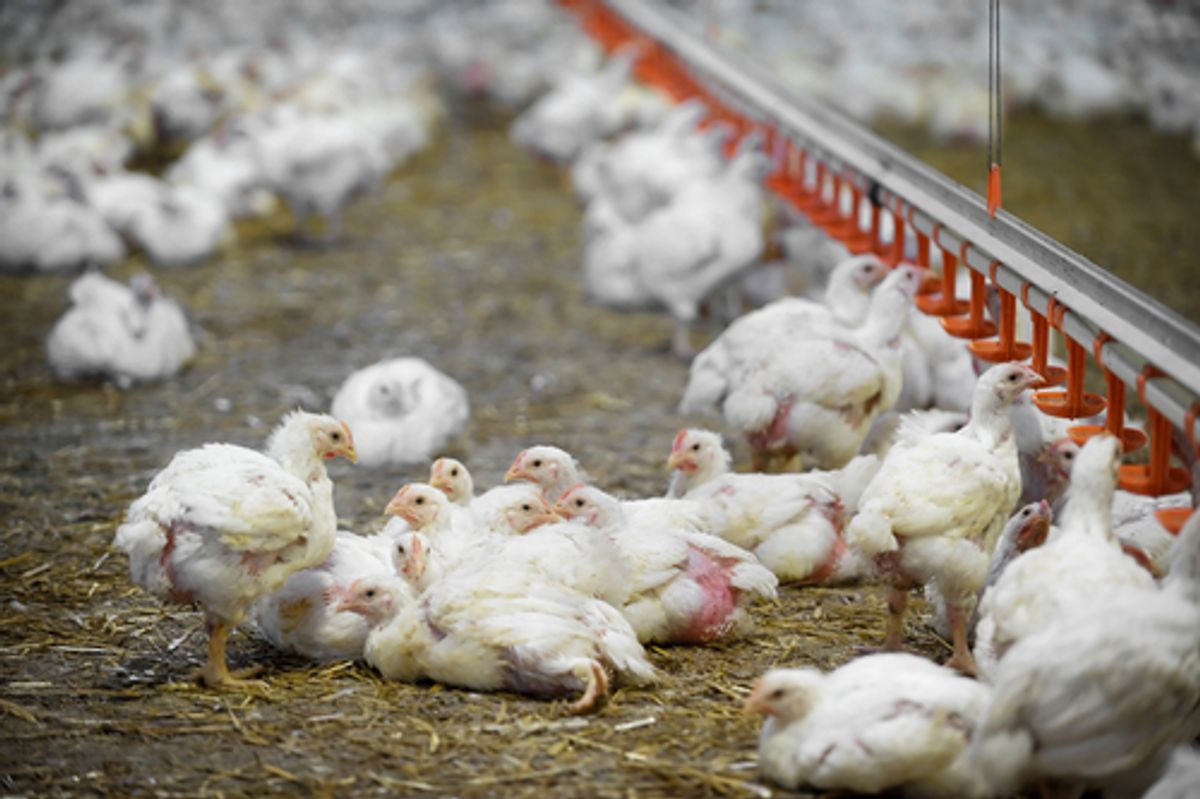 Attorneys with the Center for Constitutional Rights argued Monday that the 1st Circuit Court of Appeals should strike down the Animal Enterprise Terrorism Act -- a dangerous piece of legislation that conflates First Amendment-protected activism with terrorism.

An undergirding element of the "greenscare," which saw animal rights and environmental activists targeted by federal prosecutors, AETA was pushed through Congress in 2006 with the deep-pocketed support of meat industry and pharmaceutical lobbies.

In the case Blum v. Holder, CCR's attorneys are acting on behalf of five plaintiffs, active in animal rights activism and research, who claim that they have been silenced in their work, forced to self-censor in fear of being labeled terrorists under AETA.

Among the plaintiffs is Ryan Shapiro, an MIT academic who has recently garnered public attention for his prolific FOIA activities. Shapiro's recent fame surrounds his lawsuit against the CIA for records on the agency's possible role in Nelson Mandela's arrest. His research, however, focuses on how the U.S. deploys a national security state apparatus to marginalize and vilifiy animal protectionists. In an article for TruthOut highlighting the latest legal challenge to AETA, Shapiro outlined the troubling history and context of the law:

In 2004, the FBI designated the animal rights and environmental movements the leading domestic terror threats in the United States. This is despite the fact that neither movement has ever physically injured a single person in their decades of existence in the U.S., while violence from the far right has proliferated. (Reports document approximately 190 injuries a year and 30 deaths between 2007 and 2012 due to right-wing violence, most of it carried out against ethnic and religious minorities and LGBTQ people.) Then, in 2006, under heavy lobbying from the pharmaceutical, animal agriculture and fur industries, Congress passed the Animal Enterprise Terrorism Act (AETA). The AETA is designer legislation that targets political dissent directed at any business that uses or sells animals or animal products - or any company "connected to" such "animal enterprises." Simply hurting the profits of these businesses - by, for example, producing and screening a film that inspires people to boycott foie gras or other animal products - qualifies as a terrorist offense. Indeed, a distressingly high number of my closest friends have been convicted as terrorists for engaging in free speech and civil disobedience advocacy on behalf of animals.

In the video below, the plaintiffs explain the Blum case and their reasons for standing behind it: