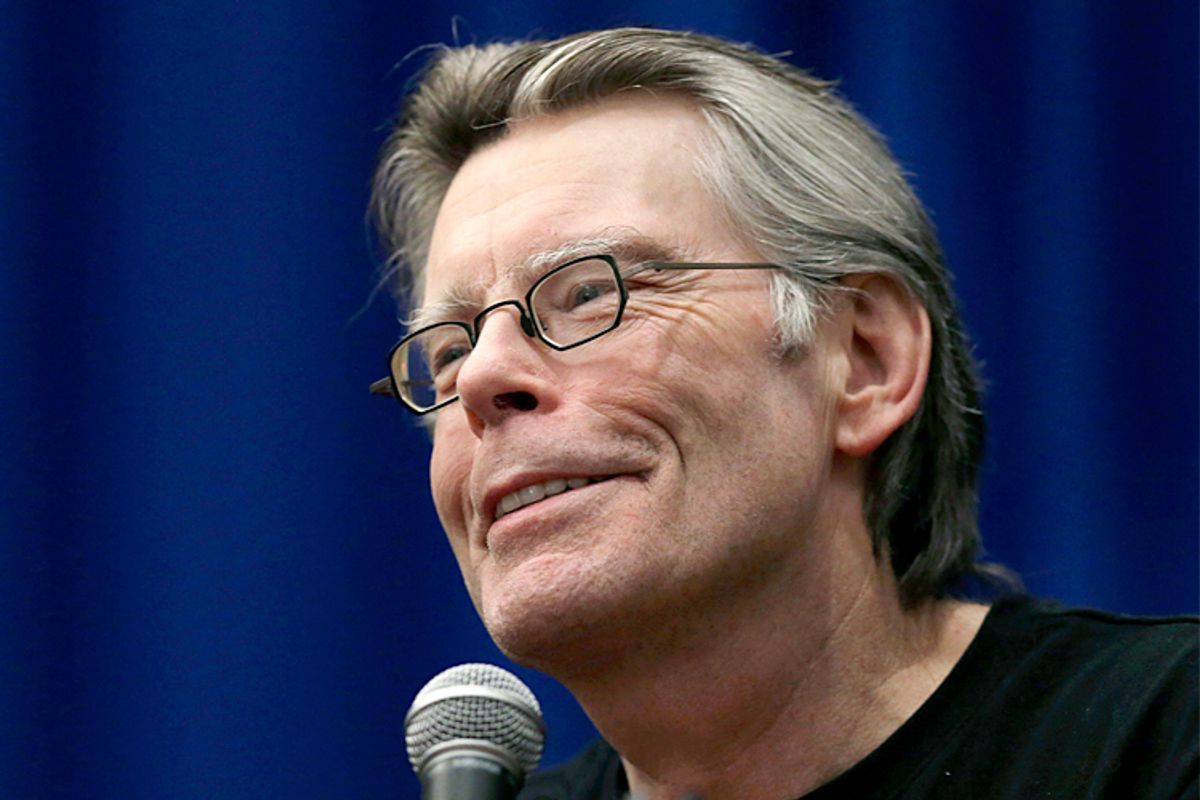 Stephen King is being harshly criticized for a comment he made Monday about Dylan Farrow's open letter recounting the alleged sexual abuse she endured at the hands of Woody Allen.

Author Mary Karr shared a link to New Inquiry writer Aaron Bady's defense of Farrow's letter, a thoughtful piece that asks the reader to interrogate his or her reflexive allegiance to Allen's "good name," to which King replied, thoughtlessly, "Boy, I'm stumped on that one. I don't like to think it's true, and there's an element of palpable bitchery there, but ..."

The angry responses to King came quickly, leading him to tweet, "Have no opinion on the accusations; hope they're not true. Probably used the wrong word."

Not exactly an apology, and not exactly honest, either.

King's callous opinion about Farrow's account is revealing of the kind of tightrope that victims must walk to be taken seriously -- to be believed. One must be the "right" kind of victim, and the moving target of what that means is harrowing. So it's particularly sad that King dismissed Farrow's account in a tweet responding to Bady's piece, which articulates this harsh standard -- and its consequence for victims of sexual violence -- so sharply.

What is the burden of proof for assuming that a person is lying? If you are a famous film director, it turns out to be quite high. You don’t have to say a word in your defense, in fact, and people who have directed documentaries about you will write lengthy essays in the Daily Beast tearing down the testimony of your accusers. You can just go about your life making movie after movie, and it’s fine. But if you are a woman who has accused a great film director of molesting you when you were seven, the starting point is the presumption that, without real evidence, you are not telling the truth. In the court of public opinion, a woman accusing a great film director of raping her has no credibility which his fans are bound to respect. He has something to lose, his good name. She does not, because she does not have a good name. She is living in hiding, under an assumed name. And when she is silent, the Daily Beast does not rise to her defense.