Eric Holthaus insists he's not giving up on his pledge 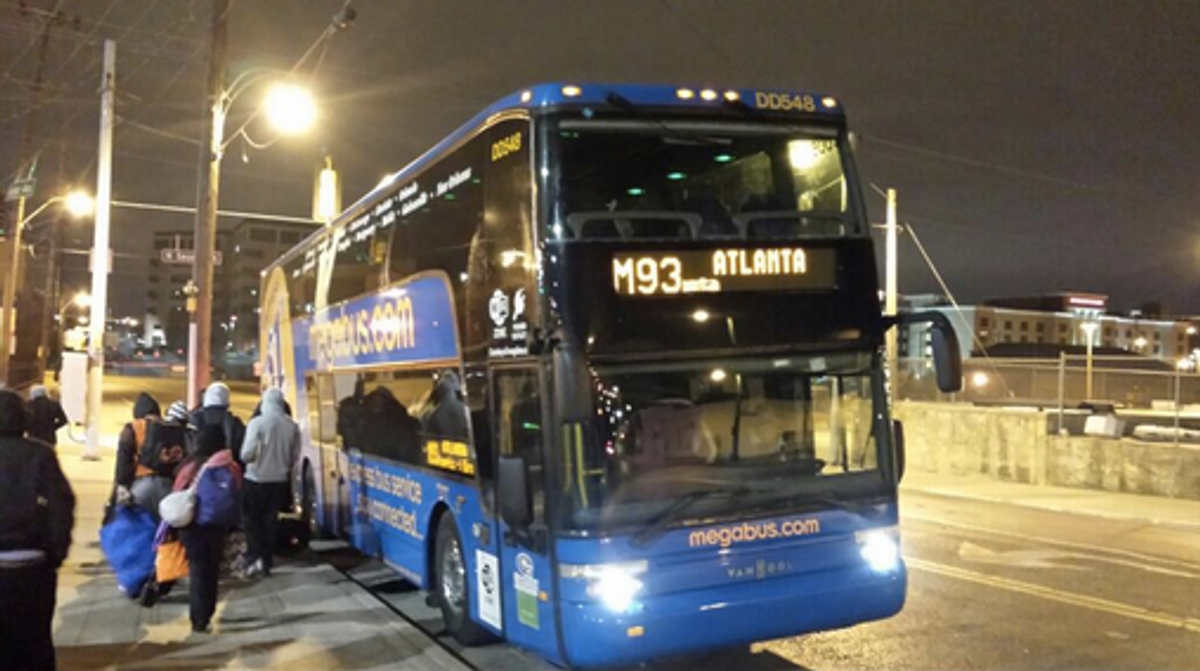 It's hard to break a resolution that's gone viral. And four months after meteorologist Eric Holthaus announced, via Twitter, that -- for the sake of reducing his carbon footprint -- he would never fly again, he still has yet to board an airplane.

Four months, of course, isn't so long. Holthaus has been replacing his once-busy travel schedule with video conferences, working remotely on his project in Ethiopia and otherwise entertaining himself from his home in Wisconsin.

But last week, he was given the first real test of his pledge: getting to Atlanta for the annual meeting of the American Meteorological Society. He chose to take the bus (narrowly missing the city's two-inch snowfall and resulting gridlock). As is his style, he live-tweeted the 28-hour journey, and, in a piece for Slate, concluded that it was definitely worth it:

From both a climate and financial standpoint, there’s a clear case to take the bus. From a butt-numbness standard, the bus isn’t quite there yet in the United States. However, the rise of limited-stop intercity operators like Megabus is helping the United States to quickly catch up to the rest of the world in terms of frequency and comfort on long-haul bus rides. In Chile, a spread-out country that has embraced long-distance buses, you can easily and cheaply snag a first-class quality experience with meals, Internet, live TV, and a lay-flat bed in every seat.

Buses are the most climate-friendly mode of transportation per passenger mile next to walking or riding a bike. This makes sense: There’s no need to accelerate hundreds of tons of aluminum to nearly the speed of sound, or to push thousands of tons of steel along 19th-century rail routes. Even a Prius is dragging along lots of extra weight just to move you down the road, especially if you’re solo, as most car trips are.

My bus ride would have been even cheaper if I hadn’t booked at the last minute. Two weeks prior to my departure, the Megabus fare between Madison, Wis., and Atlanta was $80 round trip.

Still, the world might not be ready for Holthaus' commitment to climate action. At least, meteorlogists don't seem to be. "It's a bit of a challenge just getting people not to laugh at me," he told Salon of his arrival at the conference. He admitted that's a bit of an exaggeration -- but said being a scientist/activist does make him an outsider.

“Especially in this crowd, they tend to be a little bit more intellectually conservative,” Holthaus said of the conference’s attendees -- the AMA is notorious for including a high percentage of climate deniers among its ranks. More to the point, they’re not willing to make the leap from 95 percent certainty to leading a call for action. Ninety-five percent, Holthaus reiterated, is also how certain we are that smoking causes cancer. In his fellow meteorologists, he heard the protestations of those who nonetheless choose to keep smoking, ignoring the risk to themselves and to those around them: “Oh, it’s just going to be too hard to quit.”

"I think a lot of people here are stuck in the science and feel themselves disconnected with it," Holthaus said. And they remain stuck, as well, in the mind-set that we'll probably figure the whole climate change thing out before it's too late. For his part, last fall's release of the IPCC Climate Report remains a wakeup call: it's far past time, he said, to start taking bold action.

"I don't honestly care if people laugh at me," he added, "because at least they're then thinking about it." And sure enough, at least one friend got in touch to tell him, "I thought of you this morning when I was driving to the airport."

Holthaus, for his part, seems resigned to his new, no-fly way of living. "This is what my life is," he said. "This is what I do." Later this week, he has a 28-hour return trip during which to further reflect on that.