The fast food chain attempts to demystify its processed poultry 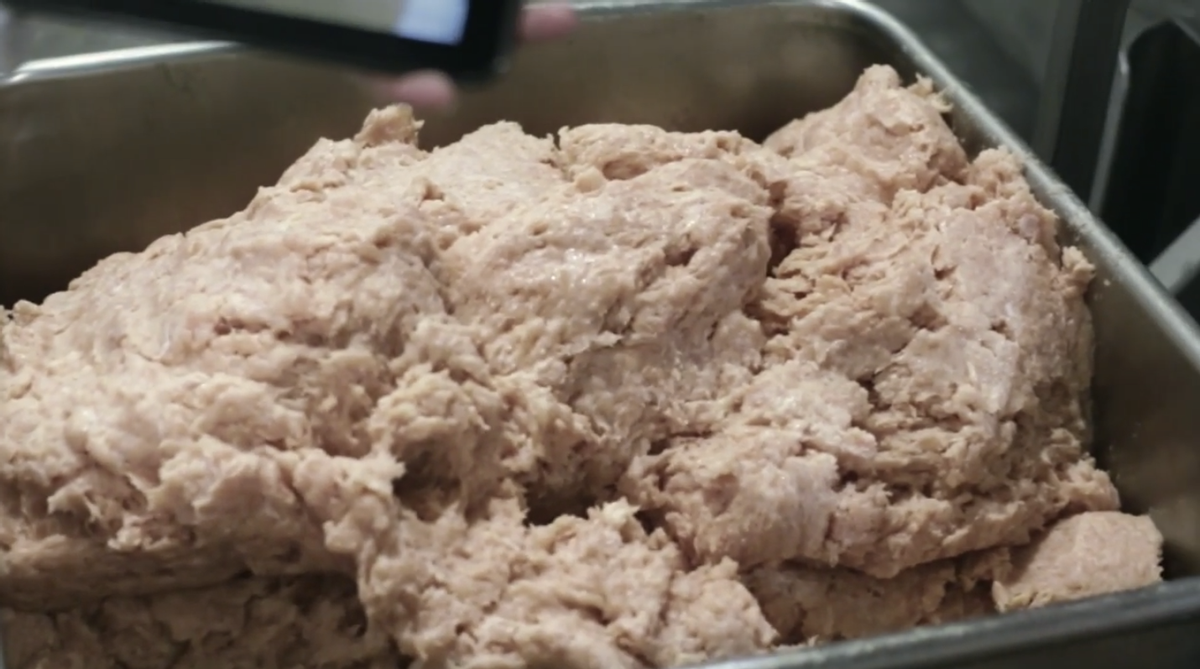 At long last, McDonald's Canada has decided to take on claims that its chicken nuggets are made with pink slime, releasing a video showing what's really going on in its processing plants. Confronted with the footage, it's reasonable enough to conceded that the product differs significantly from the images that started circulating a few years back. Whether it's less disgusting is up to your own interpretation.

Like most such "exposés," be they from watchdogs or industry P.R., the video confirms what consumers should already know. As it emphasizes, chicken nuggets do start out as whole chickens. Then, after a lengthy industrial process, they end up as something else. The video conveniently glosses over the "seasoning" that's added to the ground chicken breast, which, as HuffPo Canada points out, includes dimethylpolysiloxane, an anti-foaming agent also found in Silly Putty -- which no doubt contributes to those pink goop claims -- along with TBHQ, a petroleum-based preservative. Some of the more exaggerated claims about their contents may not be true, but this is still battered, deep-fried, processed food we're talking about. Watching exactly how it's made should only reinforce that: