"In my view, she's not lying," Elkan Abramowitz said. "She truly believes this happened" 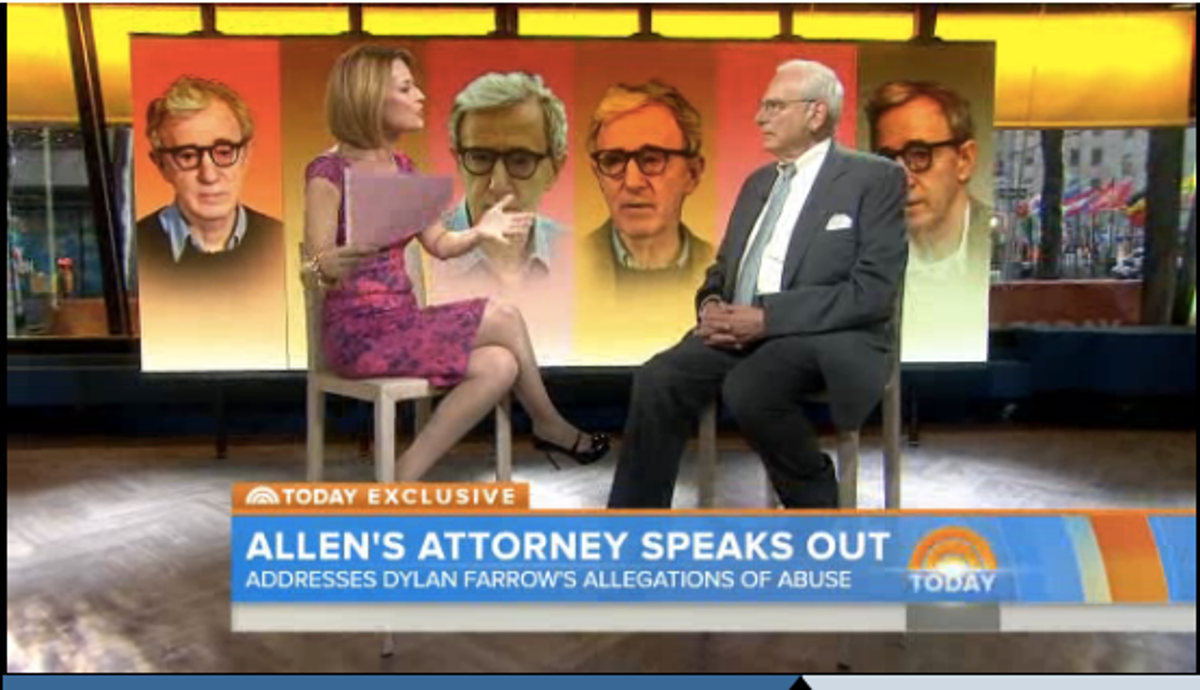 Woody Allen's lawyer appeared on "Today" to discuss Dylan Farrow's open letter detailing the alleged abuse she suffered at the hands of Allen.

Elkan Abramowitz called Farrow a "pawn" in a dispute between Allen and Mia Farrow, and said that "the idea that she was molested was implanted in her by her mother."

"In my view, she's not lying," he continued. "She truly believes this happened."

Investigators from the sex abuse clinic of Yale-New Haven "determined after a six-month inquiry not only that [the molestation] didn't happen, but that Dylan was coached by her mother," according to Abramowitz.

As host Savannah Guthrie noted, the judge in Allen and Farrow's custody case said there was no credible evidence that Dylan had been coached, and the doctor who led the Connecticut investigation acknowledged during his testimony in the case, "We don't have firm evidence that Miss Farrow coached or directed Dylan to say this."

In 1993, state Attorney General Frank Maco told reporters he believed there was probable cause to arrest Allen, but said he decided not to charge Allen to avoid "exposing [Dylan] to possible harm."

You can watch the exchange with Savannah Guthrie here: