Bill Nye on creationism: Show me one piece of evidence and I would change my mind immediately 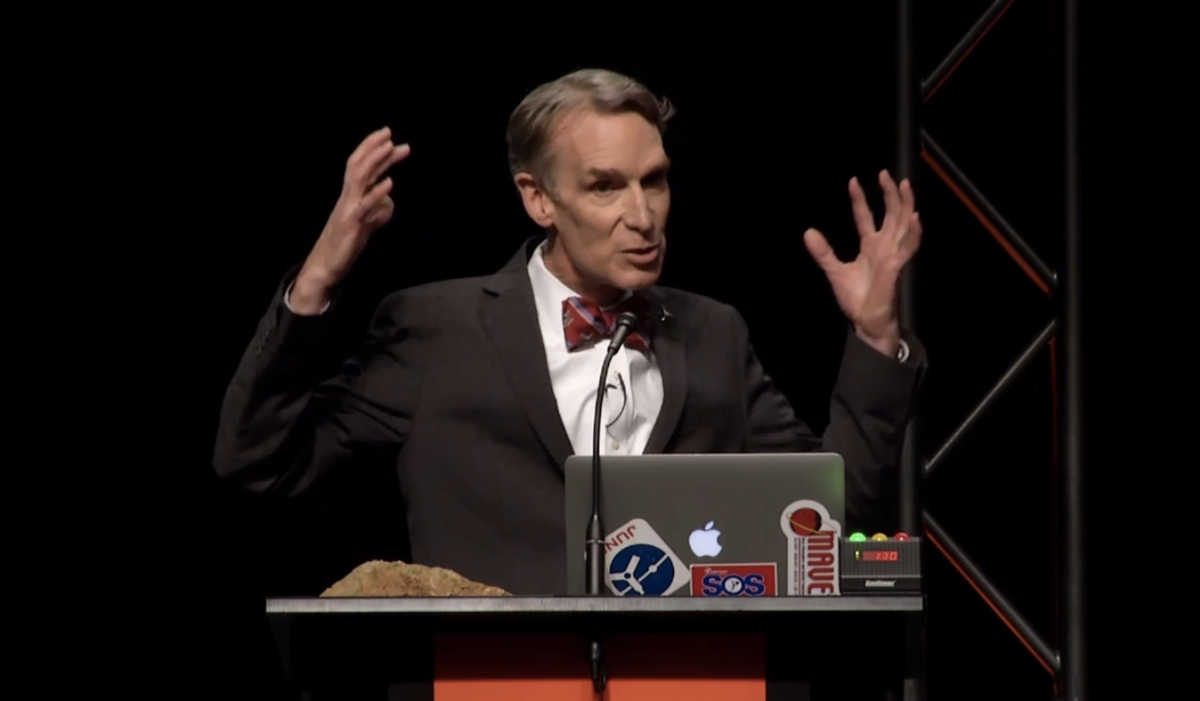 It's the 21st century, but the debate over evolution is alive and well. In a live showdown that pitted Darwin against the word of God, 90's icon Bill Nye took on Australian young-Earth creationist Ken Ham on Ham's turf, the Creation Museum in Kentucky.

As with most debates, it was obvious before it began that neither was going to convince the other to change his fundamental world view. There were plenty of questions that Nye, leaning on science, couldn't provide an answer for, but he treated those moments not as defeats but as reasons to be excited about the possibilities of scientific inquiry. Ham, meanwhile, took comfort in what Nye referred to as his "literal interpretation of most parts of the Bible," reconciling anything he couldn't answer with the response that God's word is "the only thing that makes logical sense."

That all was further confirmed when a member of the audience asked what turned out to be the crux of the debate: what, if anything, would convince the men to change their minds? Ham's answer: "I'm a Christian." (In other words, nothing.) Nye, on the other hand, was happy to concede that just one piece of evidence to support a Biblical interpretation of Earth's formation -- that the universe is not expanding, or that rock layers can somehow form in just 4,000 years -- would cause him to change his mind "immediately."

Also telling were their responses to the final question: "What is the one thing, more than anything else, upon which you base your belief?" Ham took the opportunity to proselytize about that very unique and special book, while Nye advocated for a different sort of wonder:

“I base my beliefs on the information and the process that we call science...It fills me with joy to know that we can pursue these answers. It is a wonderful and astonishing thing to me that you and I...have come to be because of the universe's existence," he said.

He then closed by reminding his audience of the stakes (in case anyone needs reminding, here's a chart showing how Americans' acceptance of evolution compares to other countries, and here's a map showing where public schools are allowed to teach creationism): "If we abandon all that we've learned about nature and our place in it, if we abandon the process by which we know it, if we let go of everything people have learned before us, if we stop driving forward, looking for answers to the next question, we, in the United States, will be outcompeted by other countries...We have to embrace science education. We have to keep science education in science classes.”

So who won? That, of course, depends on who you ask.

For those who missed it, you can watch the entire debate here: