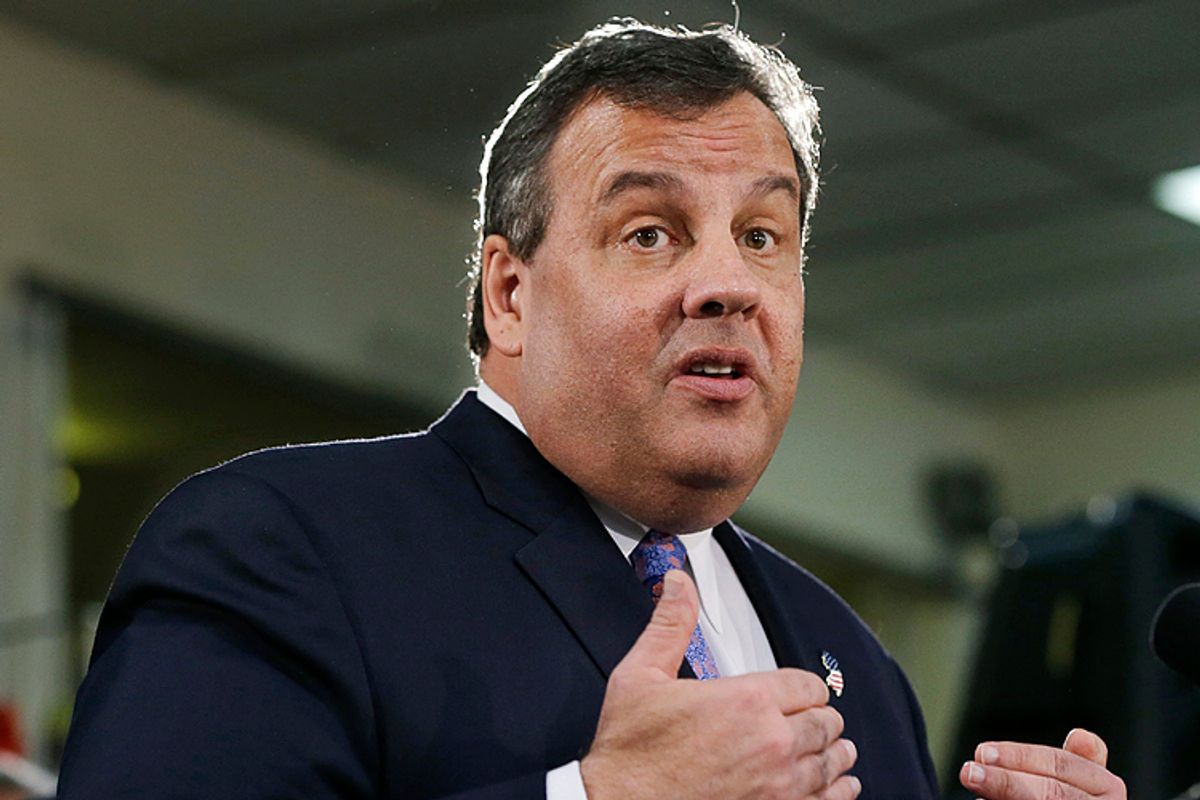 Here's some good news for New Jersey Gov. Chris Christie! His support in national polls is way, way up among an important constituency: People who love assholes. Obviously, not a lot of voters self-identify as "people who love assholes," but pollsters have a special technical term for this small but terribly influential demographic group. They call them "core Republicans."

In prior polls, "core GOP" voters liked Christie less than total GOP voters -- because the hardcore right considered him an Obama-hugging Shariah-creeping RINO.

This is a tiny sample of voters in one poll, so it would be irresponsible to draw many conclusions from this one data point. But, on the other hand, this one data point does confirm various preexisting opinions I have so I'm going to run with it. Because we can tell by observing which Republicans become "core GOP" superstars that the most important factor for gaining the admiration of the grass-roots right is earning the scorn of everyone who isn't part of the grass-roots right.

Movement conservatives in the Obama era prize being hated by the "right" people more than almost anything else. Pissing off liberals was always the secret to the success of pure media creatures like Laura Ingraham, but that recipe for right-wing success has now spread to actual politicians and elected officials, and the result is, well, Sen. Ted Cruz. Cruz is a man with no legislative accomplishments -- and, unlike his fellow young Senate renegade Rand Paul, not even any coherent strategy to earn legislative accomplishments -- who became a beloved right-wing figure by pissing off not just liberals but also most of his fellow Senate Republicans.

So take Chris Christie, a man who was until quite recently the favorite major Republican officeholder of the donor elite as well as the centrist Beltway press, and who was therefore despised by the sort of people who allow Donald Trump to continue to pretend to be a viable candidate for anything. Now subject Christie to weeks of terrible press. Have it be revealed that his administration is ruled by patronage and payback. Have Christie respond with more bluster than contrition. Suddenly, he's halfway to conservative hero.