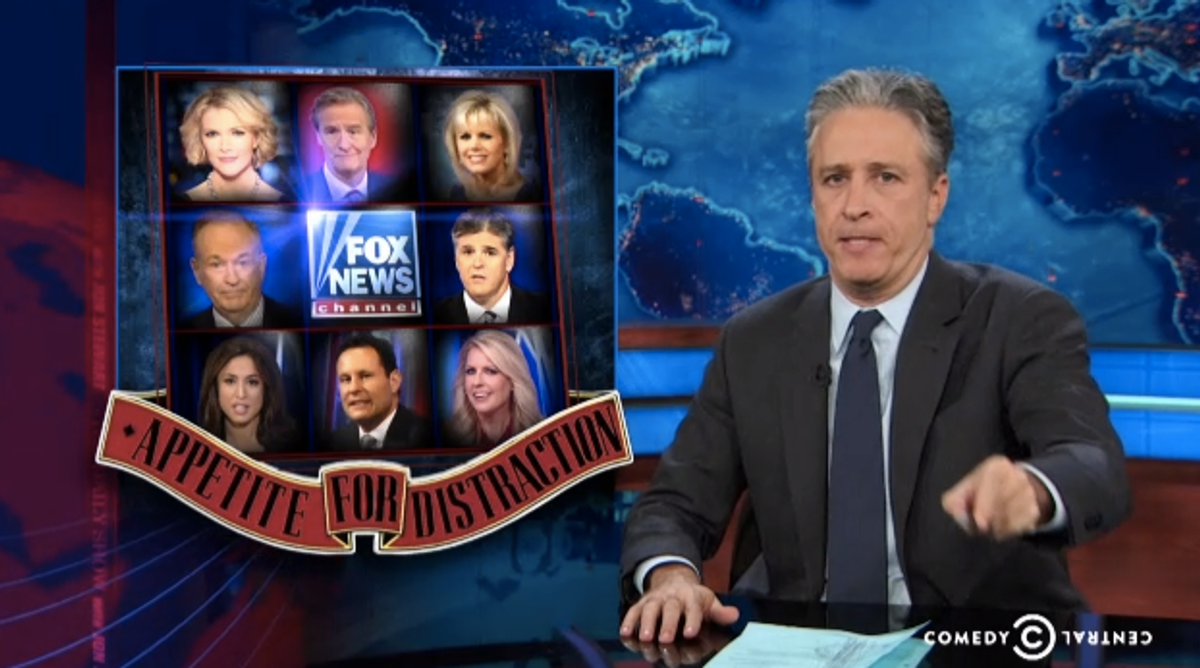 Fox's pre-Super Bowl interview between Bill O'Reilly and President Obama, as any "Daily Show" fan can imagine, was a godsend to host Jon Stewart, who devoted his entire program to Fox's ridiculous outrage both during the interview and after.

After fielding questions about the IRS, Benghazi and Obamacare, Obama called out O'Reilly and Fox for spreading unfounded theories. “These kinds of things keep on surfacing, in part because you and your TV station will promote them,” the president said.

Over at Bullshit Mountain, the quote became a scandal -- nay, a distraction from all the other scandals that the president has created!

"Brilliant move!" Stewart said, mocking Fox pundits who peddled the bogus theory. "Deflect the spotlight from your many scandals by doing an interview by Fox about them right before the most-watched event in the history of television. That Obama . ..keeping it on the DL."

When the president isn't at the center of a scandal, he is distracting America from another scandal, which is also a scandal. And a distraction. And a scandal. Thus is the script over at Fox ... unless, says Stewart:

"Unless of course Fox News is attempting to distract us from noticing that rather than being a news organization, they are a spite-driven anger machine rooted in the fear that any change in the status quo will inevitably erode our nation's traditional power structure leading to internment camps for real Americans powered by solar energy and tacos--Wait! Hard-shell gay tacos."