He also busts out one of his favorite rhetorical devices: Comparing people to Nazi propagandist Joseph Goebbels 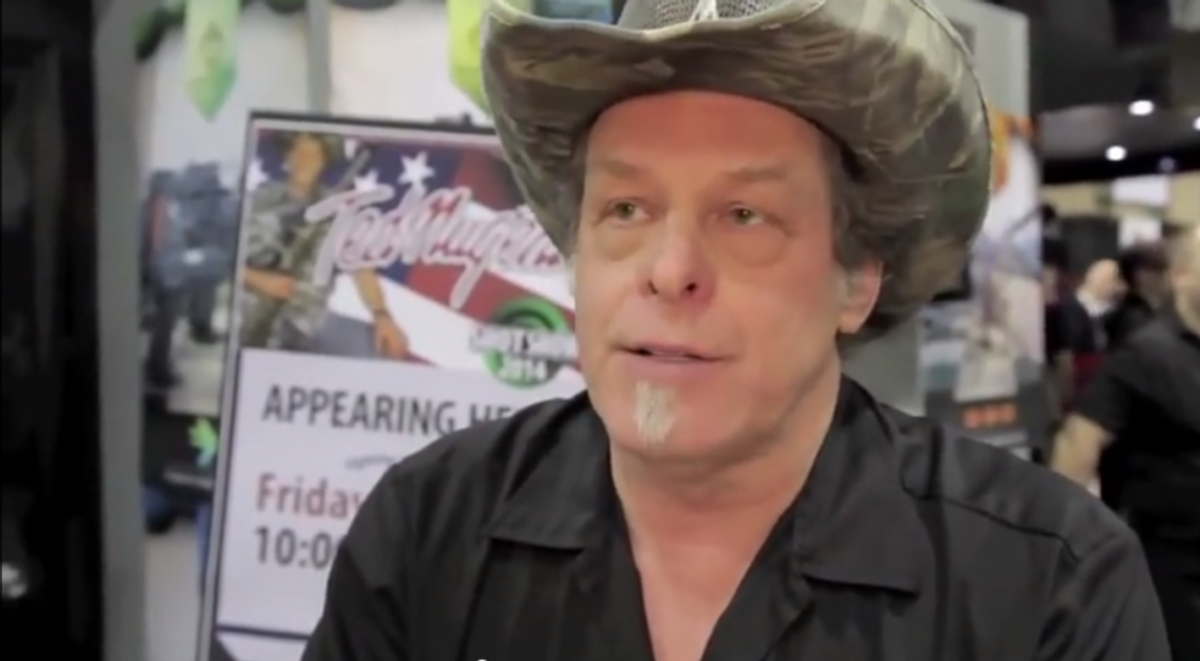 All-around nice guy Ted Nugent, who is totally not an unhinged racist, joined Denver talk-radio host Peter Boyles on Monday to discuss politics and, especially, how Nugent explains the problems with today's GOP.

"What happened to the Republican Party?" Boyles asked Nugent.

"Someone extracted their scrotum with a rusty shiv," was Nugent's considered reply. "They have no balls. I don't know where this 'Let's be Mr. Rogers with a Lawrence Welk soundtrack tie adjusting' mantra came from, but my god!"

"If there's a life-support system attached to the GOP, it's flat-lining," he continued.

Nugent wasn't done there, though. He went on to describe the U.S. media as "basically Joseph Goebbels' propaganda ministry" and to warn that the country was "being flushed down the toilet, certainly for the last fifteen or twenty years." (That's a long time to be being flushed!)

And then he started bleating like a sheep, explaining that that's how he views the American people.

If you're in an especially masochistic mood, you can listen to Nugent's appearance below, via Jason Salzman of BigMedia.org: