The Christian right's 5 most dangerous candidates for Congress

Think the current crop of Congressional Republicans is bad? Wait until you get a load of these guys 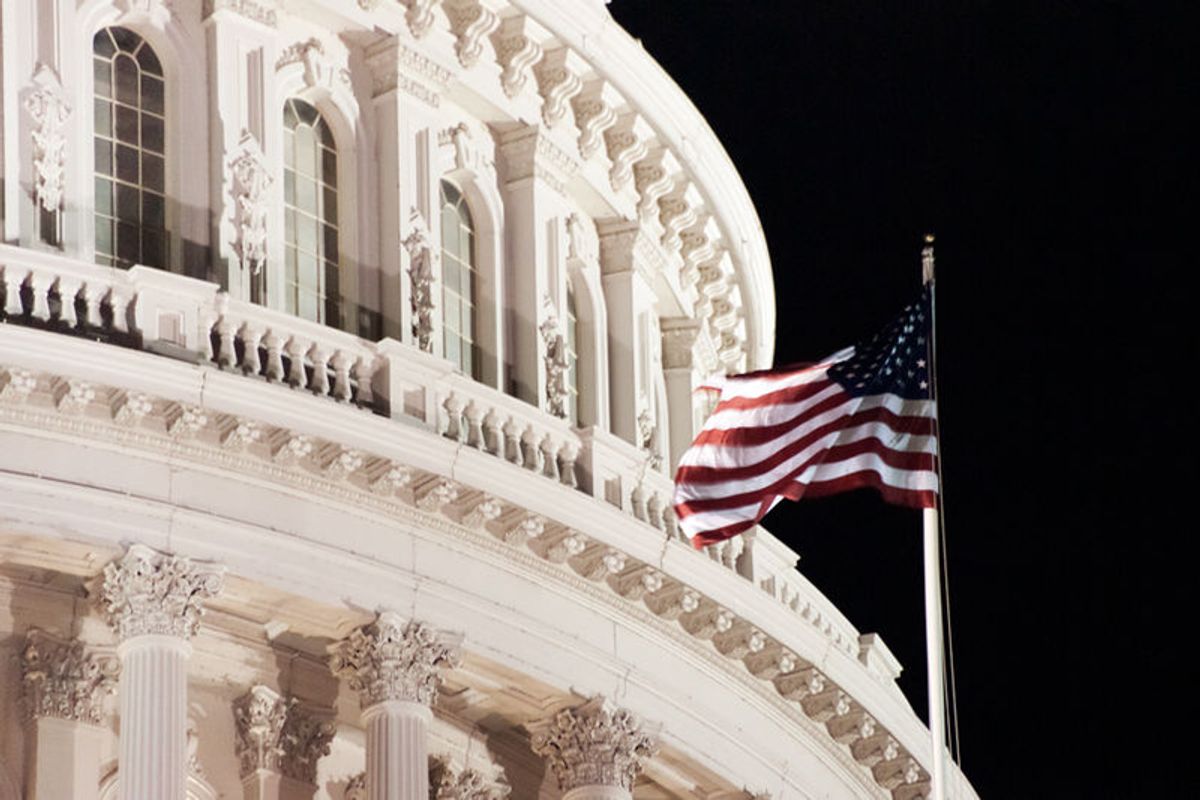 Not all that long ago, the establishment wing of the Republican Party had the power to demand obedience from its Christian Right flank, but thanks to Internet fundraising and changes to campaign finance laws, the 2014 elections could be a case of the tail wagging the dog.

The GOP establishment has always had a monopoly on money, thanks to its unfettered access to the Wall Street donor class. As a result of this power differential, the Christian Right, while energized and mobilized, would be forced to sit when told to sit by the party’s big wigs. But those days are history.

Today, the Christian Right is armed with networks and pipelines of unprecedented levels of campaign financing. Its consortium of donor channels includes the Club for Growth, Senate Conservatives Fund, FreedomWorks, and a cadre of hyper-religious organizations such as the Christian Coalition, Christian Broadcasting Network, American Values, and the Family Research Council.

The Christian Right can now raise enough cash to compete and win in Republican primaries against Chamber of Commerce-sponsored establishment candidates. According to the Federal Electoral Commission, Tea Party and social conservative groups raised nearly three times as much as GOP establishment groups in 2013.

The Christian Right is not only an existential threat to the future of the Republican Party, it’s also an existential threat to our secular democracy, for it wishes to transform America into a tyrannical theocracy governed by biblical law. With the warring Republican factions preparing to square off in a series of Senate and House primaries, here are the Christian Right’s most favored candidates for the 2014 election cycle.

Matt Bevin, a self-employed businessman, is contesting the GOP primary for Senate Minority Leader Mitch McConnell’s seat. Bevin, who describes his life as being “built on a bedrock of strong Christian values,” is now leading McConnell by 4 according to the most recent Rasmussen Report poll.

Right-wing blogger and Fox News contributor Erick Erickson says Democrats are “squealing like a stuffed pig” because of polling data that shows Bevin leading Democrat Allison Grimes, while McConnell only draws out a statistical tie. “If the GOP does not gain the Senate in 2014, it will probably be because they lose Kentucky. They only lose Kentucky if Mitch McConnell is the Republican nominee,” says Erickson.

Like all those on the far right, Bevin, who is a Southern Baptist, is obsessed with controlling all matters related to sex and abortion. Earlier this month, on the 41st anniversary of Roe v. Wade, Bevin penned an op-ed that read, “The fight for the unborn could not be any more important. Since that dark day in 1973, America has seen more than 55 million babies killed under the guise of 'choice….Being pro-life is more than simply a slogan to us. It is a belief that every life, born and unborn, is so precious to our Creator, that it compels us to action.”

In case you missed it the first time, he’s leading McConnell and the Democrats by a handy margin.

Barlow is a veterinarian, retired US Army Lieutenant Colonel and small business owner in Bowie, TX. She describes herself as an “unashamed Republican Tea Party Christian Conservative with a loud voice and some rock-solid core values.” You know, values such as opposing women’s reproductive rights, marriage equality, raising the minimum wage and immigration reform.

When it comes to tackling the nation’s most complex fiscal issues as they relate to taxes, spending and federal budgets, she’s got that covered, because in her words, “As a small business owner, I know how to save money— in fact, I can pinch a penny until Abe has a migraine.”

Barlow believes her qualifications as a veterinarian place her in good stead when it comes to dealing with WMDs. “Many folks are unaware that what we call 'weapons of mass destruction' are, in fact, modified zoonotic animal diseases and pesticides. Veterinarians understand the diagnosis and treatment of these things, and the means available to protect the public,” she wrote on her blog site.

In South Carolina, state Sen. Lee Bright is challenging veteran Sen. Lindsey Graham (R-S.C.) for his senate seat. It's difficult to find someone further on the loony fringe than this Club for Growth-endorsed candidate.

A member of the Southeastern Baptist Theological Seminary’s Board of Visitors, Bright has been a sponsor of the “Life Begins at Conception Act” for the past three years. In April 2013, Bright introduced a bill that would end all abortions in South Carolina. He has also sponsored bills that would criminalize the Affordable Care Act and bills that would exempt South Carolina from federal gun laws.

Bright has also called FEMA a "scam,” and has promised “to get rid of the IRS.” After seeing a video of IRS agents training with AR-15 rifles, Bright said, “They’re doing assault-weapon training, the Brown Shirts are next because that’s the enforcement for Obamacare. If you don’t have an IRS, you don’t have Obamacare. That’s the mechanism that’s controlling our lives for far too long.”

It gets worse. Bright believes federal income tax is something “designed by Nazi Germany,” and in a series of speeches to pro-faithful gatherings has promoted the idea of reigniting the Civil War. “If at first you don’t secede, try again” is one of his favorite applause lines. “If the 10th Amendment won’t protect the Second, we might have to use the Second to protect the 10th,” is another.

4. Chris McDaniel: Republican Candidate for the U.S. Senate in Mississippi

McDaniel is a distant cousin to President John Kennedy, but that’s where any similarities with the pro-civil rights leader begins and ends, for McDaniel is a neo-Confederate who has delivered speeches to the local chapter of the Sons of Confederate Veterans.

In January,  Mother Jones surfaced comments McDaniel made about his unhappiness with the lack of Muslim villains in Hollywood films. McDaniel said, “They’ll go out of their way to find some Russian white guy that’s just nuts, and he’s the terrorist, which I’ve never seen that. But the Muslims, they’ve just disappeared from Hollywood’s radar.”

He blames rising gun violence on a "hip-hop" culture that "values rap and destruction of community values more than it does poetry."

Paul Broun is contesting the Republican nomination to contest for the U.S. Senate seat made vacant by the retirement of Republican Sen. Saxby Chambliss.

In a speech given at Liberty Baptist Church sportsman’s banquet, Broun said, “All that stuff I was taught about evolution and embryology and the Big Bang Theory, all that is lies straight from the pit of Hell.” Broun believes the world is no more than 9,000 years old and was created in six literal days.

In May 2009, Broun proposed failed legislation that would have proclaimed 2010 "The Year Of The Bible,” and he also introduced a bill to ban pornography at all U.S. military installations. That same year, Broun proclaimed climate change to be a “hoax.” He said, "Scientists all over this world say that the idea of human-induced global climate change is one of the greatest hoaxes perpetrated out of the scientific community. It is a hoax. There is no scientific consensus."

In reality, there is almost unanimous scientific consensus that climate change is real and is caused by human activity.