Scientists warn of the threat posed by H7N9 and H10N8 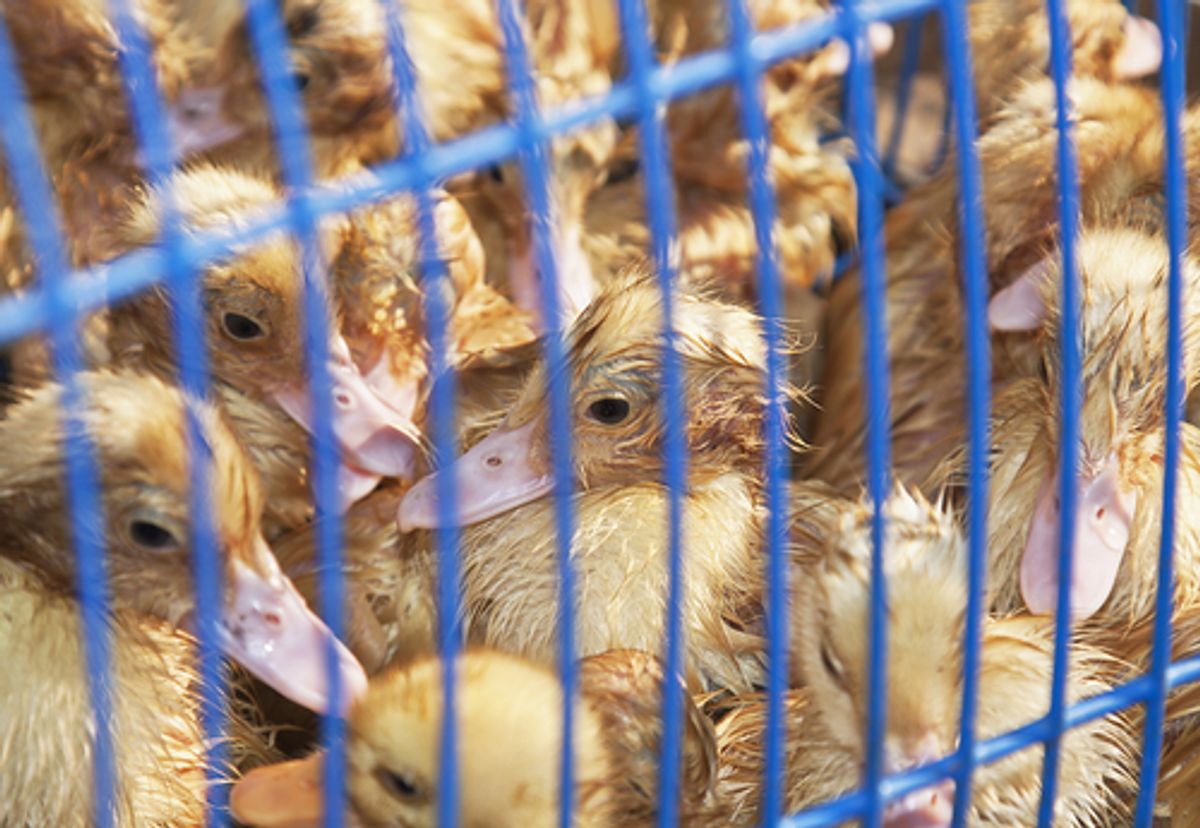 Two new strains of avian flu have made the leap from animals to humans, sparking fears of the potential for a pandemic. This week, experts warned of the risks presented by both strains -- H7N9 and H10N8 --  the former of which may now be able to be carried by humans, and the latter which is "surging alarmingly."

H7N9 has killed about a quarter of the 300 patients it's so far infected, The New York Times reports:

The first human cases were reported only last March. By contrast, the H5N1 influenza virus, another lethal strain that jumped from birds to people, first appeared in 2003 and took almost five years to reach the 300-case mark.

“H7N9 is blowing right by H5N1,” said Michael T. Osterholm, director of the Center for Infectious Disease Research and Policy at the University of Minnesota. “I’m really worried about that.”

H10N8, on the other hand, has only seen two confirmed cases so far; it was responsible for the death of a 73-year-old woman. But that strain, Reuters explains, could end up posing a much greater risk:

Chinese scientists writing in The Lancet medical journal who conducted a genetic analysis on samples of the H10N8 virus from the woman who died said it was a new genetic reassortment of other strains of bird flu viruses, including one called H9N2 that is relatively well known in poultry in China.

Somewhat worryingly, the virus - like H7N9 - has also evolved "some genetic characteristics that may allow it to replicate efficiently in humans", said Yuelong Shu of the Chinese Center for Disease Control and Prevention in Beijing.

Back to the Times, which maintains that we should be focusing on H7N9:

While the newer influenza virus is worrisome, a mere two cases is “a far, far cry” from the risk posed by H7N9, said Ruben Donis, chief of preparedness for the flu division of the Centers for Disease Control and Prevention. He noted that the H7N9 virus had infected people in 10 Chinese provinces and was close to the borders of Vietnam, Cambodia and other poor Southeast Asian nations less adept than China at flu surveillance.

Rest assured, scientists and public health officials are going to be keeping a close watch on both of them.