Bank runs, an Apple ban, arrests and a Russian crackdown make for bad headlines, but don't count the currency out 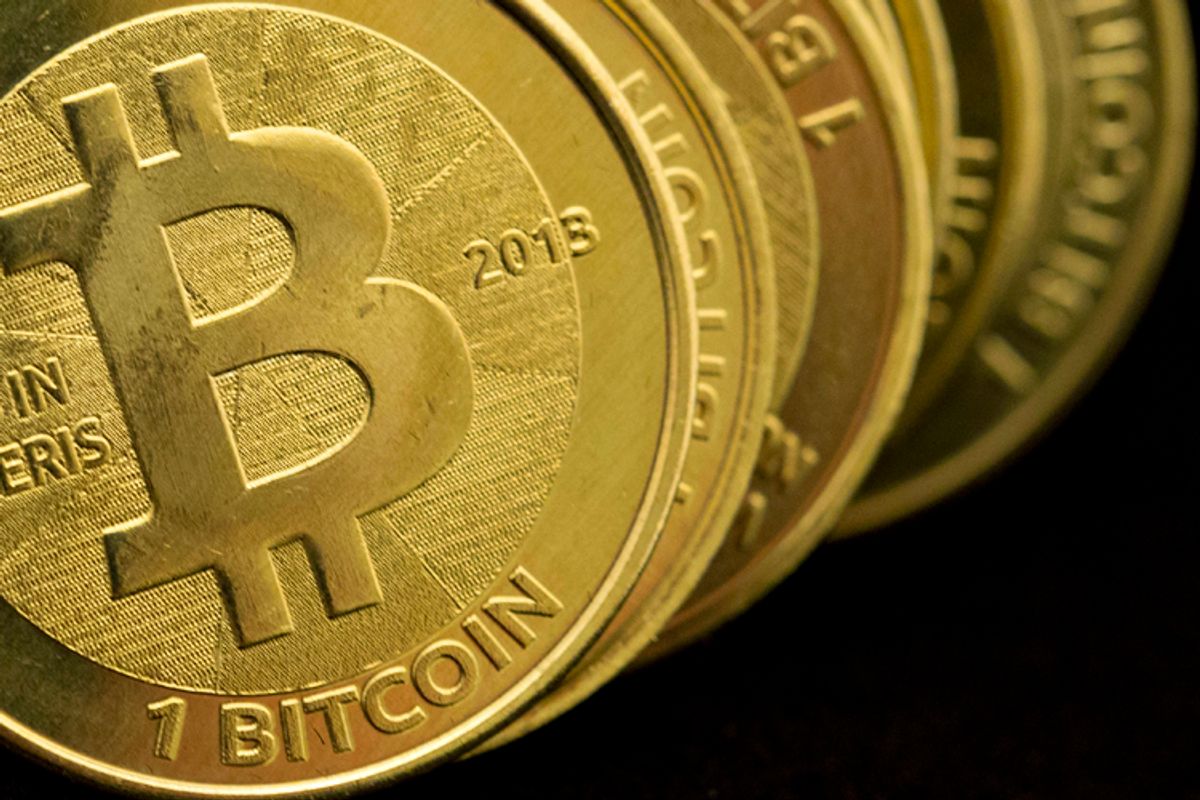 What do Vladimir Putin and Apple have in common? Answer: They don't like bitcoin, the so-called cryptocurrency that just endured its most newsy week ever.

On Thursday, Russia's prosecutor general's office banned the use of bitcoin and all other cryptocurrencies, declaring that "the monitoring of the use of virtual currencies shows an increasing interest in them, including for the purpose of money laundering profit obtained through illegal means.”

Russia's crackdown came one day after Apple, without explanation, dumped the last remaining bitcoin "wallet" app, Blockchain, from the App Store. (In bitcoin parlance, a "wallet" app allows for the secure storage and transmission of bitcoins.) In response, some outraged bitcoinistas videoed themselves smashing their iPhones.

Both actions occurred in the wake of last week's arrest of a Brooklyn, N.Y., bitcoin entrepreneur, Charlie Shrem, on charges of money laundering linked to transactions on the Silk Road online drug emporium.

Throw in a virtual bank run on the one-time king of the bitcoin hill, MtGox, and a rash of thefts from accounts at Coinbase, a bitcoin wallet service backed by the elite Silicon Valley venture capital firm Andreessen Horowitz, and it's no wonder that the price of bitcoin has dropped 20 percent over the past couple of days. As economics commentator Felix Salmon warned on Friday morning, bitcoin's quest to become entrenched as a legitimate payment mechanism accountable to no one but its own users faces serious opposition from existing incumbents, both of the government, and corporate, variety.

But there's another lesson to be drawn here. It's much worse to be ignored than to be considered a threat. If the creators of Blockchain are correct, and Apple has a ban on all bitcoin-related apps because it sees them as competitors to its own payment processing monopoly, then isn't that all the more reason to take bitcoin seriously? Likewise, having Putin's Russia declare you an enemy of the state is practically a badge of honor. Yes, it's tempting to look at the travails of MtGox and the constantly bubbling stories of thefts and hacks as proof that bitcoin is not ready for prime time, but those are exactly the growing pains that one would expect from a fast-growing, non-regulated market. The bitcoin survivors will surely be the companies that gain a hard-won reputation for not being unreliable magnets for thieves.

It's perfectly reasonable for law enforcement authorities and governments to take a dim view of a technology that enables money laundering and tax evasion, and that is actively touted by many of its acolytes as means for breaking the power of the state. But as Sarah Jeong explains at Slate, that doesn't mean bitcoin is devoid of democratic value.

Money is speech, as Citizens United would have us believe. And as immensely unpopular as that decision is, the court had a point -- money is essential to political participation, and restrictions on the use of money in political activities can silence the cause of both the plutocrat and the dissident....

But if money is speech, and free speech can require a certain degree of privacy, even anonymity, particularly so when the speaker supports an unpopular political cause -- then why don’t we have a right to anonymous payments?

When I first wrote about bitcoin a little under a year ago, I expressed some caution about whether the much-hyped "currency of resistance" would be able to fend off the supervision of government. "The Eye of Sauron will come looking," I joked. (And whaddya know, here comes Putin!) But perhaps the most impressive aspect of bitcoin's evolution since then is that even as governments and corporations have started paying seriously negative attention, in the process of doing so they've also conferred a distinct air of legitimacy on the entire bitcoin enterprise. A week full of "bad" news just confirms that bitcoin is for real.