A list of the best, most challenging writing that's come about as a result of Farrow's willingness to speak out 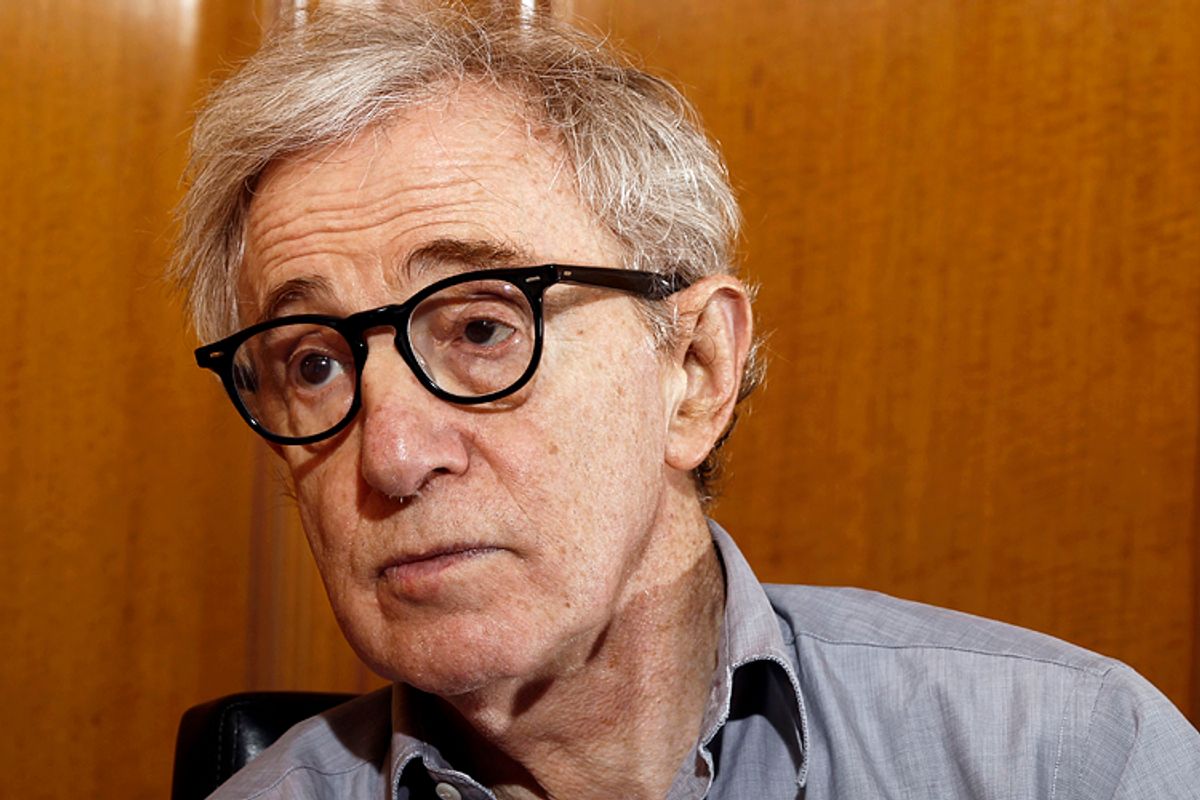 There has been a lot of great analysis and commentary produced in the week since Dylan Farrow went public about the alleged abuse she endured at the hands of Woody Allen. In her open letter, Farrow asked only to be heard, for a reprieve from a culture that she says has silenced her for 20 years.

Below, some of the best writing that's come about as a result of Farrow's willingness to speak out.

The first things you need to read are Farrow's own accounts. In a culture that serially discredits and silences survivors, simply listening is in and of itself a radical act. Farrow's open letter in the New York Times:

[When] I was seven years old, Woody Allen took me by the hand and led me into a dim, closet-like attic on the second floor of our house. He told me to lay on my stomach and play with my brother’s electric train set. Then he sexually assaulted me. He talked to me while he did it, whispering that I was a good girl, that this was our secret, promising that we’d go to Paris and I’d be a star in his movies. I remember staring at that toy train, focusing on it as it traveled in its circle around the attic. To this day, I find it difficult to look at toy trains.

Farrow's response in People to the backlash against her decision to speak publicly:

It took all of my strength and all of my emotional fortitude to do what I did this week in the hope that it would put the truth out there. That is my only ammunition. I don't have money or publicists or limos or fancy apartments in Manhattan. All I have is the truth and that is all I put out there.

The power of the internet, I hope, is that powerful men like Woody Allen no longer control the story. That has to be true.

What’s most galling about Weide’s writing is its preening faux-gentility. He adopts the pose of a gentleman who is above the fray. He is “not here to slam Mia,” who is “an exceptional actress.” He is not “blaming the victim,” Weide insists. He is “merely floating scenarios to consider.”

The scenarios that he floats are thinly veiled smears, not-quite accusations that Weide shovels in at regular intervals. I’m not saying that Mia and Dylan Farrow are liars, he insists throughout the piece, but if you come to that conclusion then I wouldn’t disagree.

Roxane Gay on compartmentalizing Allen and what is lost when we choose "art over humanity":

We are in the midst of awards season and Woody Allen is being feted, once again, for his latest movie, “Blue Jasmine.” At the Golden Globes, Hollywood’s willful denial of Woody Allen’s tainted history was on full and repulsive display. Allen received the Cecil B. DeMille award for lifetime achievement and Diane Keaton, his one-time muse, his Annie Hall, was there to accept on his behalf. Allen, under the guise of reclusiveness, did not face his adoring public. It is interesting, for lack of a better word, that in her speech on Allen’s behalf, Keaton said, “Woody’s women can’t be compartmentalized.”

At that same ceremony, Cate Blanchett received a best actress Golden Globe for her role in “Blue Jasmine.” She gushed about Allen’s talent and her gratitude for his call. She did not compartmentalize. She chose art over humanity. Hollywood has long done this where Allen is concerned. The allegations that have followed him for more than 20 years are either dismissed or ignored.

Aaron Bady's artful and incisive analysis of how rape culture deprives survivors of the presumption of innocence, and the terrible power of a man's "good name":