How we failed Dylan Farrow: What we've learned since 1992 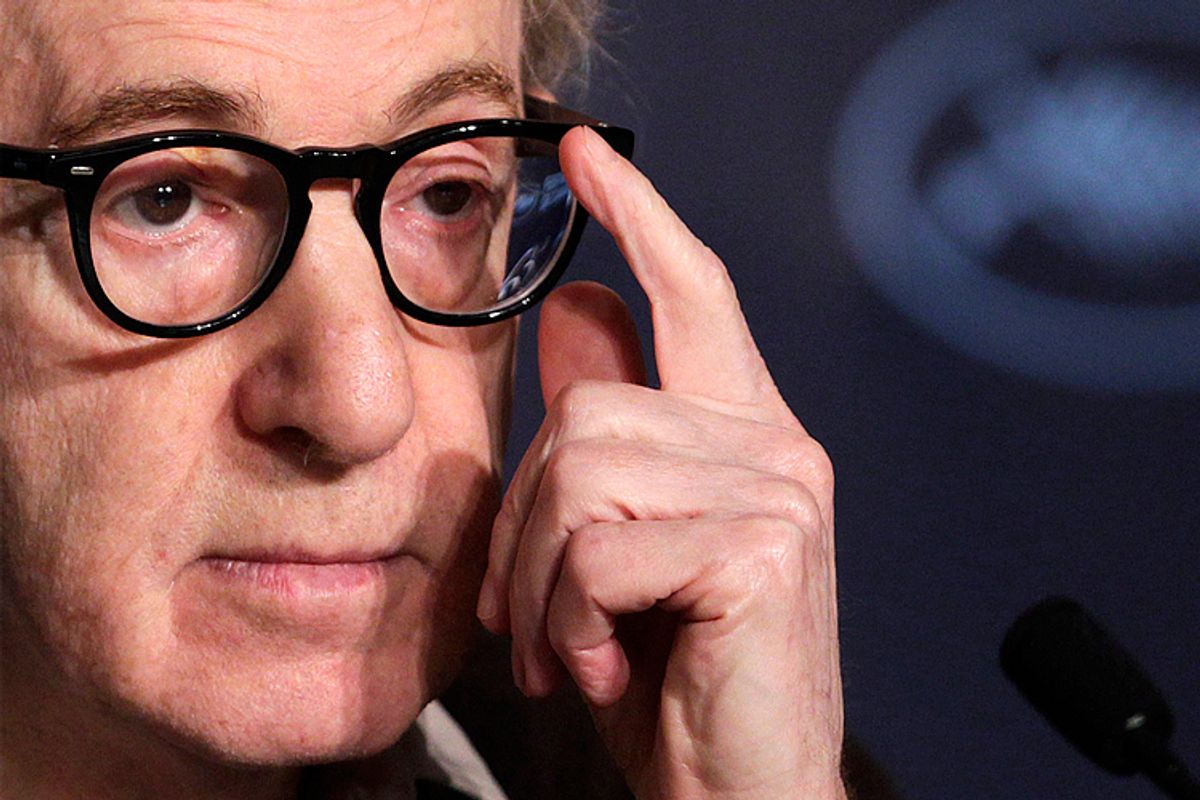 Much has been written about Dylan Farrow's open letter detailing the alleged sexual abuse she endured at the hands of Woody Allen.

Those sympathetic to Allen, like his friend and admirer Robert Weide, have defended him using one key fact as a blunt instrument: Allen was never charged. This is, of course, significant. But as others have pointed out, the absence of charges does not mean the absence of harm, and the many ambiguities of the investigation -- a flawed product of its time and circumstance -- should bring little comfort, and even less certainty.

As several legal experts, child advocates and survivors of childhood sexual abuse I spoke with explained, a lot has changed since 1992. Considerable advances in forensic interviews and the way child sexual abuse is investigated raise important, troubling questions about the case.

Much has been made of apparent inconsistencies in Farrow's disclosures about Allen's alleged abuse. Weide, in his defense of Allen (which has been soundly criticized for its unconcealed allegiance to Allen and highly selective use of information about the case), notes that Farrow indicated to the first doctor she saw that Allen had touched her on her shoulder. A second doctor found no physical evidence consistent with anal or vaginal penetration. Farrow was then interviewed by a team at the Yale-New Haven Child Sexual Abuse Clinic, to whom, according to submitted testimony (none of the doctors who interviewed Farrow testified at the trial), she disclosed accounts of sexual abuse that changed over the course of the six-month investigation.

"What has really changed in the last 20 years is that we realized the systems designed to protect children were really failing them," Arnow tells Salon.

That there was no physical evidence of abuse in Farrow's case reveals virtually nothing about the credibility of her claim. Physical evidence is extraordinarily rare in girls disclosing abuse, so the tone and quality of the forensic interview -- the process by which experts gather reliable information -- is essential.

In the 1980s and '90s, before Child Advocacy Centers -- facilities that house case workers, law enforcement officials, child advocates, mental health practitioners and medical providers, all of whom have specific training in child sexual abuse -- and streamlined forensic interviews became the professional standard, young victims of abuse would have to "tell their story 15 - 20 times, to several adults in positions of authority," according to Arnow. "To make that disclosure at all is a scary thing for a child; to repeat it that many times only makes it more frightening."

Being asked to repeat themselves over and over again may also give children the impression that adults don't believe them, former special victims prosecutor and child protection advocate Roger Canaff tells me.

"[Farrow's] evaluation took place in 1992, when the centers for the detection of child abuse were nowhere near where they are right now, in terms of standard procedure around forensic interviews," he says. "She was interviewed by a number of adults over a period of months. Today, standard protocol is to elicit only necessary information during the early investigation. After that, a team of experts is appointed, but they give the child space, and the process is conducted by one professional. Children often need time to disclose what happened in an experiential [rather than procedural] way."

The problem with repeated, direct questions from multiple authority figures -- such as parents, doctors and law enforcement officials -- is that the children in these situations often feel compelled to say what they believe the adult interviewing them wants to hear. Which is why limiting the number of people who speak to the child is so crucial.

When this isn't the case, "Children get tired, they get scared and they get frustrated," Canaff explains. "At some point, they are going to be tempted to say, 'What does this person want to hear? How can I stop this?'"

Today, these interviews are recorded and extensive records are maintained. As others have noted, one of the more troubling aspects of the Yale-New Haven investigation is that all the notes on the case were destroyed, leaving no context to support the team's conclusions about Farrow's disclosure. This lack of transparency is deeply suspect by current standards, but was also criticized by the judge overseeing Mia Farrow and Allen's 1993 custody case, who called the clinic's final report "sanitized and, therefore, less credible."

Without notes, it is impossible to say why Farrow's account may have changed. But the reasons why a traumatized child would feel conflicted while disclosing abuse are easy enough to understand, even for non-experts. So is the possibility that children may feel the contradictory desires to protect the person who abused them and to meet the expectations of the adults appointed to investigate their claims.

Experts like Arnow and Canaff understand the challenges inherent in investigating these cases -- children subjected to abuse at young ages often do not have the language or comprehension to even understand what they've experienced. But to a public that is often skeptical of the disclosures of abuse victims, inconsistencies read like a malicious act, rather than a trauma response. (This reflexive tendency to think victims are lying is, of course, the precise face of rape culture, as New Inquiry writer Aaron Bady and Salon's Roxane Gay have both powerfully articulated.)

Even in cases where children have difficulty establishing rapport, or for those who have cognitive delays, there is a standard for what is called an extended forensic interview, Arnow says. But even these prolonged interviews are heavily structured, and generally limited to five to six sessions. (Farrow was interviewed nine times by the Yale-New Haven team.) They are almost always, again, done by one highly trained individual.

A child-centered investigation following strict protocol not only leads to reliable evidence, it also prioritizes the needs and well-being of the young victim, ensuring they feel heard, believed and -- most of all -- safe.

"I gave off plenty of signs of distress in my childhood and teen years," Anne, a survivor of childhood sexual abuse at the hands of her adoptive father (who asked that her last name not be used), tells Salon. "But it wasn't until a teacher started asking questions that the school finally launched an investigation."

Anne's family was incredulous when the abuse became public. "My mother was in complete denial; the family members on my father's side, his siblings, were in complete denial," she recalls. Throughout the brief investigation, she says she never felt safe with the adults she spoke with about the case, "I never had a serious conversations with anyone [involved in the investigation] who said, 'I am here for you. How are you?'"

In the end, a court ordered Anne's mother to leave her father or have her children taken away. As is so often the case, there were no charges filed. "He moved out, and that was it," Anne says. Her family soon left the state; her father died several years later.

"Growing up in the '80s and '90s, [child sexual abuse] wasn't really talked about," Emily, another survivor (who asked that Salon refer to her by a pseudonym), tells me. "Not that it's talked about all that much today, either."

Emily came forward about the abuse, but her father, a powerful lawyer in her community, was never charged. Reflecting on the public response to victims who share their stories, she says, "I think for some people, they stay quiet, because they see the doubt [other victims face]."

But "reading other victims' stories might inspire someone to speak up for the first time and say, 'Hey, wait a minute, her story isn't so far fetched, because that happened to me,'" Emily adds.

There is no guarantee that, had Farrow's disclosure been investigated today, the outcome of the case would have been different. But what we do have is a deeply flawed investigation with many questions left unanswered -- and a woman who has maintained for two decades that she was failed by the system, that her abuser was never held accountable.

These uncomfortable facts, these terrible failures, should give pause to those hoping to neatly declare this case closed.