The comedian says goodbye after 22 years of hosting 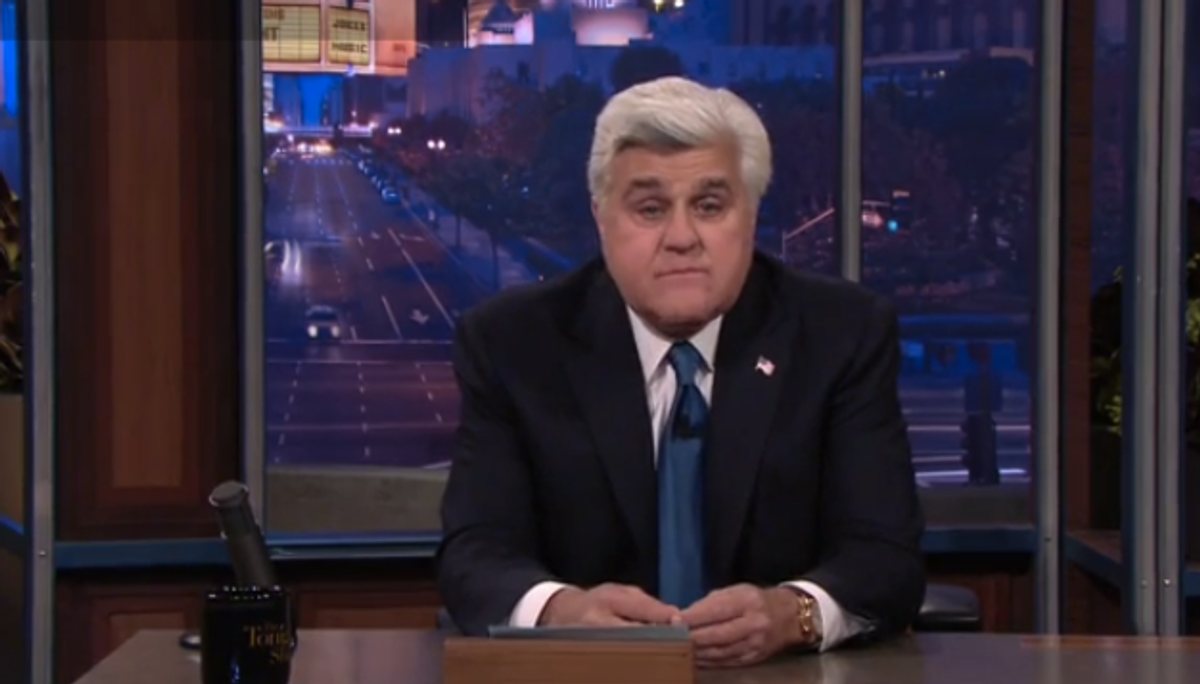 After 22 years hosting "The Tonight Show" on NBC, comedian Jay Leno stepped down on Thursday night. Leno said goodbye to his fans in a heartfelt speech, thanking them for their support and the best "22 years of his life."

Leno's mother, father and brother died during his first three years hosting the show, and "I pretty much ran out of family," Leno said. "Consequently, the folks here [at NBC] became my family."

Leno wished the best for his successor, "Late Night" host Jimmy Fallon. "You know, it's kind of fun to be the old guy, sit back here and see where the next generation takes this great institution.

Leno ended with a tribute to legendary "Tonight Show" host Johnny Carson. "In closing," he said, "I want to quote Johnny Carson, who was the greatest guy to ever do this job. And he said, 'I bid you all a heartfelt goodbye.'"

Leno then handed it over to country singer Garth Brooks, who performed "Friends In Low Places."