Must-see morning clip: To Fox News, corporations are "better people than you" 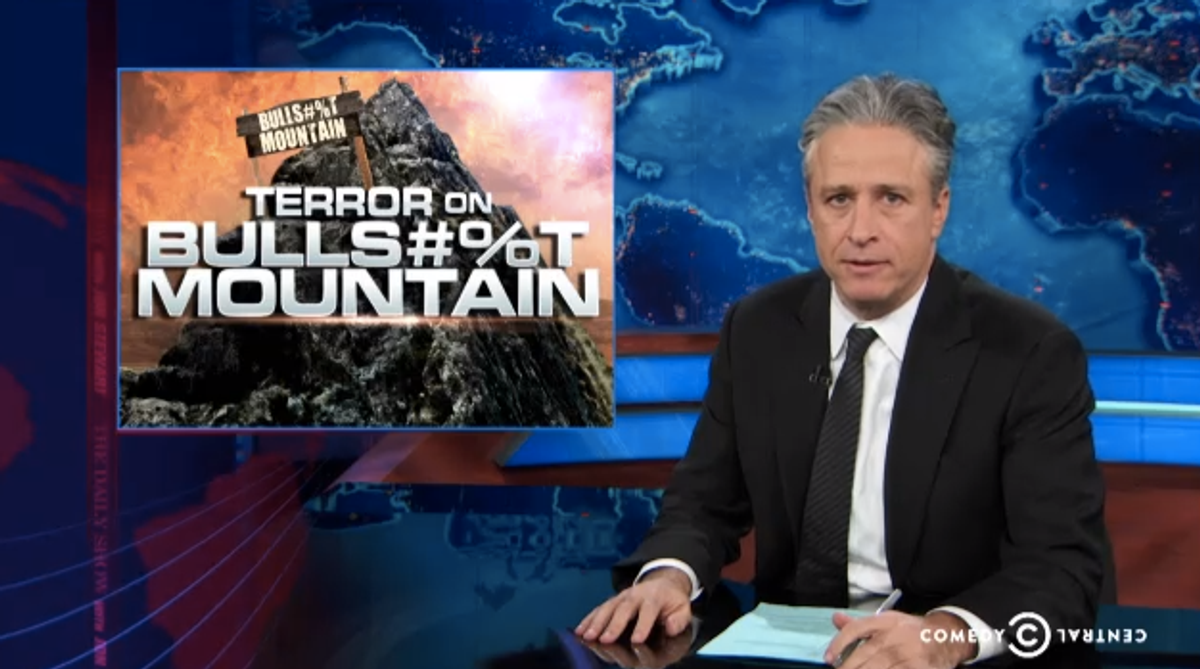 The residents of Bullshit Mountain, aka Fox News anchors, are in a full-on frenzy over the recent CBO report about the impact of Obamacare on the economy. According to them, the report says that Americans are going to lose around 2 million full-time jobs.

According to the CBO, however, the report by the CBO says nothing of the sort. "This isn't employers cutting jobs," clarified New Jersey congressman Bill Pascrell in a meeting with CBO director Douglas Elmendorf. "It's newly empowered workers choosing to go a different path."

"So the three main talking points against Obamacare are, according to the CBO, not true," summarizes Stewart.

But pundits at Fox continue to yell that the increased access to healthcare deincentivizes people to work.

"You know, like Social Security incentivizes Americans to not die at their job!" cried an exasperated Stewart.

"And you won't believe what these lazy poors, who've been sitting around biding their time at their two jobs, just waiting for the day they could ride the Uncle Sugar Train to Medicaid Town are going to do with their new-found windfall," he continued, mocking Fox.

What it all comes down to, of course, is that "apparently on Bullshit Mountain, corporations aren't just people. They're better people than you."