With NBC getting accused of bias, other networks swoop in 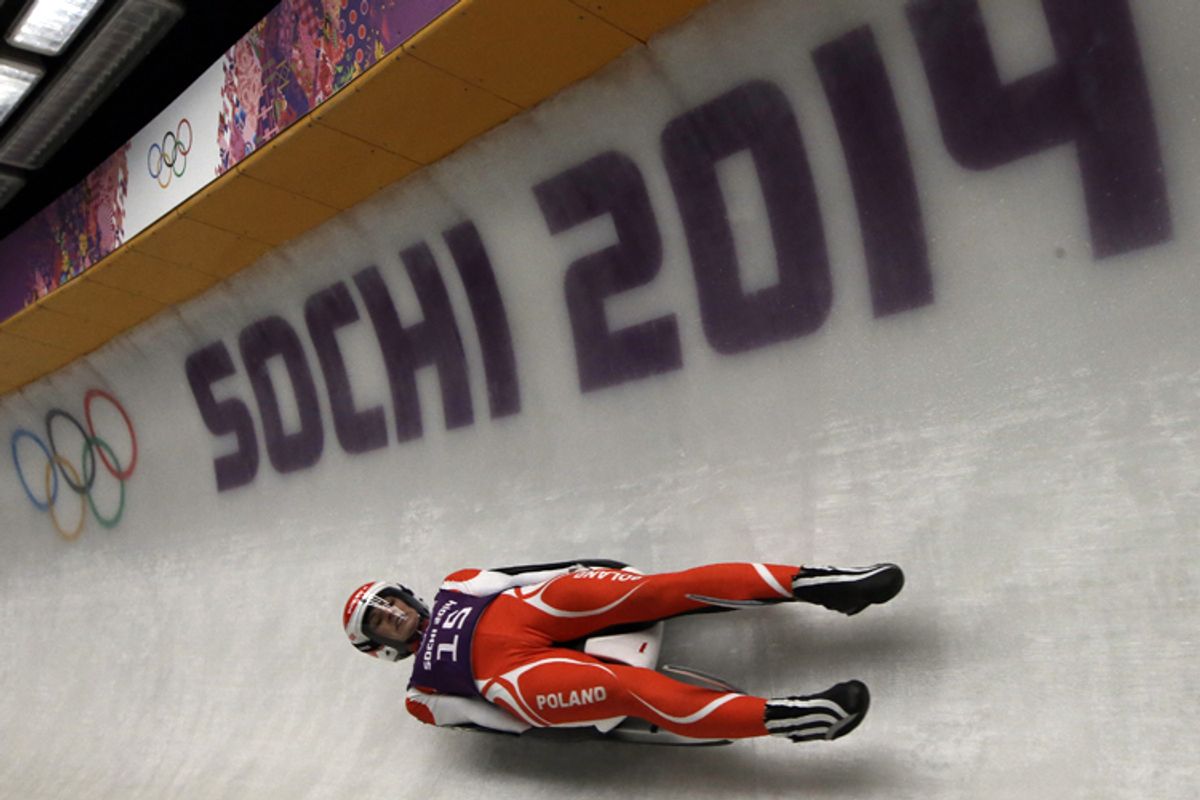 On Wednesday, the Washington Post opened a story by stating that the 2014 games in Sochi "may be the most troubled Olympic Games in the long history of troubled Olympic Games." The news outlet was, of course, alluding to rampant rumors of overspending, misspending and even embezzlement on the part of Russian government officials and those in charge of -- and apparently failing at -- readying the town for the Winter Olympics. On top of those are terrifying security issues, stray dogs and a host country whose overtly anti-gay politics have many calling for a boycott of the event. The article speculated rather convincingly that, while such ballooning controversy should be subject to reporting and analysis by NBC news outlets across its broadcast empire, the fact that NBC paid nearly $800 million to the International Olympic Committee for the right to present the games digitally and on American television has essentially created a massive conflict of interest for the network.

Earlier this week, I was surprised to find in my inbox an email detailing the extent and specifics of ABC's Olympic coverage.  The international sporting event obviously constitutes world news and cannot be the province of a sole broadcaster. However, because of the dark clouds massing over Sochi and NBC's bias -- perceived or otherwise -- toward portraying the event as wholesome, uplifting entertainment worthy of countless hours of your family's spare time -- its natural competitors have gained, ironically, more of an opportunity to horn in on the Peacock network's billion-dollar broadcast bonanza.

NBC's official presentation of the Olympic Games began with, I believe, something called "slopestyle" at some ungodly hour on Thursday. Thursday night, the CBS News affiliate in New York followed up its lead item on Philip Seymour Hoffman's celebrity memoriam with a bulletin on ramped-up security measures surrounding the games, specifically highlighting the widely reported TSA ban on carry-on liquids on direct flights to Russia. ("Yesterday, the Department of Homeland Security warned airlines that terrorists might smuggle explosives in toothpaste tubes," read the anchor. Expect some sort of toothpaste-bomb meme to begin circulating immediately.) The press release I received from ABC announced  that, in addition to correspondents reporting from both Sochi and Moscow, "ABC News Chief Investigative Correspondent Brian Ross will have breaking news on Sochi security threats and allegations of corruption surrounding the games ... Also, ABC News Senior Justice Correspondent Pierre Thomas will report from Washington, D.C. on safety concerns." C-Span kicked off the morning with a "Washington Journal" special look at politics and the Olympics. I'm not sure how Fox News will choose to weigh in, but let's hope it steers safe and clear away from Putin's politics.

It is most likely a good thing overall that this year's Winter Olympics coverage will be dispersed over a wide array of outlets. Different perspectives are both more entertaining than a single one and more likely to help viewers zero in on some sort of accuracy. Whether or not you're a fan of the luge, there will be something of interest in all of this wintery bluster. And, if -- I want to type "God forbid," but I'm an atheist -- any of the fears and threats we are being warned of manifest, it is for the best that so many eyes will already be turned to Sochi. That said, the cynic in me wonders if ABC, CBS and the like will demonstrate unwarranted fervor in seeking out and reporting the most ominous of news and rumor in the hopes of slicing out a piece of NBC's Olympic pie. Even during the Winter Games, it's possible to embrace the spirit of competition too warmly.