The 11 best a cappella songs of all time 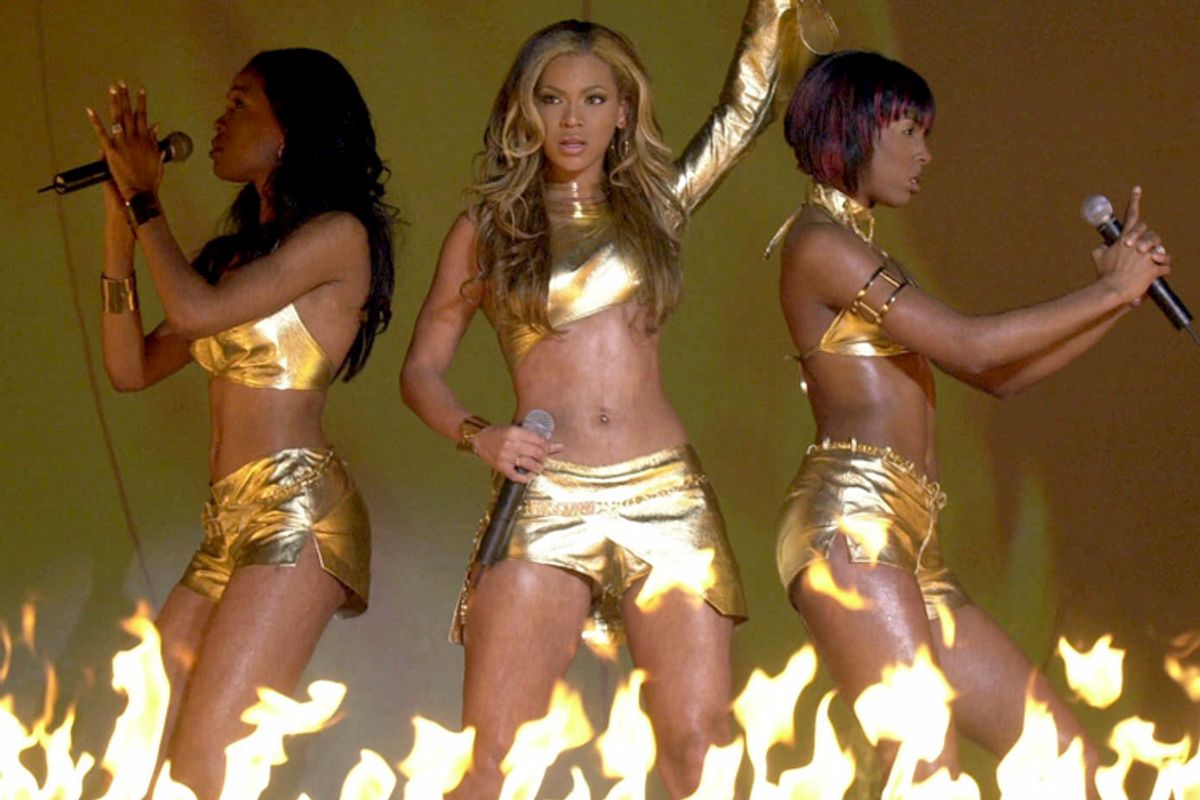 When I suggested doing a list of great a cappella performances, my editor expressed polite repulsion. That makes sense; "a cappella" for a lot of people means either reverent plainchant or glee clubs and fresh-faced college kids doing cheerily cheesy vocal renditions of "Bohemian Rhapsody" or "Boy from New York City." But there's more to group a cappella than just the spunky and the drab. So here's a list hopefully even my editor can love a little.

From 12th-century France, "Viderunt Omnes" stands at the triumphal beginning of the tradition of Western European four-part polyphony. In this amazing 1986 recording by the Hilliard Ensemble, the voices wrap and braid around one another with a crystalline, weightless discipline. If there's an angel choir up there, this would be what it sounds like. (The recording is in two parts on YouTube; second part is here.

The Country Gentlemen started out as a folk revival progressive bluegrass act, but they experienced numerous personnel changes and consequent identity shifts over the years. In 1978  they were led by mandolinist and tenor Doyle Lawson, whose commitment to bluegrass gospel led to perhaps their best album, the all-spiritual "Calling My Children Home." The title track is an arrangement of a traditional tune, all mournful mountain harmonies and breathing space.

Chilhowie Primitive Baptist Church, "O Sing to Me of Heaven"

A recording from a church congregation in Southwest Virginia. As is common in much Southern congregational singing, the lead singer performs a line and is followed by the congregation.

This performance (not embeddable) is a lovely contrast to the Chilhowie recording above. It's still line singing, with Brother Smith performing a phrase and the congregation repeating it. But you can hear the gospel and soul influences in the rhythm and ornamentation. YouTube has a number of other recordings from this shape-note convention, including this wonderful number with piano accompaniment.

If you combined atavistic doo-wop and opera, you might get something like this 1954 recording made by the famous folklorist Alan Lomax during his trip to Genoa. The performers are called trallaleri, and the music is part of an ancient polyphonic tradition. "La Partenza" is a traditional song in the repertoire and, according to the liner notes on "Italian Treasury: The Trallaleri of Genoa," "one of the most difficult, above all because of the great vocal range required of the tenore and the falsetto." The whole CD appears to be available for download; I'd highly recommend it.

The Nutmegs were a mid-1950s doo-wop group with a couple of moderate hits. In the early 1960s, though, the label Times Square released a number of their '50s demos as a cappella tracks, kicking off an unexpected boom in unaccompanied doo-wop. (Wikipedia's bio info is unusually sparse, but you can find the full story here.) Listening to "Hello, Hello," the first track here, it's easy to see why the Nutmegs caused such unexpected excitement; the low-fi setting ads a desperate edge to the perfect harmonies. It really does sound like they're singing at the other end of a telephone -- haunting, echoey and ominous.

A North Carolina gospel group from the 1930s, Mitchell's Christian Singers were a bridge between the restrained jubilee a cappella of the Golden Gate Quartet and the hard postwar gospel performers. They even sound oddly hybrid, their music a kind of clunky wailing surge, the lead voice rising out of and being pulled back into the muttering backing singers — topped off at the end by that one piercing tenor phrase, as if one of them, at least, has been led on and up.

Swan Silvertones, "Working on a Building"

Postwar gospel quartet is certainly one of the most glorious a cappella traditions. This 1947 recording is a great example of the genre. In some ways, the performance is, like that of Mitchell's Christian Singers above, a link between jubilee and hard gospel. But where the Christian Singers squish jubilee and gospel together, the Swan Silvertones keep them separate, starting with a sweet jubilee and Claude Jeter's tenor floating through the grim lyrics ("blood-stained banner for my Lord") and transitioning to the rough-voiced Solomon Womack testifying.

Destiny's Child, "Opera of the Bells"

Destiny's Child's Christmas album, "8 Days of Christmas," is an underappreciated classic, especially the jaw-dropping display of technical prowess that is "Opera of the Bells." Listening to it you can't help but think what a shame it is that Beyoncé's solo career means that she's largely abandoned group harmonies.

Emmylou Harris, Gillian Welch, Alison Krauss, "Nobody But the Baby"

As far as female a cappella vocal trios go, this is about as far from Destiny's Child's towering virtuoso performance as you could get. Harris, Welch and Krauss reprise their performance from "O Brother Where Art Thou," keeping the harmonies straightforward and intimate, as befits a lullaby.

This is the a cappella mix off Whodini's 1983 first single. "The invisible man," they sing. "Where could he be/we know he got inside the party free." You can hear the inhale/exhale as they spit out the goofy novelty, and the ragged edges where they're not quite in sync. If a cappella by the Hilliard Ensemble or the Country Gentlemen attains an almost unnerving perfection, Whodini here treats a cappella as bare bones punk rock, scruffy and charming.