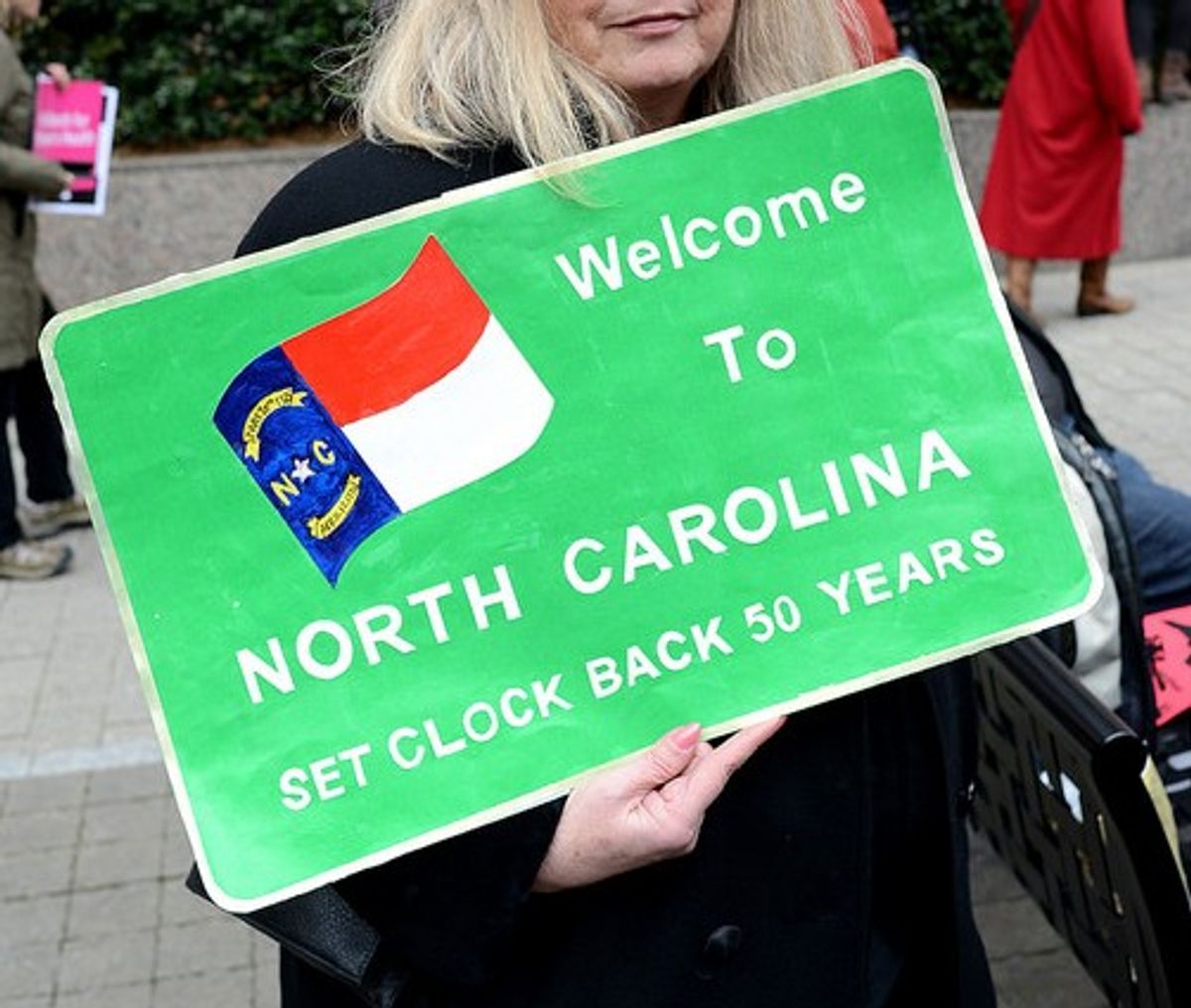 Organized by the HKonJ (Historic Thousands on Jones Street) coalition, the “Moral March on Raleigh" began at Raleigh's Shaw University and ended at the Capitol.

Since, 2013, activists have been gathering weekly on "Moral Mondays" to protest the measures and Gov. Pat McCrory's leadership. The Nation's Ari Berman, who attended the march on Saturday, reports on the state's restrictive measures:

Since taking over the legislature in 2010 and the governor’s mansion in 2012, controlling state government for the first time in over a century, North Carolina Republicans eliminated the earned-income tax credit for 900,000 North Carolinians; refused Medicaid coverage for 500,000; ended federal unemployment benefits for 170,000; cut pre-K for 30,000 kids while shifting $90 million from public education to voucher schools; slashed taxes for the top 5 percent while raising taxes on the bottom 95 percent; axed public financing of judicial races; prohibited death row inmates from challenging racially discriminatory verdicts; passed one of the country’s most draconian anti-choice laws; and enacted the country’s worst voter suppression law, which mandates strict voter ID, cuts early voting and eliminates same-day registration, among other things.

The rally "was the largest civil rights rally in the South since tens of thousands of voting rights activists marched from Selma to Montgomery in support of the Voting Rights Act," Berman wrote.