Where are the realistic TV moms? 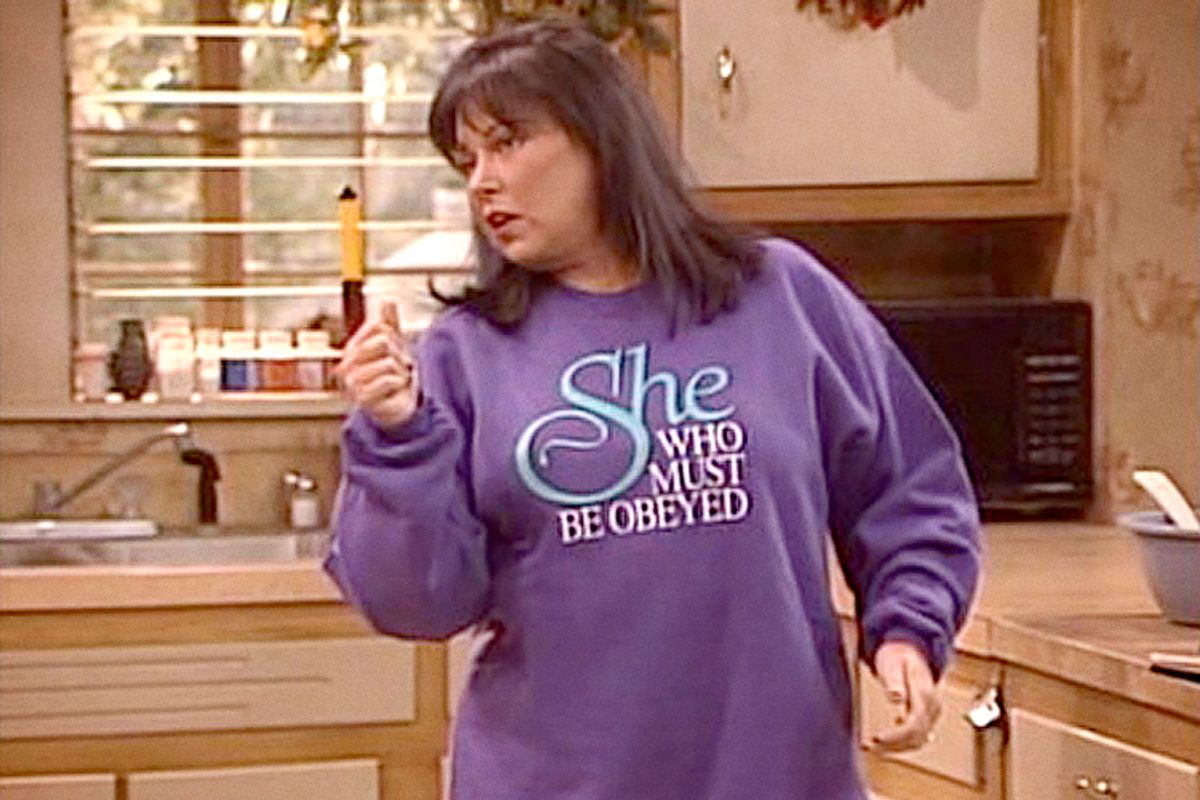 At a time when parents are overworked, overburdened, stretched, frustrated, and when countless studies continue to batter us about unhappy parents — it comes as a great surprise that there aren’t more depictions of parents, namely mothers, struggling with the act of parenting on television.

Sure there are a few exceptions — moments of realistic parenting. There’s Claire Dunphy, played by Julie Bowen on "Modern Family," the anxiety-ridden and “undervalued” stay-at-home mom who becomes more undervalued when she transitions into work, as a friend put it. A few friends swear by Kristina Braverman (Monica Potter) from "Parenthood" because, according to friend and writer Miriam Novogrodsky, “she has a recognized vulnerability.” But as my friend Nancy told me, “I love 'Parenthood,' but the parenting situations — all the situations — are too neatly wrapped up. ‘I have cancer.’ Done! ‘I ran for mayor, but I didn’t get elected which is fine because now I can be home with my kids which is really my calling.’ Done!”

Yet, then in the face of all new the-kids-are-driving-us-crazy studies, why are most of the realistic parenting examples found in moms of TV past? (And by realistic I don’t mean everyone’s favorite, Clair Huxtable. Though undoubtedly the best TV mom, she was too calm, too gorgeous, too successful, set up too many healthy boundaries and clearly was not on medication.) Veronica Arreola of the blog Viva La Feminista cited Elyse Keaton (Meredith Baxter) from "Family Ties," specifically the episodes when she returned to work. And Lisa Duggan, founder of The Modern Village, mentioned Jamie Buchman’s "Mad About You" breakthrough moment “where she is realizing the enormous responsibility of being a mom when she says, ‘I know because I'm the mommy ... oh my God! I'm the mommy! I'm the mommy!’”

My 21-year-old cousin Emma — not a mom at all — pointed to Edie Falco’s portrayal of Carmela Soprano because of her realistic relationship with her kids. “They would get mad at her a lot easier than Tony, even though she was always trying to help them. And I feel like blaming the mom is kind of common … at least in my family.”

I’m going to take it back even further and say Esther Rolle’s portrayal of Florida Evans on "Good Times" was one of the best TV representations of motherhood. (Although Rolle left "Good Times" because she felt the series pandered to stereotypes.) According to University of Michigan professor Kimberly Springer, criticism from the group Black Women Organized for Action led to Florida's evolution from a somewhat cookie-cutter stay-at-home mom character to one whose pain mirrored the pain of many 1970s mothers. In “Florida Flips,” Florida is besieged by demands to make the oatmeal, do the laundry, make the bed, referee fighting kids and argue with her husband about the “state of her happiness” -- she ultimately slaps her son Michael in a fit of frustration.  Her friend Willona does what any enlightened woman of the '70s would do: she drags Florida to a feminist meeting. By Season 3, Florida evolves into a working mother, voicing outrage about how women of that generation (and ours) must “do all the chores and be mother, housewife, diplomat, seamstress, referee, counselor, cook, and sparring partner with no pay and no fringe benefits.” This was over 30 years ago, folks.

But the only parent currently on television capturing the real work of being a parent like some of the characters I mentioned isn’t a mom at all. It’s a dad — Louis C.K. Writes Sheila Bapat on Feministing:

Louis C.K.’s comedy consistently and thoroughly tackles the challenges of parenting. He deconstructs it in a way that makes the frustrations of being a parent hilariously funny and profound. By picking on his kids — who, based on what paparazzi have shown us, he does seem to spend a lot of time with in his real life — Louis C.K.’s comedy reveals parenting as work, which is exactly what it is.

To Louis C.K.'s credit, he's been calling his (TV and real) kids assholes for years. But the Season 2 opener of "Louie" captured the spirit of Jennifer Senior's recent book on the difficulties of parenting, "All Joy and No Fun." In that episode, Louie's daughter announced, “I like Mommy’s [house] better because she has good food. And I love her more so I like being there more.” His response: He gave the kid the finger. This isn’t to say that I subscribe to giving your kid the finger — unless it’s behind a wall — but in this small gesture, he demonstrates parents' desire to name their kids’ shitty behavior. It’s why the book "Go the Fuck to Sleep" sold 5 bazillion copies. It’s why “Super Nanny” was a hit show. It’s because parenting is a confounding mystery. A paradox. And for every kid who gives lip (as my father used to say), there’s a parent who wants to wave his middle finger high in the air like a flag of glory.

But no history of TV parents illustrating the real grunt work of parenting would be complete without Roseanne. Not only did Roseanne crush the idea of the perfect TV mom — in one episode, historic TV moms including June Cleaver from “Leave It to Beaver” criticized her parenting — but she exposed the challenges of parent-child relationships. In my favorite episode, “Darlene Fades to Black,” Roseanne’s teenage daughter Darlene (Sara Gilbert) sinks into a depression, dresses in black and ditches basketball (her favorite sport) for a spot on the couch. Roseanne’s husband, Dan (John Goodman), unfairly calls out Roseanne for not having the answers. “Darlene’s turning into a zombie and you’re doing nothing!” he screams. When Roseanne and Darlene finally speak, it looks like this:

Roseanne: At least when you had basketball ...

Darlene: Again with basketball.  [Darlene gets up.]

Roseanne: Get back here, I'm not telling you to play basketball, I think it's the stupidest sport in the world and I spent all four years of high school pretending I had cramps so I didn't have to play.

In the end, Darlene explains to Roseanne, “It’s school. It’s my friends. It’s the way I look. It’s you. It’s Dad. It’s everything.” I can see how I might have related to this at the time; when it first aired, I was just out of high school. But revisiting it now, it’s not the my-world-as-a-teenager-sucks speech that’s most relevant — it’s Roseanne’s reaction. She didn’t try to explain it away as feelings. Instead, Roseanne left her daughter alone.

It was a poignant moment in sitcom history, particularly for a TV mom, known for their just-what-the-doctor ordered solutions, or their uncanny ability to trade wisecracks. In the last scene of the episode, the camera focuses on Darlene, sprawled on the sofa, staring wide-eyed at the television and clothed in black like Johnny Cash. Dan holds a mirror under her nose to make sure she’s breathing — but there was no “You have learned well, Grasshopper” moment. It was unresolved — much like real life. Today's world of TV parents, heavy with melodrama and sentimentality, could use more scenes like this one.