The death of culture: Brought to you by Amazon?

The New Yorker argues that Jeff Bezos is delivering publishing's doom. But shouldn't we really blame the consumer? 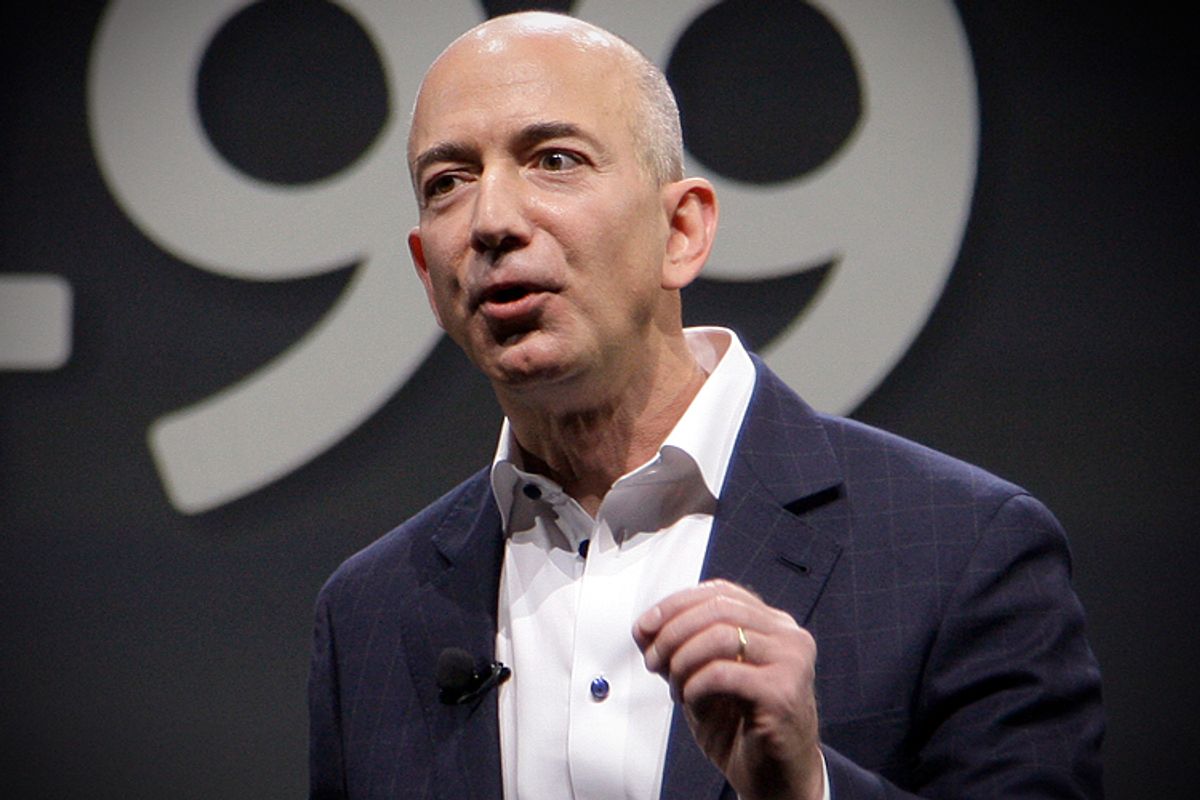 In this week's New Yorker, George Packer employs 12,000 words to answer a huge leading question in the headline: "Amazon is good for customers. But is it good for books?"

The answer, as just about anyone will guess without even reading the argument to follow, is no. Amazon's relentless, Wal-Mart-like price pressure on publishers, its monopolization of both the means of production and the distribution mechanism, and its ongoing annihilation of the very concept of a "printed" book are all combining, argues Packer, to hollow out the traditional publishing industry. This will ultimately, concludes Packer, be to the detriment of the culture at large, as there will be no economic model capable of supporting the kind of serious fiction and nonfiction that takes years to gestate, research and craft.

Several editors, agents, and authors told me that the money for serious fiction and nonfiction has eroded dramatically in recent years; advances on mid-list titles -- books that are expected to sell modestly but whose quality gives them a strong chance of enduring -- have declined by a quarter ... Without sufficient advances, many writers will not be able to undertake long, difficult, risky projects ...

These trends point toward what the literary agent called “the rich getting richer, the poor getting poorer.” A few brand names at the top, a mass of unwashed titles down below, the middle hollowed out: the book business in the age of Amazon mirrors the widening inequality of the broader economy.

There are echoes here of an argument about technology and culture -- the death of meaningful cultural production at the hands of Silicon Valley -- that has been raging since the first pirated MP3 was downloaded off the Internet. It's an argument that breaks down in some areas -- TV is clearly producing more high-quality content than it was 20 years ago, to pick just one example -- but could not be more obvious in others, such as newspapers. Let's suppose, for the sake of argument, that the thesis is correct with respect to books. We might not see the full impact of the withering away of the mid-list for another decade, but there is no doubt that plenty of people are ringing the alarm bell now.

The New York publishing industry points the finger at Amazon. Amazon, in turn, cites (blames?) the imperative of serving the consumer; and there's no doubt, consumers have never been better off in terms of quick, cheap and easy access to books than they are right now. The fact that sitting at my computer -- or just staring at my phone -- I can instantly download any title out of millions of books is a stunning boon. And if Amazon and Jeff Bezos hadn't already provided it, someone else would!  Maybe Jeff Bezos executes his business plan better than all of his competitors, but what's been happening to culture is a consequence of the digitization of content. If you can copy it digitally, you can distribute it more cheaply than it costs to produce it.

An almost throwaway line in Packer's piece --"None of Amazon’s U.S. workers belong to unions, because the consumer would suffer" -- emphasizes the same point. The consumer is driving the bus. Low prices and convenience have been pushing forward the evolution of technocapitalism for many decades (and maybe all the way back to the beginning of the Industrial Revolution). And while we know that consumers want low prices and easy access, we do not necessarily know that they want a lot of serious literary fiction, or biographies that require five years of research, or hard-hitting investigations of how Wall Street and Silicon Valley have broken the back of organized labor. The democratization of distribution has perversely inverted that classic Rolling Stones maxim: In the Amazonian future, the people get what they want, but not, maybe, what they need.

It's an explicitly elitist argument. Without gatekeepers, there won't be good, or important, books. The implication is that there just aren't enough consumers who want good books for there to be an economic incentive to continuing producing them.

How long does this maxim hold? In an era of growing economic inequality, shouldn't that create a market for investigations of how the economy is screwed? Don't consumers want great novels and great biographies, along with their thrillers and mysteries and sci-fi adventure and romances? If the Packer thesis about serious publishing is correct, eventually we will be facing a scarcity of quality fiction and nonfiction. Won't that change the economic calculus, and make it possible for some enterprising publishing house or author to make a go of it? Isn't dealing with scarcity what markets do best?

It is almost a cliché to note that there is more competition for our eyeballs and attention than ever before. Some point to this fact to explain why there is now so much quality drama on television. You can't just throw the same old crap out there and expect viewers to watch it when they have so many other alternatives. Why won't that same dynamic assert itself in every cultural sphere?

And if it doesn't happen, is that really Jeff Bezos' fault. Or should we pointing the finger of blame at ourselves?