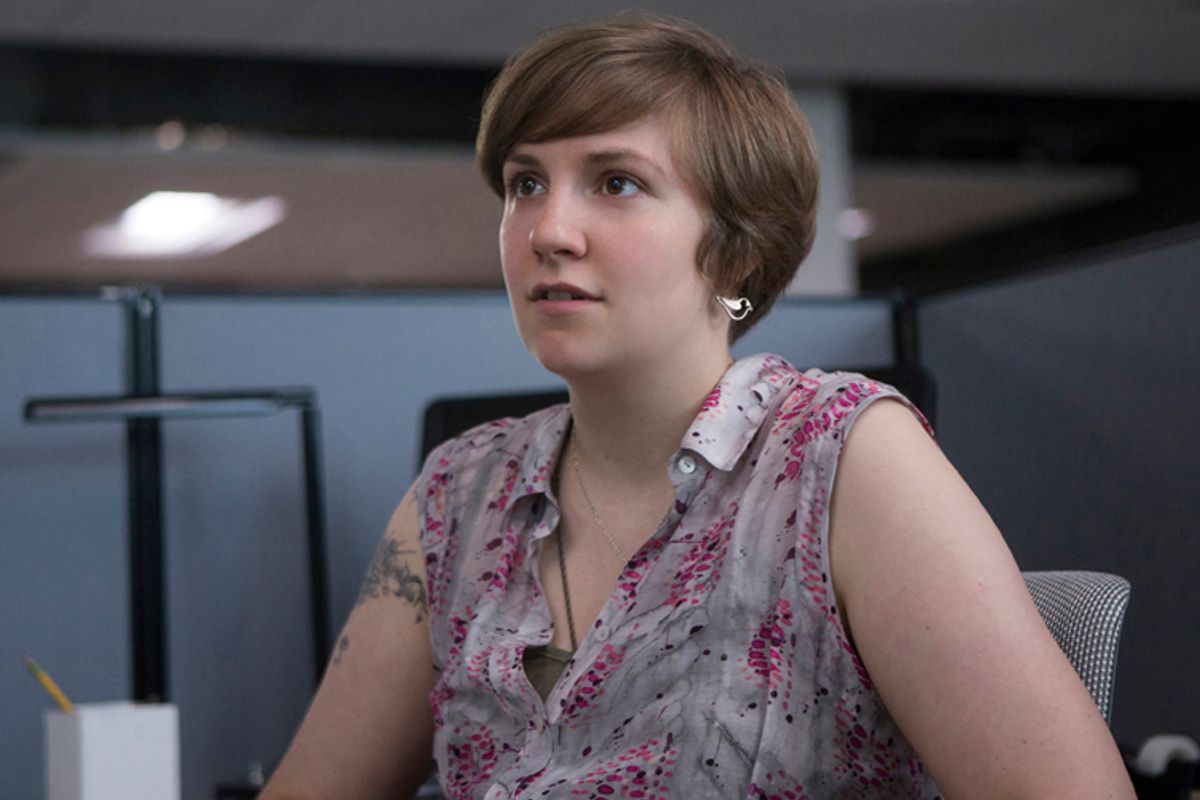 On tonight's episode of "Girls," Hannah Horvath moved from debating the ethics of Gawker Media properties to working within Condé Nast. And it was the show's best media criticism yet.

Hannah has taken a gig at GQ, where she's explicitly told not to answer the phone giving the name of the outlet; she's writing sponsored content for Neiman Marcus, those glossy pages in the magazine that look sort of like -- well, Ray explains it best in the episode's first moments. "It looks like a real article," he says, "so they trick you into reading it, but then you find out it's a paid advertisement, which is both morally and creatively bankrupt."

It seems much the same as Adam's anti-Gawker rant earlier in the season -- a man hectoring a naif for not sharing his point of view about the idiocy of the media world. And Ray is sort of right: Hannah would never have been hired to be a staff writer at GQ. All the perks of her job -- from paycheck to snack room -- stand in for respect in precisely the manner she craves.

But Ray's sort of wrong, too, about just how bankrupt the enterprise is -- the twist is that all of Hannah's colleagues working on the advertorial side are ambitious writers, who've been published in, say, n+1 and The New Yorker. Hannah undergoes a period of self-doubt as she wonders whether or not working full-time in a less-than-artistic environment will preclude her from doing the work she wants to do.

This is, rather notoriously, not a problem Lena Dunham herself has confronted in quite the same way in her real life. Though criticisms on these grounds have largely died down, it's true that her path to success as a writer was smoother than Hannah's because she didn't have to consider financial realities to the same degree.

This episode's sharp satire of "selling out" -- giving up the particulars of one's artistic ambition when presented with security -- represents perhaps the most meaningful divergence between Dunham and Horvath so far, and an interesting working-through of the problems writers of all sorts face in 2014. For someone with so lofty a perch atop the media pyramid, Dunham has really done her research about what's going on in the rank and file.