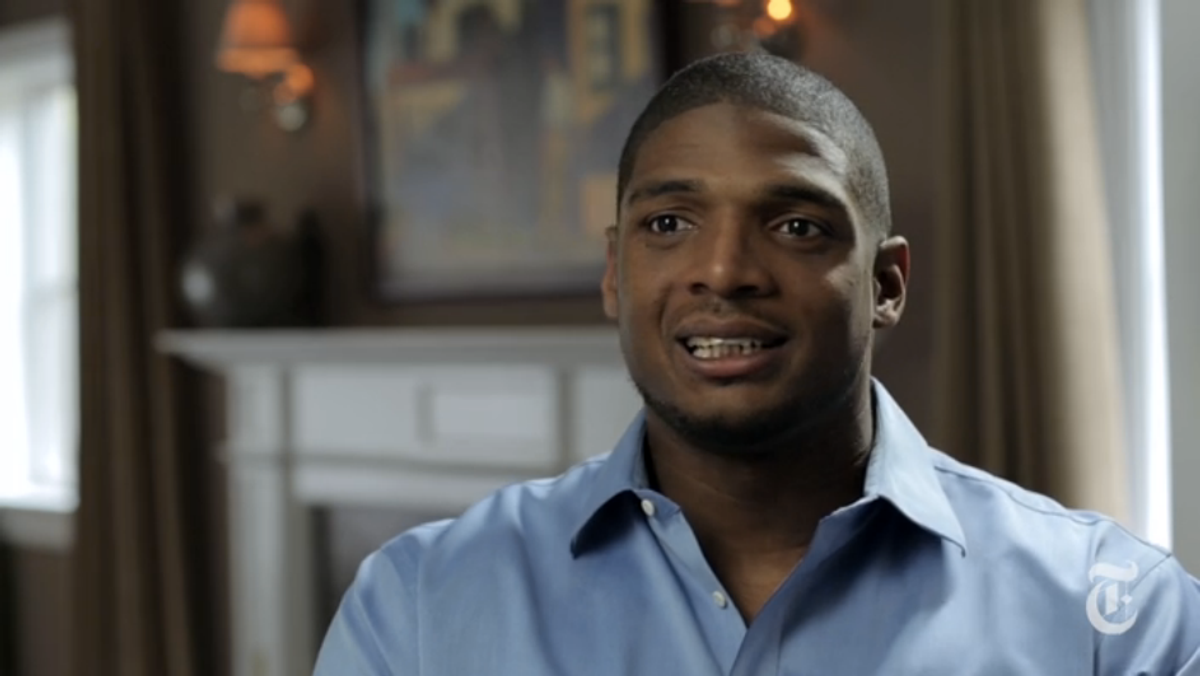 Michael Sam, a defensive end for the University of Missouri, the 2013 SEC Defensive Player of the Year and a top prospect for the May NFL draft, announced he is gay in a Sunday interview with the New York Times.

If Sam is drafted, he will be the first openly gay player in the NFL, a league plagued by a culture of homophobia and hypermasculinity. In an interview with the Times, he acknowledged the historic nature of his announcement, but framed it mostly in personal terms. "I'm coming out because I want to own my truth," he said. “I’m not naive. I know this is a huge deal and I know how important this is. But my role as of right now is to train for the combine and play in the NFL."

Sam came out to his Missouri teammates last year, and said he was embraced by his teammates; he's optimistic the same will be true if he's drafted.

"I may be the first, but I won't be the last," he went on to explain. "I think only good things are going to come from this."