Over 3,000 birds were rescued from the illegal gambling ring 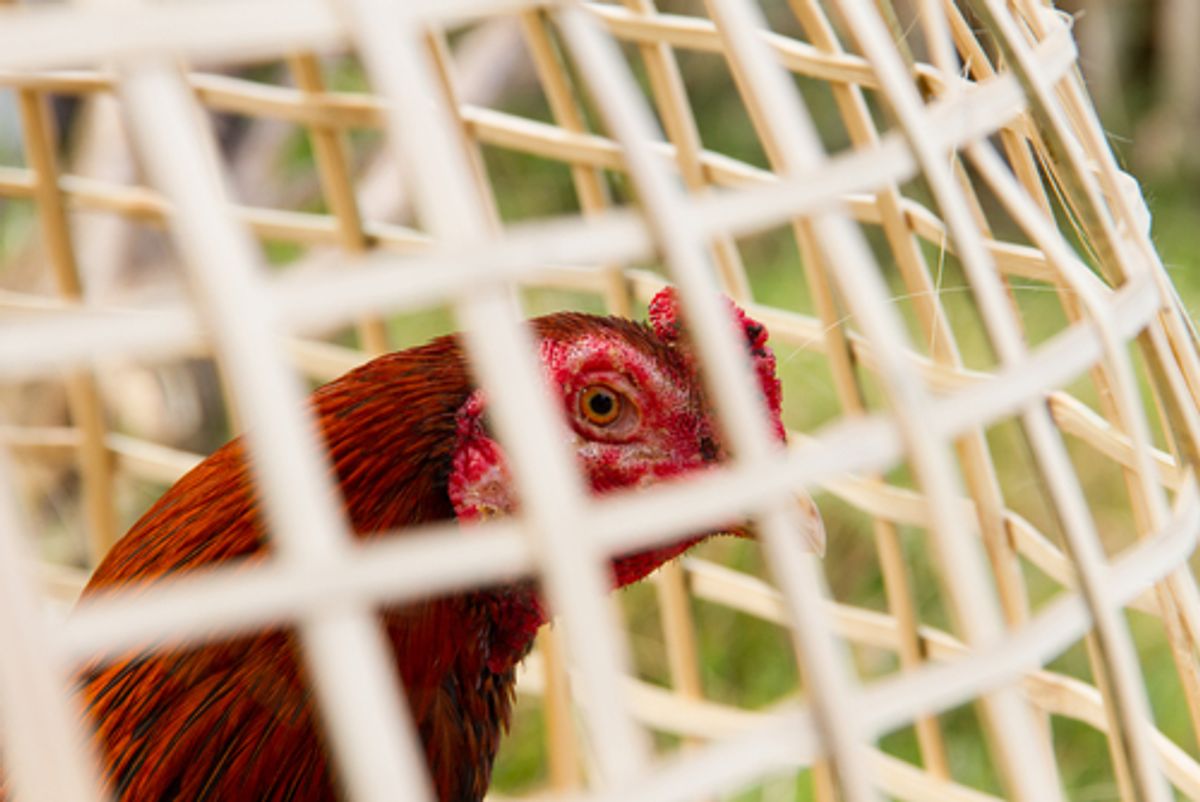 Investigators late Saturday night raided what the New York Times, in an epic horror-show of a lede, describes as "a bloody late-night cockfight in the squalid basement of a vacant Queens storefront where birds waiting for later rounds were kept in sacks hanging from the walls." The cops called it "Operation Angry Birds," and the Times has more details on how it went down:

The raid, conducted on Saturday and led by investigators from the New York State attorney general’s office, smashed a cockfighting ring that held brutal fight nights in the basement twice a month, witnesses and officials said. Investigators also arrested a Brooklyn pet shop owner who they said had taken birds to the fights in Woodhaven, Queens, near the Brooklyn border. Then on Sunday, investigators stormed a farm in Plattekill, N.Y., about 150 miles northwest of New York City in upstate Ulster County, where they said birds had been raised and trained. They said they found more than 3,000 birds in cages there.

In all three places, investigators said, they found birds that had been altered to inflict maximum damage in the ring. Court documents said that in the basement in Queens, 65 roosters were found with their natural spurs clipped off and with sharper metal spurs attached to their bodies. In all, eight of those arrested were charged with felonies.

"If you have a soul, if you have a conscience, you know very quickly that this is a vile, vile betrayal of what’s right," said Matthew E. Bershadker, president of the American Society for the Prevention of Cruelty to Animals, which set up a temporary shelter for the birds. "These animals suffer horrifically.”

Kudos to the investigators who broke up this brutal excuse for entertainment. And serious props for the name, guys.