The "Philomena" ad campaign is a depressing low for Harvey Weinstein 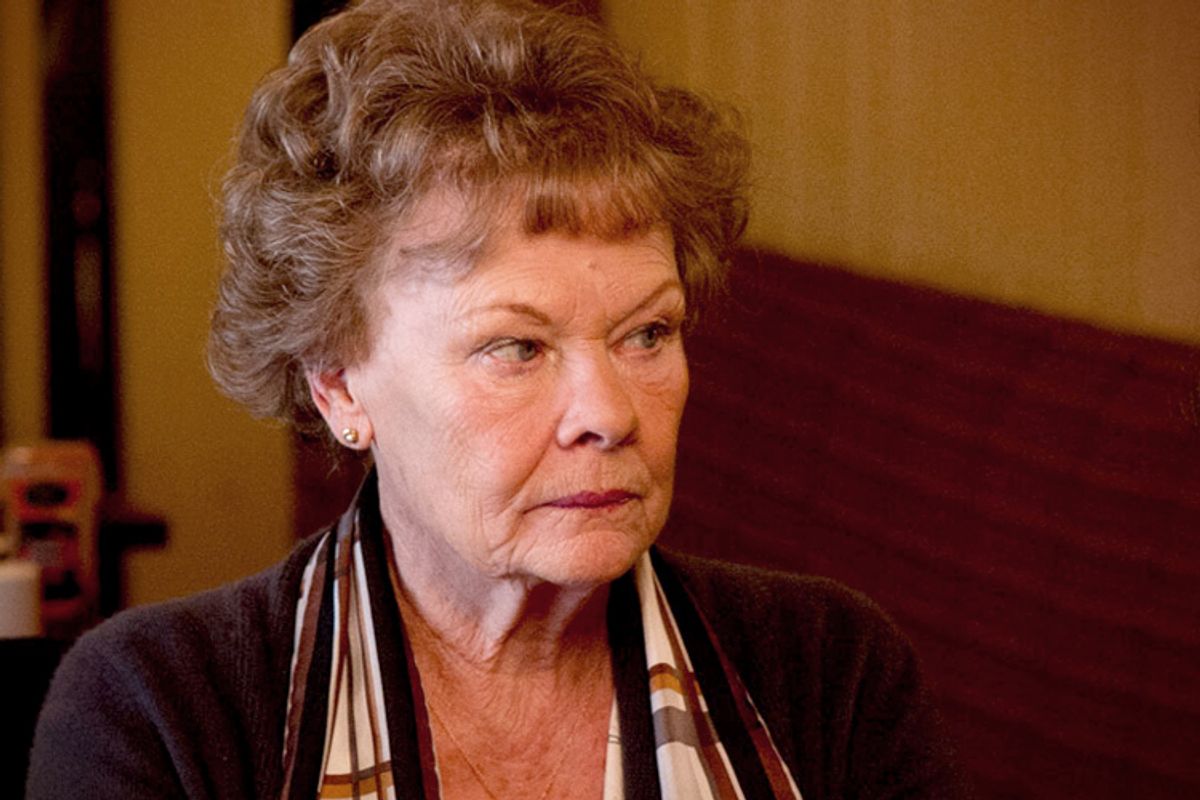 He could well have a banner year again in the future, but this Oscar season, the executive and award magnet Harvey Weinstein looks a little against-the-ropes. Though the star and producer of one of his big hopes (Julia Roberts and George Clooney of "August: Osage County") and two stars of another (Idris Elba and Naomie Harris of "Mandela: Long Walk to Freedom") appear on the much-obsessed-over Vanity Fair Hollywood Issue cover, both of those films underperformed relative to early expectations on nomination day. The domestic drama received two Oscar nominations, neither of which it seems likely to win; the timely Nelson Mandela biopic scooped up only a best original song nomination.

But there's one more iron in the fire: "Philomena," the widely liked Judi Dench vehicle that got a best picture nomination. And this weekend, the Weinstein Co. took advantage of the long post-Golden Globes doldrums to aggressively pitch the movie in the pages of the New York Times.

There it was in the A-section (an unusual place for movie ads) -- a big picture of Judi Dench's smiling face, with quotes from Time's Mary Corliss ("Reserve an Oscar for her") and the New York Observer's Rex Reed ("It is unbelievable that the miraculous Judi Dench has never won a best actress Oscar." That same Reed quote showed up in the arts and leisure section ad, along with a quote from the Hollywood Reporter's Scott Feinberg (a reporter on awards odds, not a critic) reading "Could 'Philomena' be the spoiler in this year's Oscar race? Don't rule it out." Those looking for Olympics coverage in the sports section couldn't escape "Philomena," with a big ad touting the film's best adapted screenplay nomination, with quotes on how good the script is from Reed, Corliss and Empire's Damon Wise.

Three ads in a single issue of the New York Times certainly is an aggressive ad buy. But what's most astounding about these ads is the naked ambition they portray, unusual for an Oscar campaign. In the arts and leisure section, the ad for "Philomena" sits next to an ad touting Leonardo DiCaprio's greatness in "The Wolf of Wall Street." But while the "Wolf" ad features a list of the honors DiCaprio has won, it also exhorts regular old moviegoers to see the movie, with a list of showtimes; the "Philomena" ad just provides a list of movie chains that will allow awards voters to see "Philomena" for free. Other ads in the section, like the one touting Bruce Dern's long career and performance in "Nebraska," are more subtle about the degree to which they're touting a performer. They are not saying the noteworthy aspect of the film is that it may win an Oscar, or that a performer simply must win an Oscar. They're asking the hypothetical awards voter paging through the Times on a lazy Sunday to consider, not grabbing her by the lapels.

This is the manner of things with the Weinstein Co., which previously in the season aired ads congratulating "August: Osage County" on "winning" Golden Globe nominations. (It was true in a legal sense, but the more common usage of "win" at awards shows requires, you know, a victory over one's fellow nominees, which "August" did not do.) "Philomena" faces a credibility gap -- in the tightest best picture race in years, voters with any preference among the three front-running films ("American Hustle," "Gravity" and "12 Years a Slave") will likely vote for one of those three. The "Philomena" campaign seeks to convince voters that voting for "Philomena" is not throwing a vote away by recursively reiterating that the film has a shot, but is not actually making any claim to its virtues. It ought to win an Oscar because its chances of winning are better than you think.

The best picture race seems a bit further from Weinstein's grasp than does best actress, whose front-runner has for months been the lead actress in a Woody Allen film. In the Sunday review section, Allen's sad, strange self-defense runs along with a Frank Bruni column noting that screenwriter Steve Coogan and the real Philomena met with the pope.

These three occurrences -- the Allen column, Bruni taking approving note of Philomena Lee's visit to the Vatican, the advertisements -- seem almost certainly disconnected. But they are all elements of an Oscar season during which the Weinstein Co. has used its long-standing tactic of portraying its films as bearing great social import (as last year, when Bradley Cooper briefly became a mental-health advocate while promoting "Silver Linings Playbook") and of strong-arming voters to vote for reasons of inevitability. It may well work in one category: Past commentary on Cate Blanchett's eroding prospects for best actress have put forward Amy Adams as the likely beneficiary, if Blanchett were to lose the prize. But an ad campaign focused not on the idea that Dench has a better chance than you think, and is an actress we all love playing a real-life figure who met the pope, may well convince, even though it has nothing to do with the merits of "Philomena."