The Russian skating star dressed as the "girl in the red coat." Talk about kitsch 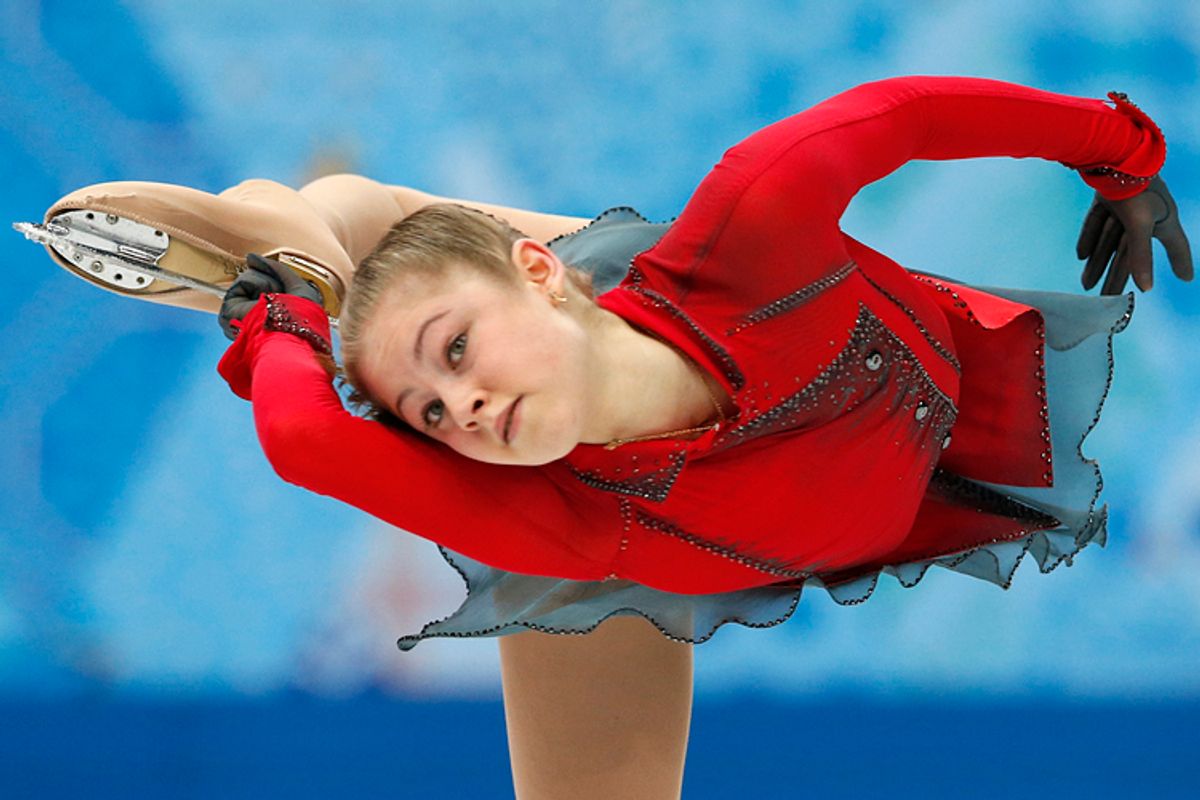 The 15-year-old Russian skater Yulia Lipnitskaya already has won a gold medal at the Olympics as part of the team figure skating competition. But her marquee performance, with its nods to "Schindler's List," raises questions of taste and respect.

Whatever one thinks of the film, this is kitsch of the highest order. "Schindler's List" is, like many of Spielberg's movies, emotionally manipulative in the manner it uses music and symbolism to evoke a reaction. But it also does the work of depicting horrors in context, and the emotions it evokes are about something. Lipnitskaya's routine, technically accomplished though it is, refers to the most memorable aspects of a popular movie about the Holocaust to make no statement other than "It would be nice if you cried at this reference to an existing work of art."

In his novel "The Unbearable Lightness of Being," Milan Kundera defined "kitsch" this way:

"Kitsch causes two tears to flow in quick succession. The first tear says: How nice to see children running on the grass!

The second tear says: How nice to be moved, together with all mankind, by children running on the grass!

It is the second tear that makes kitsch kitsch."

The Lipnitskaya routine follows this definition. It is beautiful to watch the young Lipnitskaya skate, and it is cathartic to refer to "Schindler's List," a universally understood signifier for the Holocaust. How nice to be moved, together with all mankind, at a girl skating while dressed as a fictitious Holocaust victim! (How much easier, too, to surface a memory of the Holocaust and feel sad but also happy for Lipnitskaya, than to contemplate man's capacity for evil.) It's a low-calorie emotional trigger, relying on the surface level of someone else's complicated and difficult art to trigger the viewer into an emotional response.

Lipnitskaya is quite young even by the standards of figure skating, and an athlete who relies on coaches and teammates; one hardly imagines that she designed the whole routine because of her abiding love of "Schindler's List." But whoever planned this did Lipnitskaya a disservice. The skater is talented enough to not need to rely on the music and signifiers memorably used on an episode of "Dance Moms." She can move the public without resorting to emotional manipulation. Figure skating is a sport of intangibles -- judges make champions according to a scoring system that's opaque to viewers at home. But whether it affected her points total or not, Lipnitskaya introducing the memories of another little girl's tragic fate is unsporting, even in a sport so focused on image and narrative. It weights the scale in her favor unduly. Who wants to be the one to root against the Girl in the Red Coat? But some things are better dealt with in fully thought-through contexts or not at all in order to avoid the appearance of glibness or easy manipulation.