Some feel their children are their greatest achievement. For a long time I thought mine was not having any 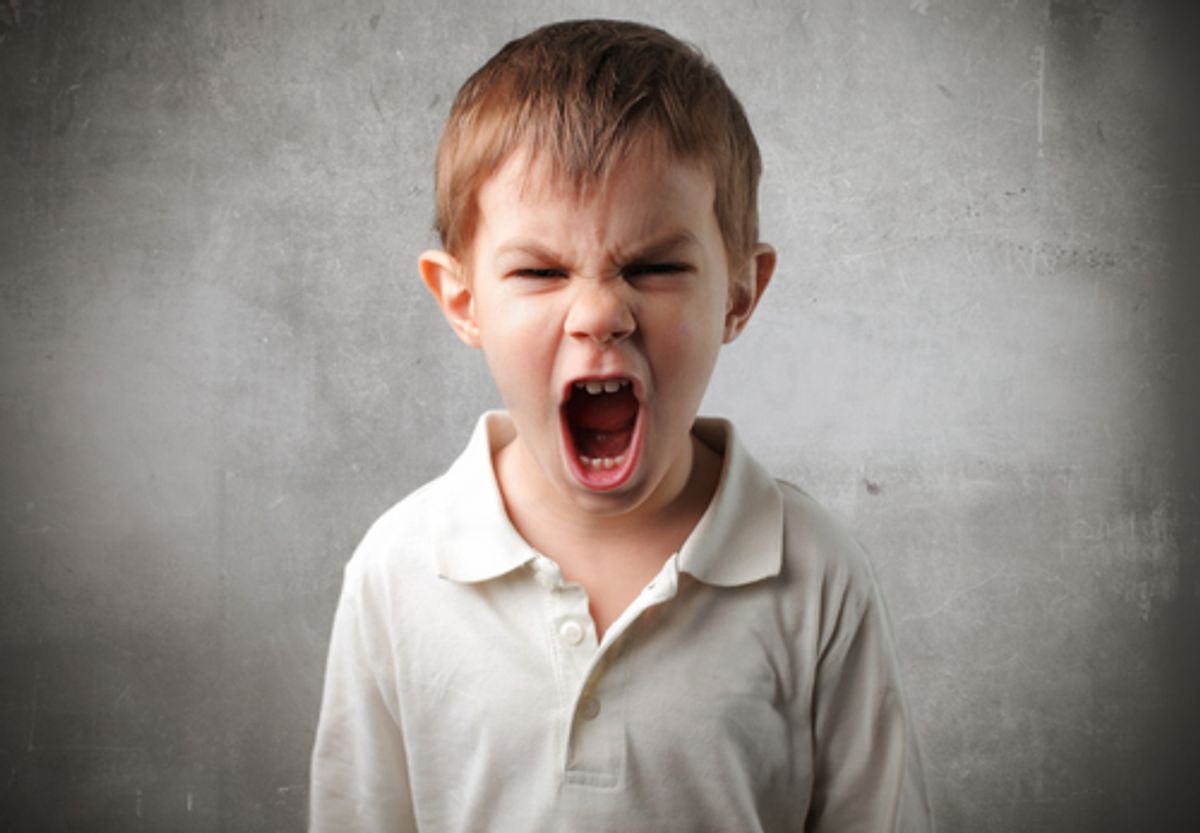 That’s such a good question. It lets you dwell for a moment on the things you’ve got in the plus column of your life rather than the minus, which is where the weary adult mind spends so much of its time. Everyone has achieved something and what you consider your best work, your own personal Bohemian Rhapsody, could be anything: making fortunes, making friends, and of course, making babies.

Some people feel their kids are their greatest achievement. For a long time I thought mine was not having any.

Avoiding parenthood does feel like a triumph when you have social pressure, religion and a biological clock all pushing you in the direction of Buy Buy Baby, to say nothing of babies themselves. Even as I write this, the World’s Cutest 18-Month Old is wheeled through Starbucks and the cool reserve of everyone in the room, myself included, dissolves like frigid vanilla ice cream under the relentless advance of hot fudge. Who can resist that level of precious?

Lauren Sandler, writing in Time in 2013, says that “the birth rate in the U.S. is the lowest in recorded American history,” that the rate of women who remain childless has doubled since the '70s, from 10% to 20%, and that “women who choose not to become mothers are finding new paths of acceptance. As their ranks rise, so do positive attitudes about leading a life in which having it all doesn’t mean having a baby.”

There are naysayers, of course, but it’s a fact that you will find people who will argue with you if you tell them that the sky is blue.

Since I’m at peace with the idea, and the world seems no longer interested, writing a story about why I’m relieved my life path didn’t detour at the maternity ward might seem unnecessary. Whether you’re in the loft or the pulpit, preaching to the choir can get awfully tedious.

Recently, though, when some friends started talking baby talk again, it shook me up a bit. Of course, I’ll support whatever my friends do, but it made me feel odd, a little too much like Hiroo Onoda, the Japanese soldier who stayed in the jungle for 30 years after WWII ended while everyone else got on with their lives. If I, who have been famously steadfast on this point could feel wobbly, maybe other people who are subject to pressures I’ve been largely immune to—parents, partners, culture and religion—could use a little validation, a little assurance. Here then are the nine reasons I’m relieved I never had kids and it’s perfectly fine if you don’t want to either.

1. My mask has never felt secure.When you fly, you’re given safety instructions about how to use the oxygen mask that will drop down in front of you in the event of a crash. They always tell you to secure your mask before trying to help someone else. What they’re diplomatically trying to say is that if you’re a wreck you’re not going to be much help in a wreck.

This is the most choice metaphor imaginable for why I’m relieved I stuck to my decision not to have kids. My mask has never felt secure. In fact, I’ve been holding it together with gum I found in the seat pocket for a long time now, plus I think there’s lint in my air hose and I’m worried that the bag isn’t inflating. They said that might happen, but I find it troubling. Come to think of it, why hasn’t the safety lecture on planes changed in all these years? How old is this equipment? Dammit, my mask just rolled under my seat. How relieved are you now that I’m not shepherding any children along? Not half as relieved as I am.

2. The buck stops here.The above passage should make it clear that I’m as neurotic as three George Costanzas. Sarah Silverman once talked about not wanting to have children due to her depression, saying, “I don’t think I’m strong enough to see that in a child.” I feel similar about my anxiety, for which I’ve had therapy and taken meds. Whether it comes from my genes or experience I wouldn’t want to pass it on any more than I would the flu.

3. But there is one thing you’ll never hear me complain about.You know all the discomfort and pain pregnant women experience? I can’t say I feel I missed out on all that.

4. There’s no one path to fulfillment.In excerpts from Committed: A Skeptic Makes Peace with Marriage, author Elizabeth Gilbert talks about the fact that in any given society at any given time there are about 10% of women who never have kids. This group often acts as crucial support for exhausted or absent mothers. She calls it the "Auntie Brigade,” women who contributed to raising the likes of John Lennon, Frank Lloyd Wright and the Bronte sisters.

But raising your kids or someone else’s isn’t crucial to fulfillment.

“Women without children are perfectly capable of being happy,” Gilbert writes. “ What they’re often missing isn’t kids, but a society and a culture that values and respects them.”

This is as true a thing as I’ve ever read on the subject. Fulfillment, after all, is a feeling of a job well done, a sense of peace at having met a goal. What if your goal was not to have kids? Then congratulations if you stuck to your guns.

5. Maternal instinct toward other adults.Helen Mirren has famously said she has no maternal instinct, though she didn’t rule out the idea of having children. Her take and the topic of childless women in general is nicely covered in this Telegraph piece by Sarah Rainey.

When it comes to actual kids, I don’t have any maternal instinct either. It’s like my ovaries are tone-deaf. I’ve known my whole life motherhood wasn’t for me. At the moment I don’t even have any pets. I only have plants because someone keeps bringing them over.

I do, however, excel at being a free therapist/sounding board/pep club/second mom when my adult friends need it and am glad to be useful in that way. Some of the best mentors I’ve ever had were people without kids who were exceptionally gifted at guiding their colleagues.

Work is where a lot of people find their fulfillment, myself included. Writing is something you can do well into your doddering years and possibly improve at with age and experience. I’m relieved I’ve been able to do things I’m good at and didn’t try to be something I wasn’t.

6. I’m not afraid to be alone.Let’s talk about those doddering years for a minute. People often assail the childless with comments like, “Who will take care of you when you’re old?”

“You were born to change my Depends,” isn’t a testimony to maternal warmth. It’s a horror movie. There’s nothing to say this hypothetical kid of mine wouldn’t be an utter flop as a caregiver, taxpayer and human being. Having children guarantees nothing. You can write all the scripts for people that you want; it doesn’t mean they’re going to take direction.

7. There are no guarantees.I don’t think anyone goes into any great endeavor, whether love, work or parenthood, thinking, “Wow, I am really going to screw this up!” We begin with high hopes, good intentions and great expectations. But things change and for many of us our financial expectations have changed in ways we never imagined.

The Time story says that a child born in 2011 will cost $234,900 to raise and that’s only for 18 years—we all know parenthood goes on longer than that. In the fleeting times I did think of having children, financial solvency was my biggest prerequisite and for a long time I did quite well with it. My credit was once more sterling than Lady Grantham’s tea service. It never ever…ever… occurred to me that I’d have money troubles and credit issues so bad that if I married Oprah today she wouldn’t qualify for a boat loan tomorrow. I admire people who can take care of kids in tough times, but I’m relieved I was the only one I had to take care of when the financial hurricanes made landfall.

Speaking of Oprah, people often point to celebrities who don’t have kids as models of how fulfilled and successful a childfree life can be. That’s not a bad thing, but I worry that it reinforces a perceived elitism on the part of childfree people that I don’t think is true. Childfree people aren’t the self-absorbed, navel-gazing, jetsetters we are often cast as. We didn’t opt out of parenthood because we thought we’d be writing the Great American Novel on camel-back while crossing the Riviera and wouldn’t have time to go to the school play. When invitations are issued, most of us delighted to attend the school plays, graduations, and god help us, Chuck E. Cheese birthday parties of our friends’ kids. Just because we don’t want our own kids doesn’t mean we’re not happy for you when you have yours.

True, Scrooge was childless. So was Santa.

8. It’s okay to doubt.Wondering whether you’ve made the right decision about having kids isn’t a bad thing; it’s a human thing. In fact scientists have just discovered a new region of our brains, the lateral frontal pole, that helps us reflect on our decisions, probably so we make better ones next time. My being rattled about the kid issue after so many years is actually a good sign. It means my mind is still open. I’m still glad I stuck to my guns, but I’m also glad to know my mind isn’t painted shut.

9. We are all doing the best we can. I have a Buddhist friend who, when I get irritable at others' shortcomings, reminds me that everyone is doing the best they can (it might not be his Buddhism that prompts this, just that he’s a good guy). Joseph Shrand, the author of Outsmarting Anger: 7 Strategies for Defusing Our Most Dangerous Emotion says the same thing: everyone is doing their best at any given moment, and our best changes from second to second.

It’s a bit miraculous how much more relatable people are when you think of them this way. I can’t speak for everyone who decides not to have kids, but I know it’s the best decision I could have made for myself. Those of us who opt out of having children often do so not because we take parenthood lightly, but because we take it so seriously.