Bob Costas's red scare: Why the eye-infected anchor deserves his own gold medal

The NBC broadcaster has finally ceded his seat to Matt Lauer. He deserves cheers, not jokes 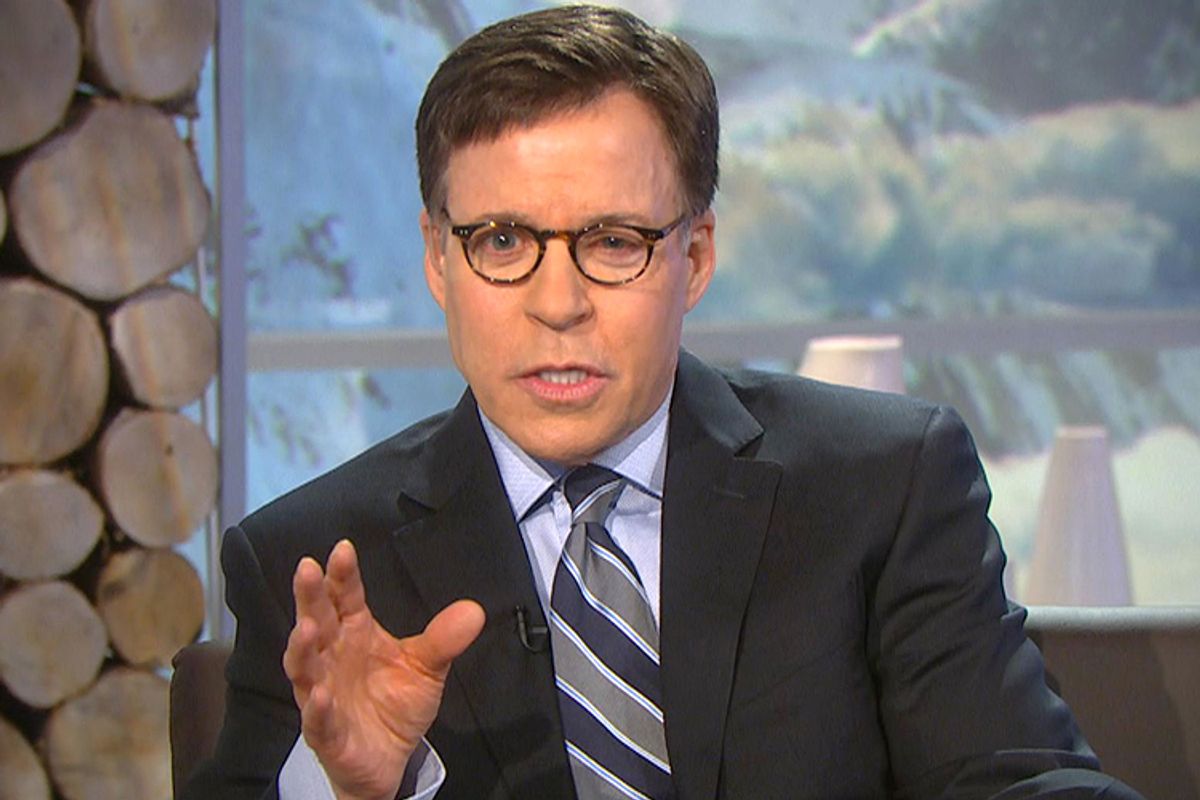 Give Bob Costas a gold medal.

The veteran Olympics sportscaster called into "Today" this morning to announce that he's taking a hiatus from the games as he recovers from an eye infection that has spread to both of his eyes.

Costas had spent the early days of the Olympics sick in a manner that was particularly visible. Were he ill with bronchitis, say, he might have soldiered through, waiting for a commercial break to stick his head in a humidifier but with no visible signs of distress the audience could notice. With his eye infection, his malady was written across his face. Surely I'm not the only audience member who grabbed at my own eye in painful recognition.

And yet, until now, Costas has gone through with a job he's both contractually bound to and, more notably, one he seems to enjoy. He's not completely insane -- he bowed out when some combination of physical pain and extreme audience alienation compounded upon themselves. But he's also a testament to the very sort of fortitude we celebrate in Olympic athletes. He's committed only to taking a night off of broadcasting, and it wasn't hard to detect in his jokey throw to his substitute Matt Lauer a certain competitive anxiety.

Those who are sick in their workaday lives shouldn't feel bad about taking days off, of course. But the biennal spotlight of the Olympic games is different than an office job; just like the athletes, Costas has only so many Olympics in which he'll be able to participate, and he clearly wants to take part in as many as possible. He's getting a lot of good-spirited japery on Twitter (much of the best jokes have been collected here) and yet he's as deserving of accolades as, 20 years ago, Nancy Kerrigan skating through her Gillooly-ing.

So much of NBC's Olympics coverage is about constructing narratives around victory that often ring false. One gets the sense that Costas' producers won't be satisfied until they cover every bad thing that's happened in an athlete's life -- and not every athlete, frankly, has overcome that much! There's not always a redemption narrative that actually works. But Costas' illness has cut through the Olympics cant. In persevering on-air and reserving comment on the matter until it was absolutely necessary, the anchor showed he's actually learned from the champions he covers.