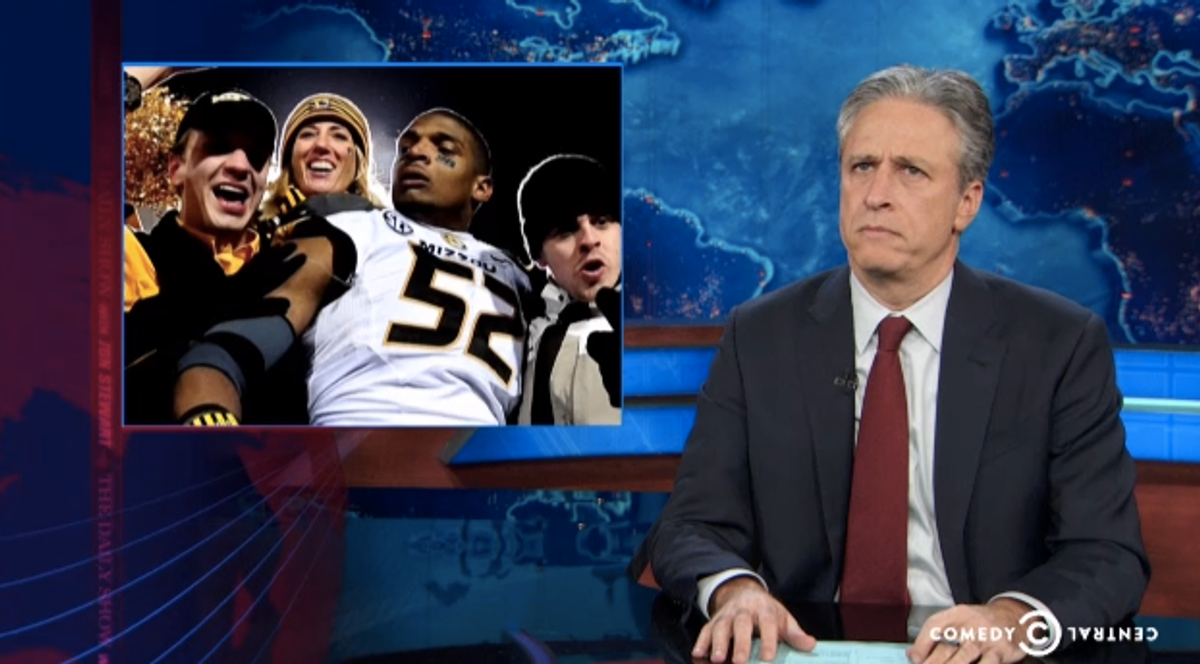 As America observes its second favorite sport, "waiting for football season to start again," Michael Sam, a 6-foot-2, 260-lb. defensive lineman from the University of Missouri and top NFL draft pick, surprised the country by coming out as gay over the weekend. Sam, the top defensive player in the best conference, could become the first openly gay football player in NFL's history.

“It’s as though sexual orientation has nothing to do with physical strength,” mused "Daily Show" host Jon Stewart, who then praised the athlete for "coming out in a sport that is not exactly known for its acceptance of gay people."

“Which just goes to show, that despite what might be the heartland’s reputation, they’ll welcome anyone, no matter how different, if you’re really good at football,” joked Stewart.

Though Sam, who came out to his team in August, has found support among his teammates and Mizzou staff, some sports analysts think that his coming out will negatively affect his draft prospects ... because ... men ... and ... locker rooms ... and ... more men ... and wait, what?

“No pro team wants the type of controversy having a gay player is going to cause," Stewart concluded, citing other recent, real controversies in the NFL. "If he had just been convicted of DUI vehicular manslaughter, or obstruction of justice in connection with a murder, or have been accused of sexual assault, or screamed the N-word at a concert, or killed a bunch of dogs and buried them in his fucking yard ... you know, NFL material!”