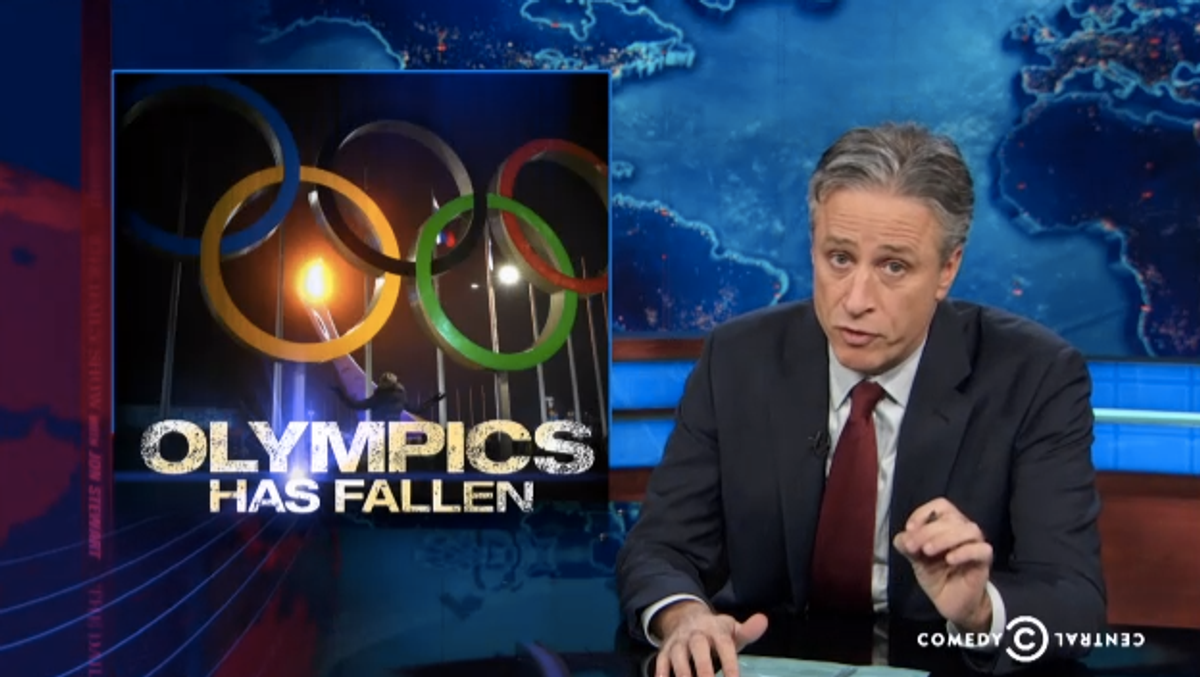 Between bizarre on-the-ground reports from journalists in Sochi and Russia's anti-gay laws, the 2014 Winter Games have successfully lured Jon Stewart away from his usual domestic target, Fox News. On Monday night, Stewart remarked on just a few of the "many stories of Sochi's uncompleted and unsafe facilities," mocking the disastrous handling of a world-class event.

But when he went to Russia, "Daily Show" correspondent Jason Jones learned that Moscow, at least, is not so so different from America (... still pretty different, though):