Sick of Valentine's cuteness? Enjoy these country odes to calling it quits 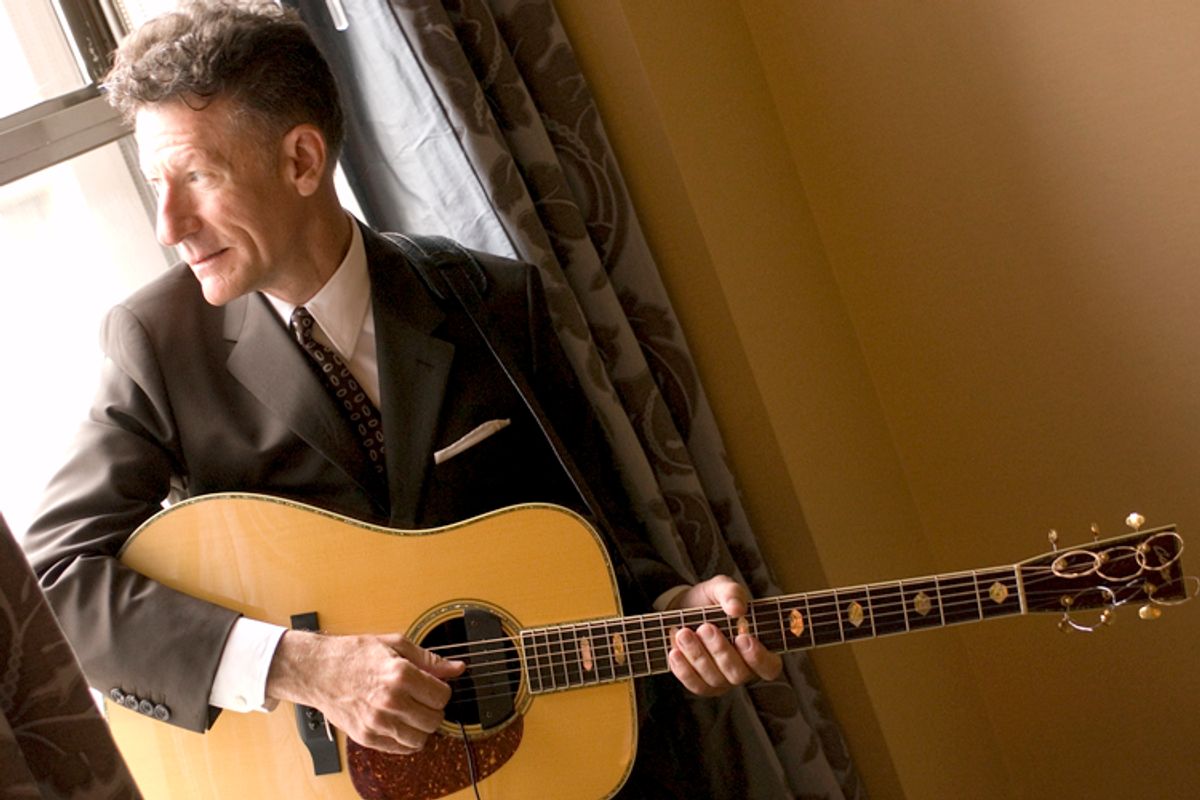 Nothing against marriage and romance, but the imperious cultural demand that we all celebrate our pair-bonding at once can feel pretty oppressive even if you don't happen to be single at the moment. Luckily, there's country music.  Country is generally thought of as music about broken hearts, but it also has a vast repertoire of songs for spitting cheerfully on the concept of love. Here are 10 tracks by which to celebrate your singlehood and/or sneer at stupid Valentine's Day.

From 1981's "Big City," this starts out as a standard (albeit oddly jaunty) weeper, with Haggard crushed by one of those traumatic country breakups. "I wanted real bad just to crawl off and die." But then, suddenly it doesn't seem so bad after all. "I think I'm gonna live forever/hey dying ain't on my list of things to do/I think  I'm gonna live forever/it feels so good just to be out of love with you." The fountain of youth is eternal not-love (possibly abetted by a swinging guitar solo).

Danni Leigh's too hardcore country to get on the radio these days, which is really a shame. That husky voice delivers the kiss-off with sensuous, languid satisfaction. "I never let myself completely fall apart/like you said I'd do./ It's been 30 long days/29 nights/and I'm still over you."  So much for your wishful thinking, boy.

Charlie Louvin, "You Finally Said Something Good When You Said Good-Bye"

Charlie Louvin had a moderately successful solo career after he split from the Louvin Brothers, the classic duo he'd formed with his older, alcoholic and generally out-of-control brother Ira. It's hard to imagine Charlie wasn't thinking of Ira during this 1964 performance off his first solo album after the split. The tough honky-tonk, quite different from the Louvin Brothers' harmony duet, only underlines how eager Charlie was to move on. "If it'll make you move faster/I'll call a cab … You've been talking for nearly a year/and you finally said something I wanted to hear."

Sweethearts of the Rodeo, "Why Should I Stay Blue"

Janis Oliver and Kristine Arnold tell a guy that they're sick of waiting around for him to get his crap together. They can go honky-tonking if they want, or jump rope like the gentleman in this video, or, even better, they can hang out together and sing sisterly harmony: "Why should I stay blue/when there's so many other things to do?"

Hank Snow, "The Gold Rush Is Over"

Snow's distinctive fruity baritone trips lightly across two minutes, 15 seconds of gleeful scorn. He sounds like he lost all his money just for the pleasure of telling his interlocutor to get lost. "You shoveled out the sweet talk when the pay dirt was paid/now all you shovel out is just a dirty dig/well stop diggin' honey 'cause you're wasting your time/this old gravy train is at the end of the line." With that wordplay and the theme, you feel like Hank should have been born 50 odd years later so he could have gone into hip-hop.

Maddox Bros. and Rose,"Pay Me Alimony"

The Maddox Bros. hot hillbilly boogie blasts along its hip faux-backwoods way while Rose hiccups and keens with delight at the thought of taking her former beaux to the cleaners. "His pocketbook he threw away/he fed on stale baloney/for every time he got a dime/I wanted alimony." She even whispers "alimony" to him on his deathbed. Love doesn't get any meaner than that.

Late Waylon Jennings from 1991, with his glorious voice a shadow of its former self. He's still got that outlaw swagger, though, whether he's describing the whiskey smell of her hair or staying just this side of the country radio censors by explaining he doesn't have a shiv to get. I think the big finish is probably my favorite lyric on this list: "I don't want your nasty kisses/And don't tell me no more lies/Get your tongue out of my mouth/I'm kissing you goodbye."

One of the all-time classic country kiss-off songs, topped with a nicely deceptive title. Lynn isn't actually wishing her guy many returns of the day. "Tonight I'll step out too," she sings, "and since I won't be here/Happy Birthday, Merry Christmas and Happy New Year." You wonder if she managed to inspire anybody out there to actually include that line in a Dear John letter. (Sort of a surprise that she didn't mention Valentine's Day, specifically, but I guess she could only fit so many holidays.)

Lyle Lovett's entry here is, characteristically, a bit elliptical, but the point comes across: "So who says he'll forgive you/And says that he'll miss you/And dream of your sweet memory/God does/But I don't/God will/But I won't/And that's the difference/Between God and me." Maybe God'll send her a valentine.

Taylor Swift, "We Are Never Ever Getting Back Together"

I'm sure most traditional country fans gag at Swift's twangless indie-rock sound and teen singer-songwriter persona. But my 9-year-old niece loves this song, and when she's right she's right. "And you would hide away and find some piece of mind/with some indie record that's so much cooler than mine" may not be quite as directly nasty as Waylon Jennings or Loretta Lynn, but the understated arch contempt has its own appeal.  Also, I like the freakish dancing stuffed animals. I'll admit it.