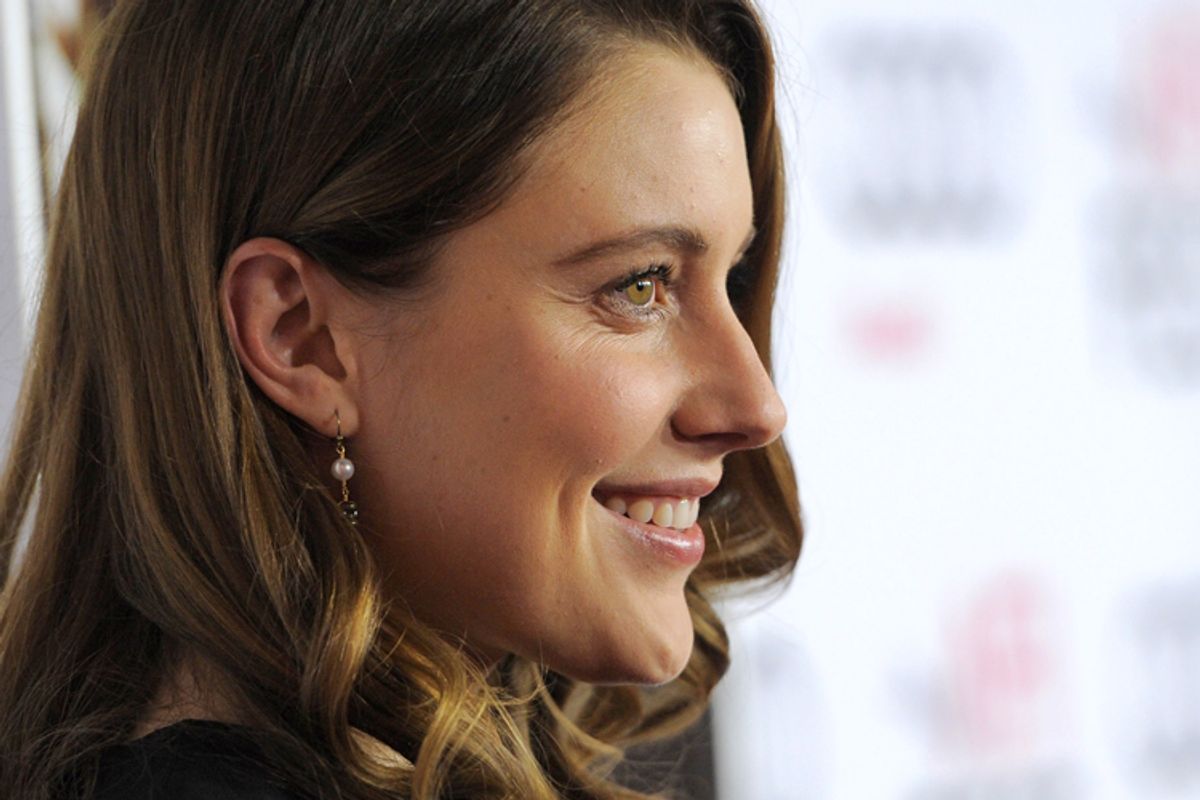 It was announced yesterday that Greta Gerwig will be spearheading a spinoff of the CBS sitcom "How I Met Your Mother" titled, appropriately, "How I Met Your Dad." I have written previously in this space about episodes of "HIMYM" piling up on my DVR unwatched. Since I was once a wildly effusive fan of the program, it pains me to point out that it has had one of the most precipitous declines I have ever witnessed on television. In all possible fairness, I was only a few episodes into this most recent and final season before I found myself unable to continue, so I can only truly speak to what the show once was.

When this sitcom about late-20-somethings began, I was just over the 30 mark and found the characters' antics strangely relatable. I say "strangely" because it's not like Ted Mosby's whitewashed backlot New York City was any more true to my own -- the real one -- than, say, that of "Friends." But there was something about the interpersonal, obsessively unready-to-grow-up dynamics of Mosby's five-person crew that at its core felt familiar, and at its most reasonably far-fetched resonated with my behavior and that of my friends. From job dissatisfaction to regrettable alcohol consumption to organically evolving in-jokes to the quest for the perfect burger, "HIMYM" elevated friendship and big, dumb life in the city to adorable absurdity.

I have been informed by city-dwelling 20-somethings in my circumference that Greta Gerwig's most recent film, the Noah Baumbach-directed indie "Frances Ha," is relatable to their experience in a similar way. And so, as Entertainment Weekly asserts, Gerwig taking part in the project, not only as the lead actress but as a producer, is a good sign. For much of her previous work, Gerwig has earned the occasionally reductive catch-all "quirky." "Frances Ha," which she co-wrote, balanced melancholy with an acceptable amount of whimsy. With "HIMYD" -- wow, that sounds awful! -- tone is very much at stake, for "HIMYM" eventually devolved into leaden wackiness. Hopefully, with Gerwig at the helm of this spinoff, CBS will remember what to spin off and what to leave behind.