For those watching the snowboarder compete tonight, a look back at his career -- and forward at his future 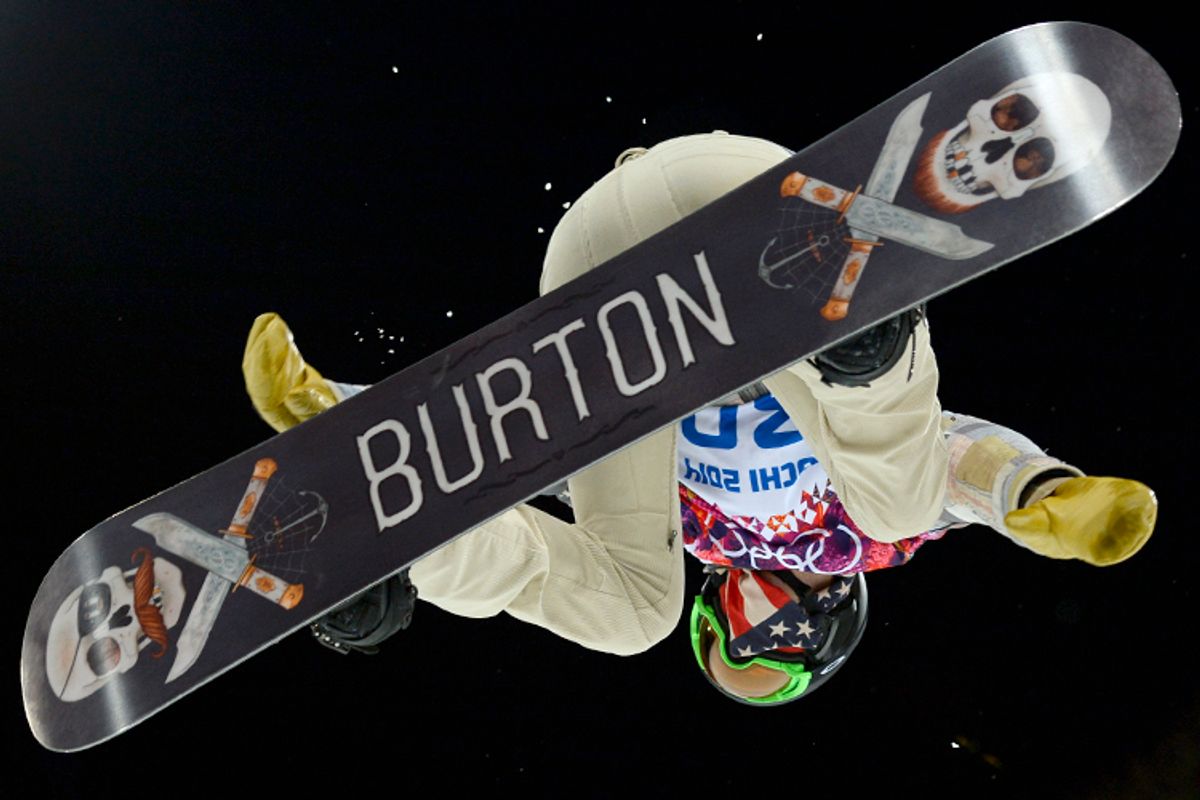 Those of you watching the Olympics in prime time tonight will get to see Shaun White, arguably America's top snowboarder (or at least its most recognizable), in his quest for gold. White, who has been competing professionally since he was 13, has won 18 medals at the Winter X Games since 2003, and won gold medals in the halfpipe competition at both the 2006 and 2010 Winter Olympics. At Sochi, he walked away from the new Olympic snowboard event, slopestyle, after citing concerns over the course's safety and "to focus solely on trying to bring home the third straight gold medal in halfpipe for Team USA."

Now White is reportedly taking "a little break" from the sport. Instead, he will tour with his band, Bad Things.

Here's a look at White's top tricks, along with a preview of what his future as a musician holds:

White earned a first-run score of 46.8 out of 50,securing his place as a gold medalist in his first run.

White scored 100.00, a perfect score at the Winter X Games in 2012, in what was widely considered to be his best run to date. He completed the halfpipe run with a frontside double cork 1260 -- a trick he invented just four days prior.

White practicing his new, ambitious trick for the halfpipe in Sochi:

In a Billboard interview from the summer of 2013, White said that his music helped him keep his training "fun and exciting." Sometimes, "you gotta take a break from it," he explained. But the band, who released an album in October, went on break to accommodate White's training schedule. “We’re taking a quick break so Daddy can go do what he does best,” joked vocalist Davis LeDuke.

Here is their single, “Caught Inside”:

And here they are, performing at Lollapalooza: