The four-time Olympian and medal winner suffered a medical injury 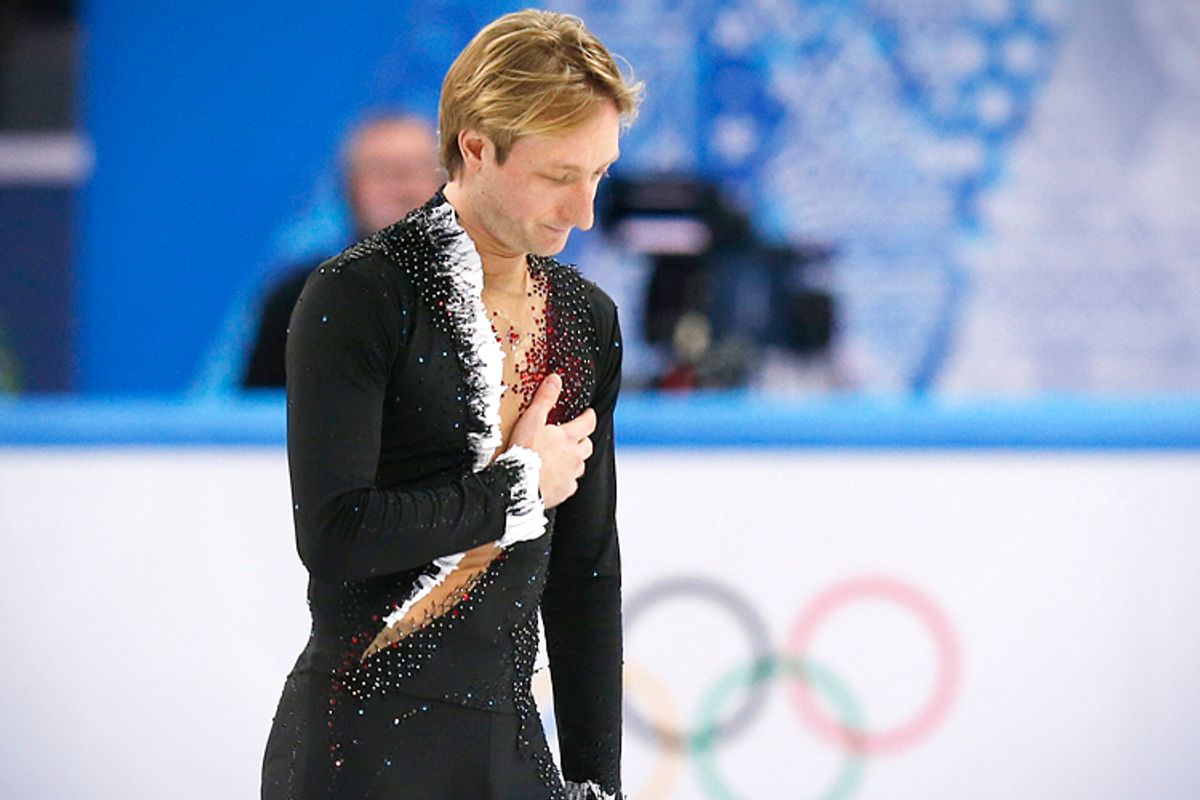 A medical injury has caused four-time Olympic medal winner Evgeni Plushenko to drop out of the men's figure skating individual event, just before he was to compete on Thursday. He was Russia's sole competitor in the event and was expected to bring home a medal.

But during a warmup run, the 31-year-old skater awkwardly landed a triple axel, after which he remained hunched over, gripping his back. He attempted the stunt again, but failed, and consulted on the side with coach Alexei Mishin before announcing his withdrawal. The AP reports that "he actually was injured in practice the previous day."

Plushenko has been suffering from severe back pain, with four screws in his back from surgery last year -- one of 12 surgeries he's had for his back and knees. In fact, due to his injuries, USA Today notes that "many expected Plushenko would withdraw before the individual event."

Plushenko helped Russia win the gold medal just days prior, and the AP reports that he "is the first figure skater in the modern era to win medals in four Olympics."

Plushenko, limping, waved to the crowd and then bowed out of the 2014 Winter Olympics in Sochi.