Stunning views from above of this winter's latest blizzard 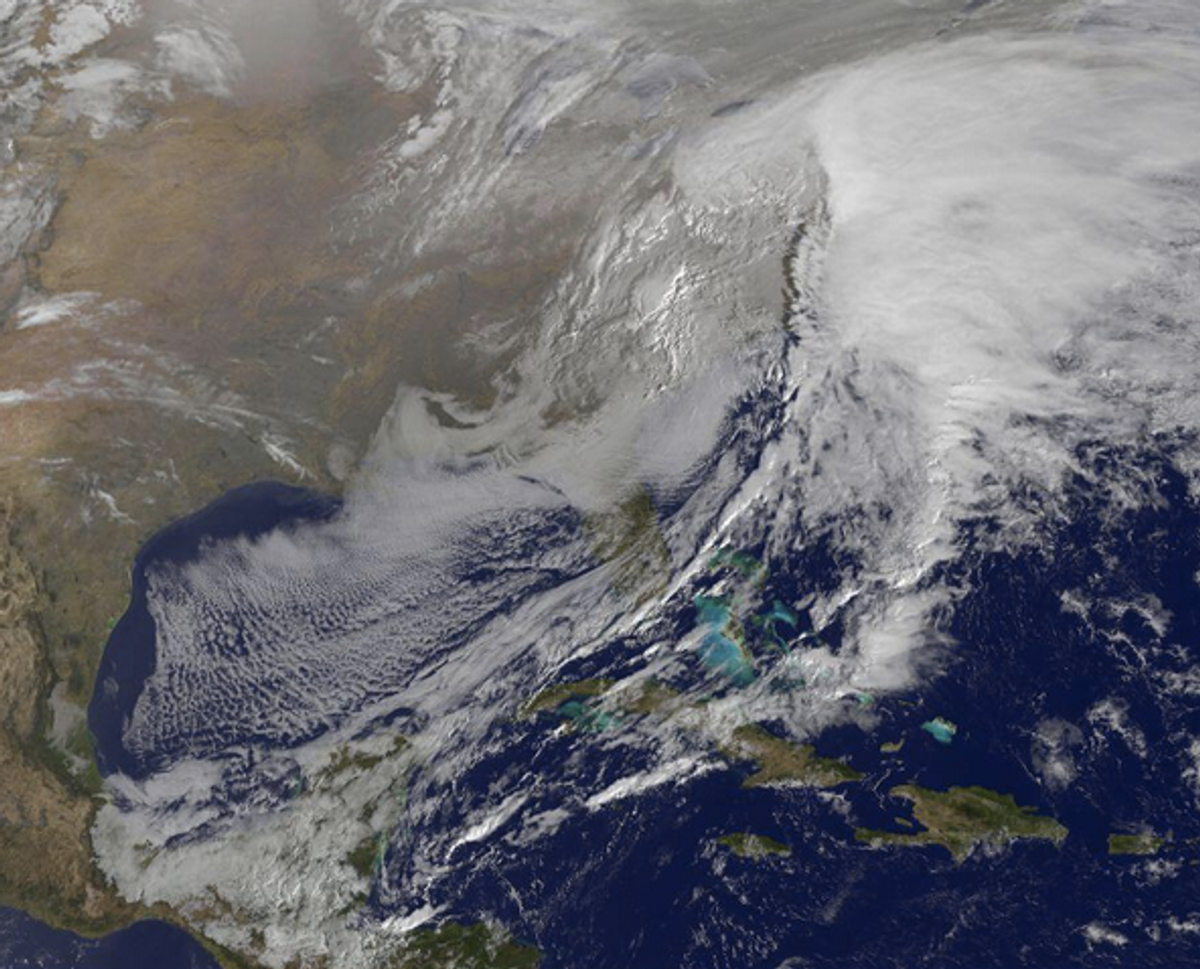 It's not just you: The season's latest winter storm is covering a wide swath of the U.S., the kind of unusual event in which both Atlanta and Boston are blanketed in snow.

This video from NASA's GOES satellite shows three days of the storm's progression, starting in the afternoon on Feb. 10 and continuing through Feb. 12:

More from NASA on what you're seeing:

In the video, viewers can see the development and movement of the clouds associated with the progression of the frontal system and related low pressure areas that make up the massive storm. The video also shows the snow covered ground over the Great Lakes region and Ohio Valley that stretches to northern New England. The clouds and fallen snow data from NOAA's GOES-East satellite were overlaid on a true-color image of land and ocean created by data from the Moderate Resolution Imaging Spectroradiometer or MODIS instrument that flies aboard NASA's Aqua and Terra satellites.

Other pulled-back views of the storm are equally stunning: