A brilliant response to the Fox anchor, who is auctioning off his dull notes from an interview with President Obama 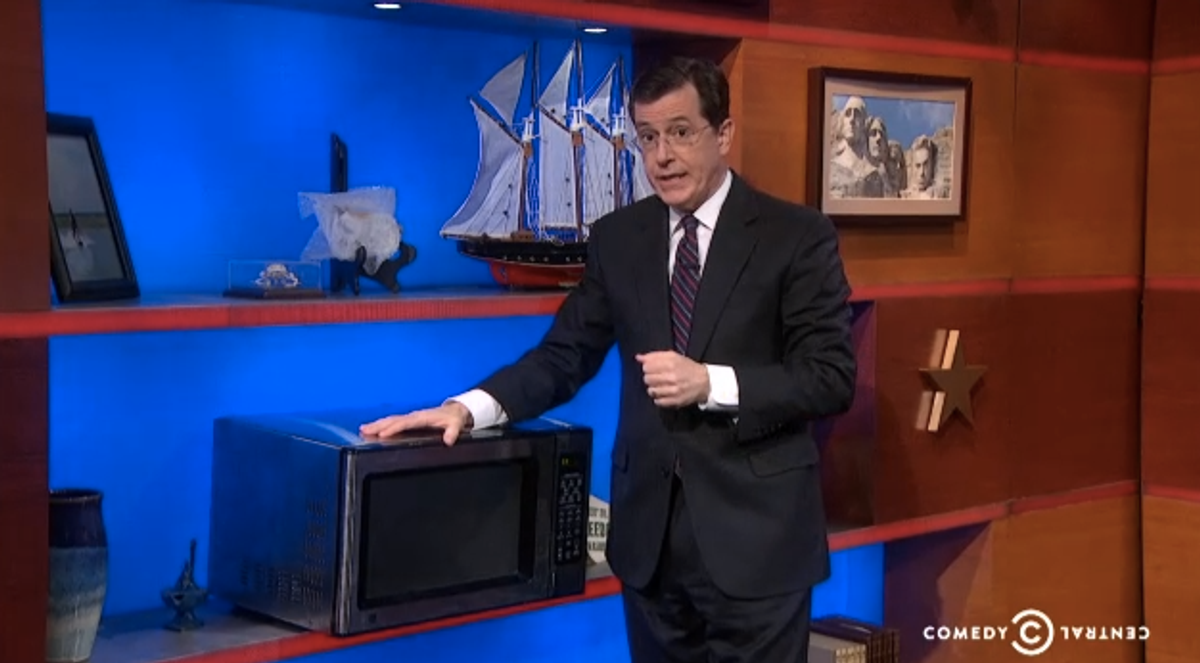 Bill O'Reilly is really impressed with Bill O'Reilly. "On Super Bill Sunday, Bill O'Reilly gave the interview of the decade," Stephen Colbert reminded the world on "The Colbert Report" Wednesday night, lest we forgot.

Now, the ever-enterprising O'Reilly is auctioning his "one of a kind," "journalistic" handwritten interview notes, signed by President Obama -- and, more important, himself. The bidding starts at $10,000, but cheapskates can buy a replica (photocopy) for $25. The proceeds will go to Fisher House, a charity that assists military families.

Because "everything this man touches is historic," Colbert is now auctioning off a microwave that he claims to have stolen from the Fox News green room on the historic night of Jan. 18, 2007, when he appeared on "The O'Reilly Factor" for a debate.

It's "the most historically important journalistic microwave since 1977's Defrost/Nixon!" Colbert exclaimed. "I was going to take Bill's cue and open the bidding at $10,000, but after a little research on eBay, I found out that most 6-year-old microwaves go for about $40."

"However, this one was used by Bill himself," Colbert added, "so we will start the bidding at $43."

The microwave is signed by Colbert, and Bill O'Reilly -- "if he signs it." Colbert is also selling a "Xeroxed copy of an actual iPhone picture of the microwave" for $10. Proceeds for Colbert's auction items will go to another military assistance charity, the Yellow Ribbon Fund.